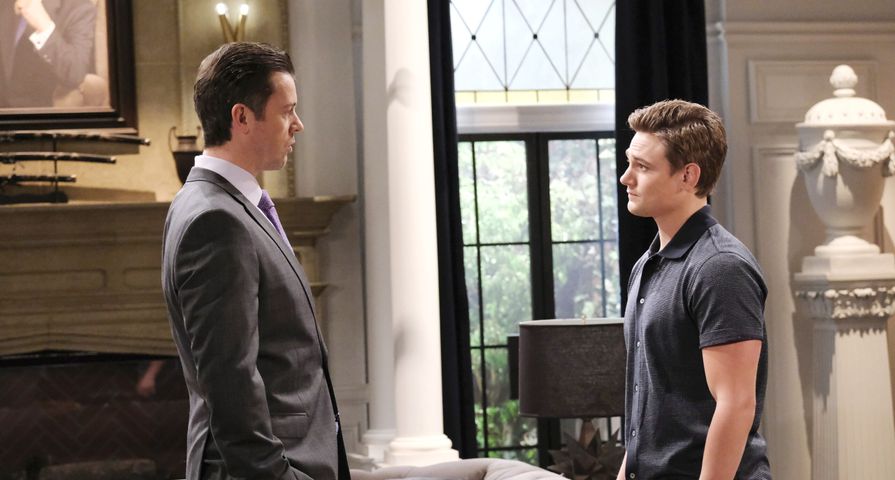 Will Marlena save the day for Johnny? Will his film reveal secrets unknown to some? Will Doug be okay? So many unanswered questions for Days of Our Lives (DOOL) fans; however, there’s nothing viewers love more than speculating on storylines! As such, below are some DOOL plotline predictions for September 13th to September 24th, 2021.

From this week’s Days preview video, it seems as if the main focus of storylines will be about Johnny’s movie. The plotline of the flick will be revealed, and it sounds as if the young DiMera has chosen to focus on his mother’s life. Makes sense. Sami’s story has been an interesting one over the years. After all, there’s a reason why she’s taken center stage in DOOL storylines for decades now! 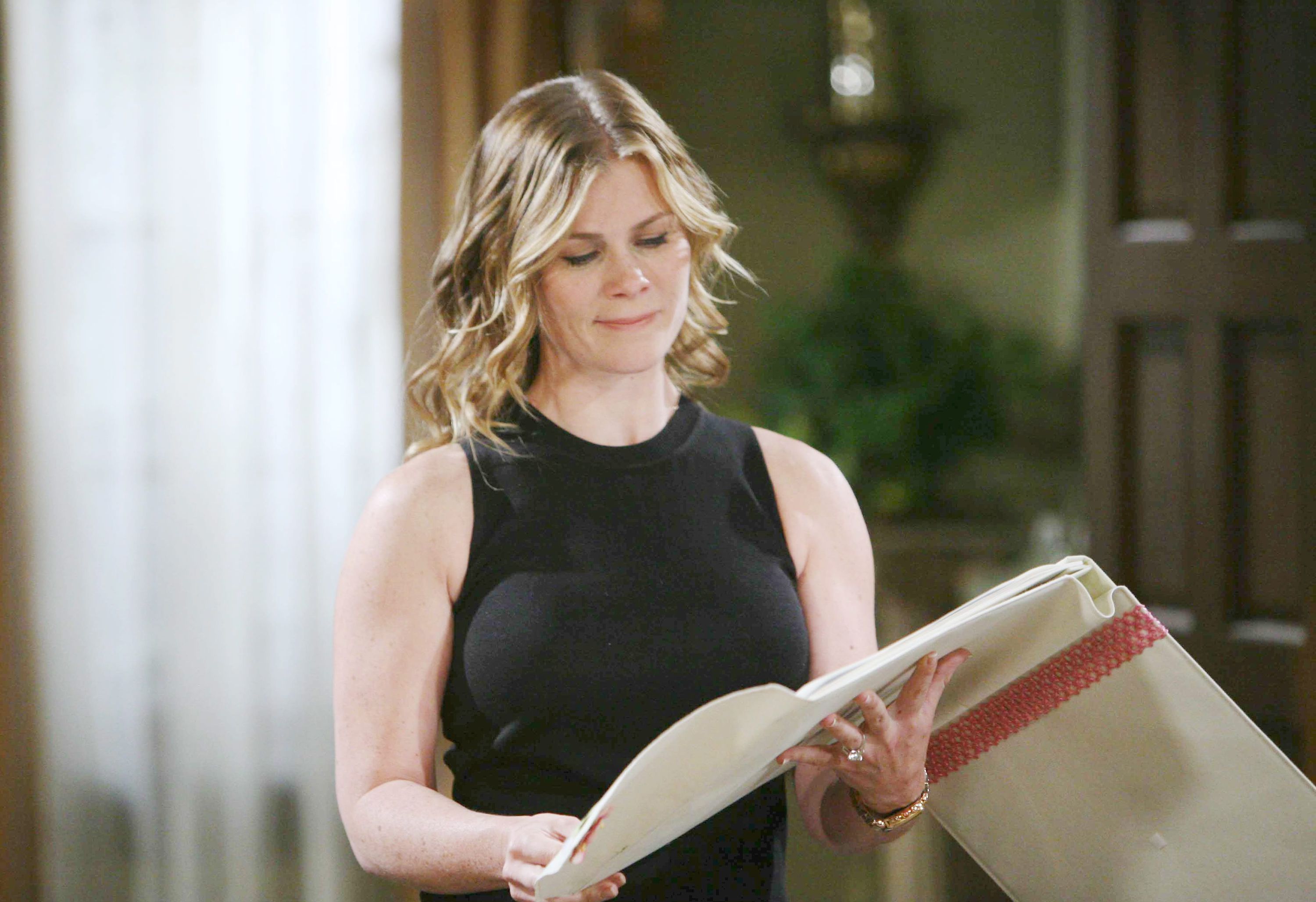 DOOL spoilers hint that Marlena could be the one who funds Johnny’s movie. With that said, Evans will also find out the plot of the flick, and the fact that her romance with John will be a part of the film. But “romance with John” makes it seem like their relationship was roses and kissing under the stars. The truth is, Sami became a turbulent teenager because she caught her mom having an affair. Marlena was with Roman at the time when she hopped into bed with John. While it was the beginning of “Jarlena” as Days fans know it, it was still a hard time for Sami and has been a source of guilt for Marlena. 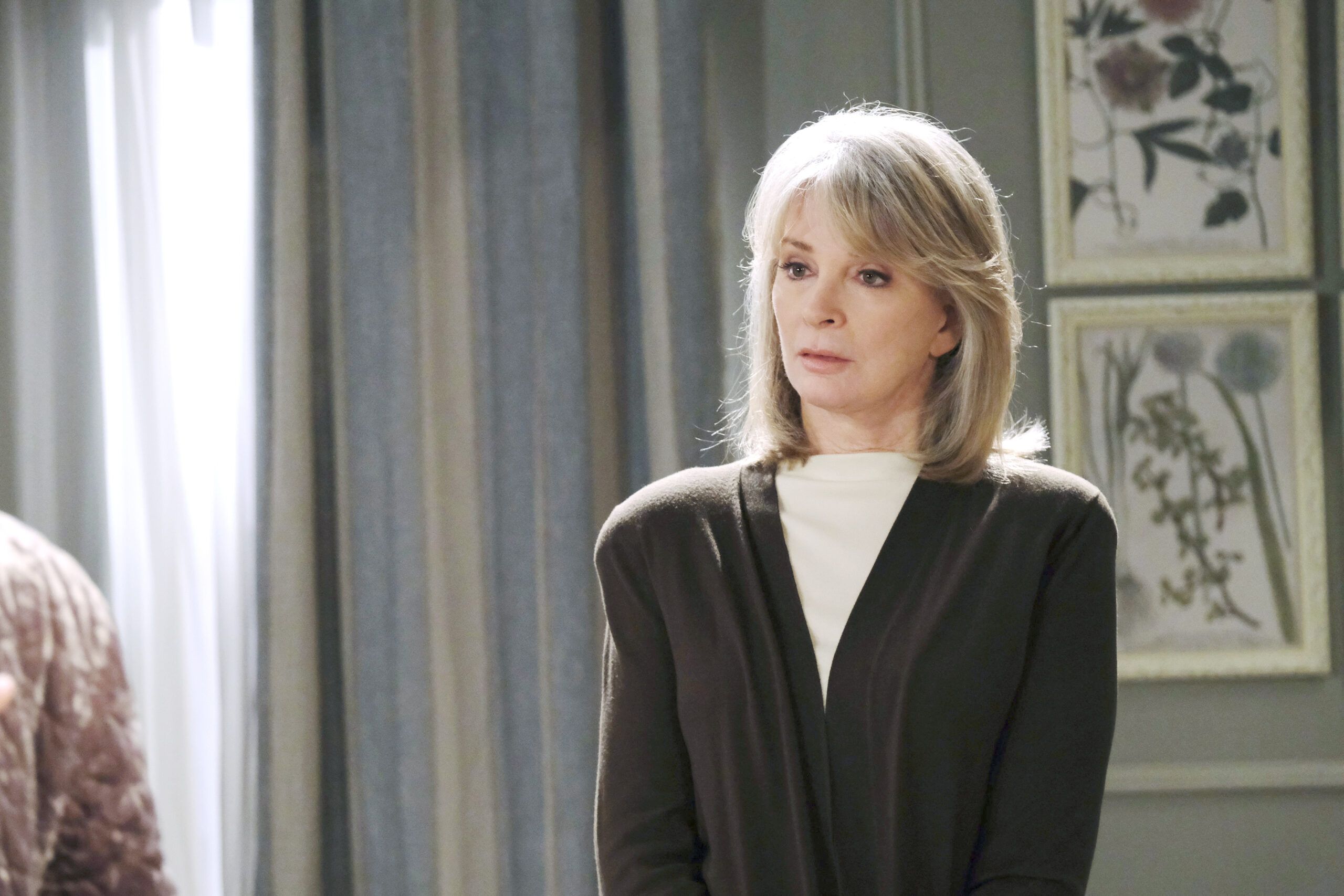 Days spoilers suggest that John and Marlena will have to relive some painful memories this week. Everything worked out in the end, but when Marlena and John were first exposed all those years back, it was a hard time for them, as well as Roman and Sami. Will Marlena decide to move forward with funding Johnny’s film project, or decide against it now that she knows the plot? 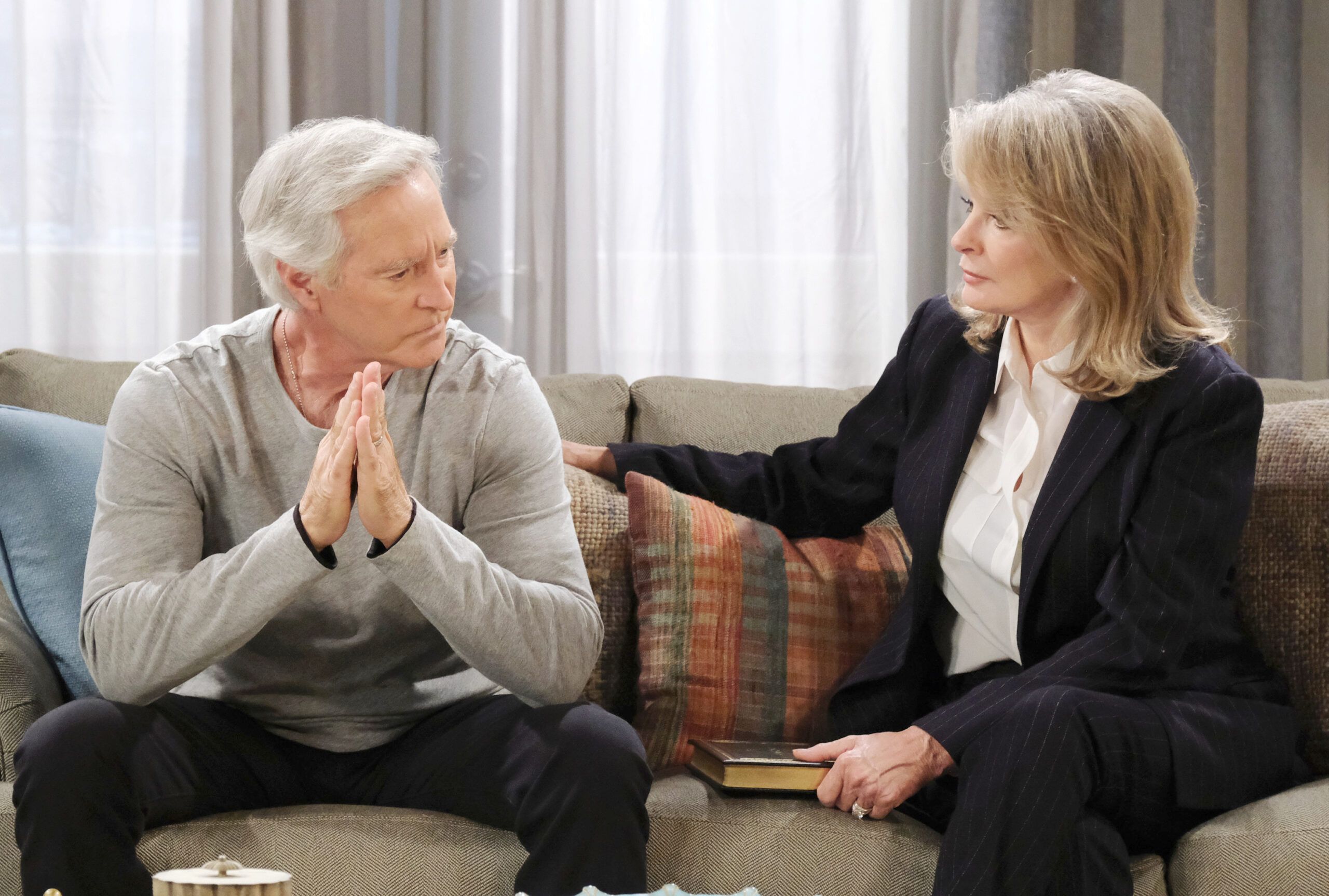 Marlena is not a selfish woman. While she knows seeing Sami’s life story onscreen might stir up some painful memories for her, John, and her daughter, she also knows that Sami has had amazing moments in her life, too. Her daughter’s story needs to be told. Plus, she won’t want to hold back her grandson from his dreams. She’ll want to support him by doing all she can do. 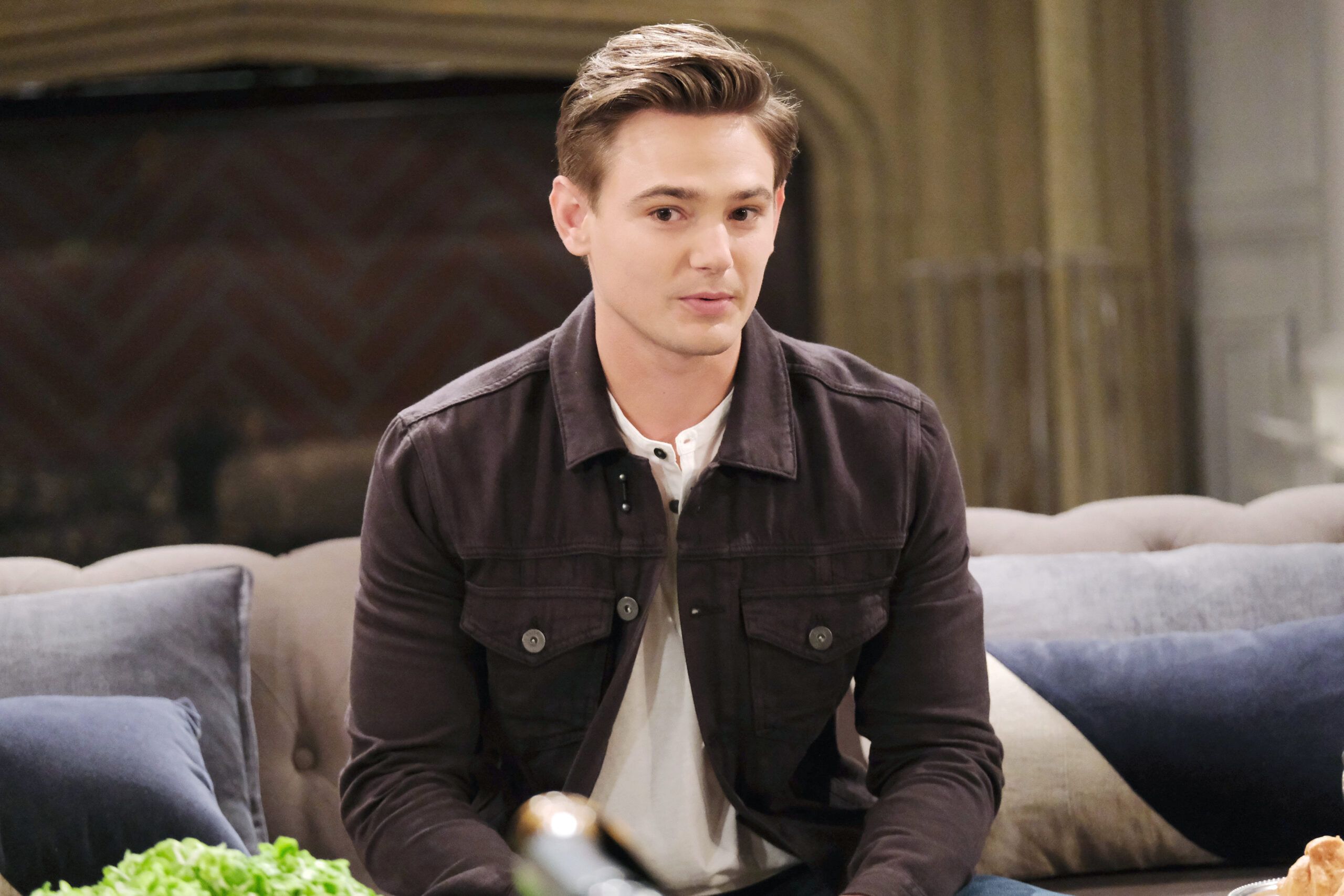 When EJ finds out that Johnny is moving forward with his film project, this will create even more father-son conflict. DiMera will be upset at Evans for funding his son’s film, and he’ll work hard to sabotage it over the next couple of weeks. Johnny will know his dad is behind any delays. This will just create more drama between the two. 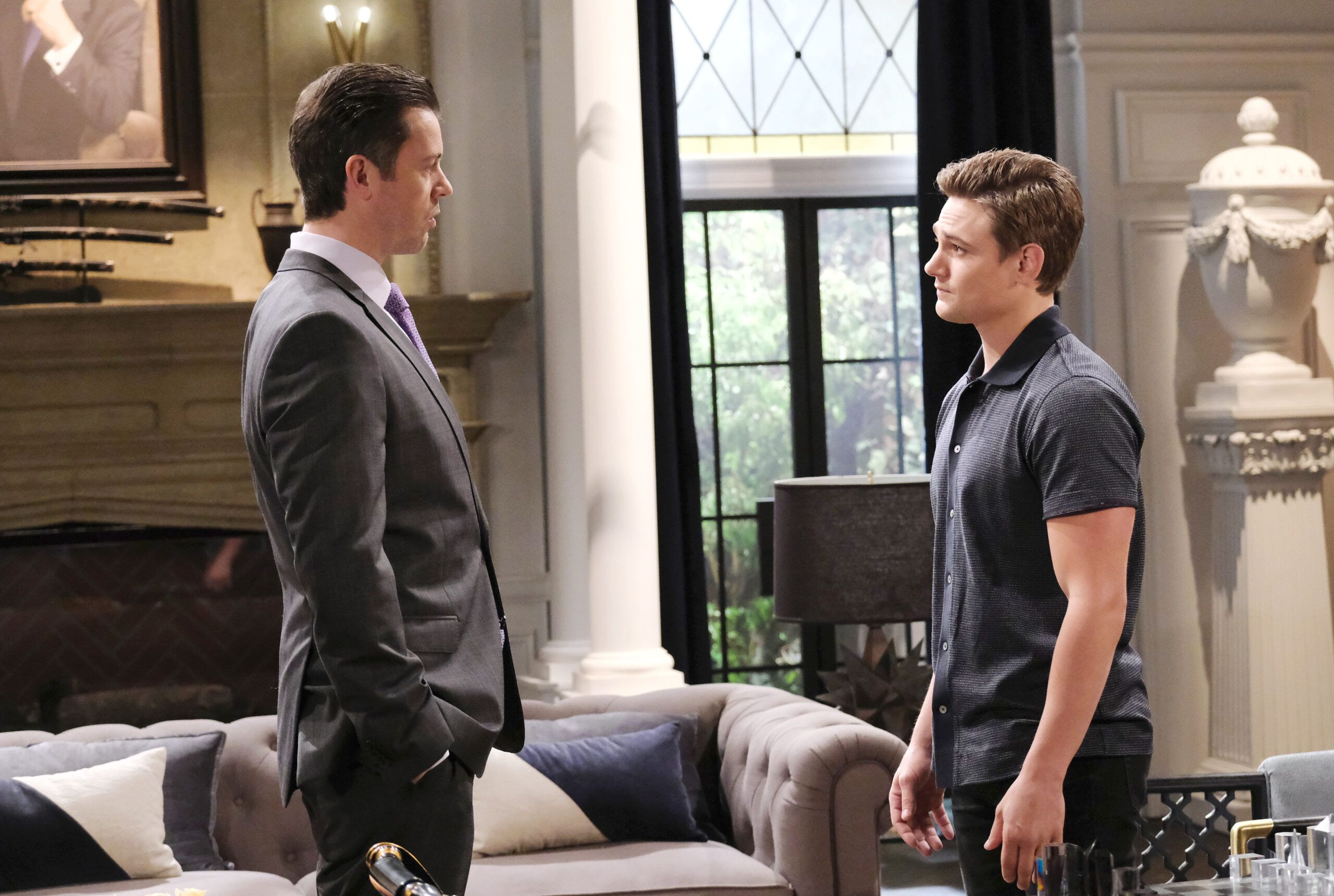 7. The Film Depicts EJ As A Villain

The Days preview video for this week reveals a clip where Johnny states he believes Lucas is the great love of his mom’s life. Could the young DiMera paint his father as the villain in this movie? After all, while Sami and EJ eventually fell in love, there were some tumultuous times between the two at the beginning. Plus, DiMera did force himself on her, which is why Johnny exists! EJ has walked a fine line between “good” and “bad” over the years, anyway. He’s been a good guy and villain. Maybe Johnny’s movie will stay true to all of this. 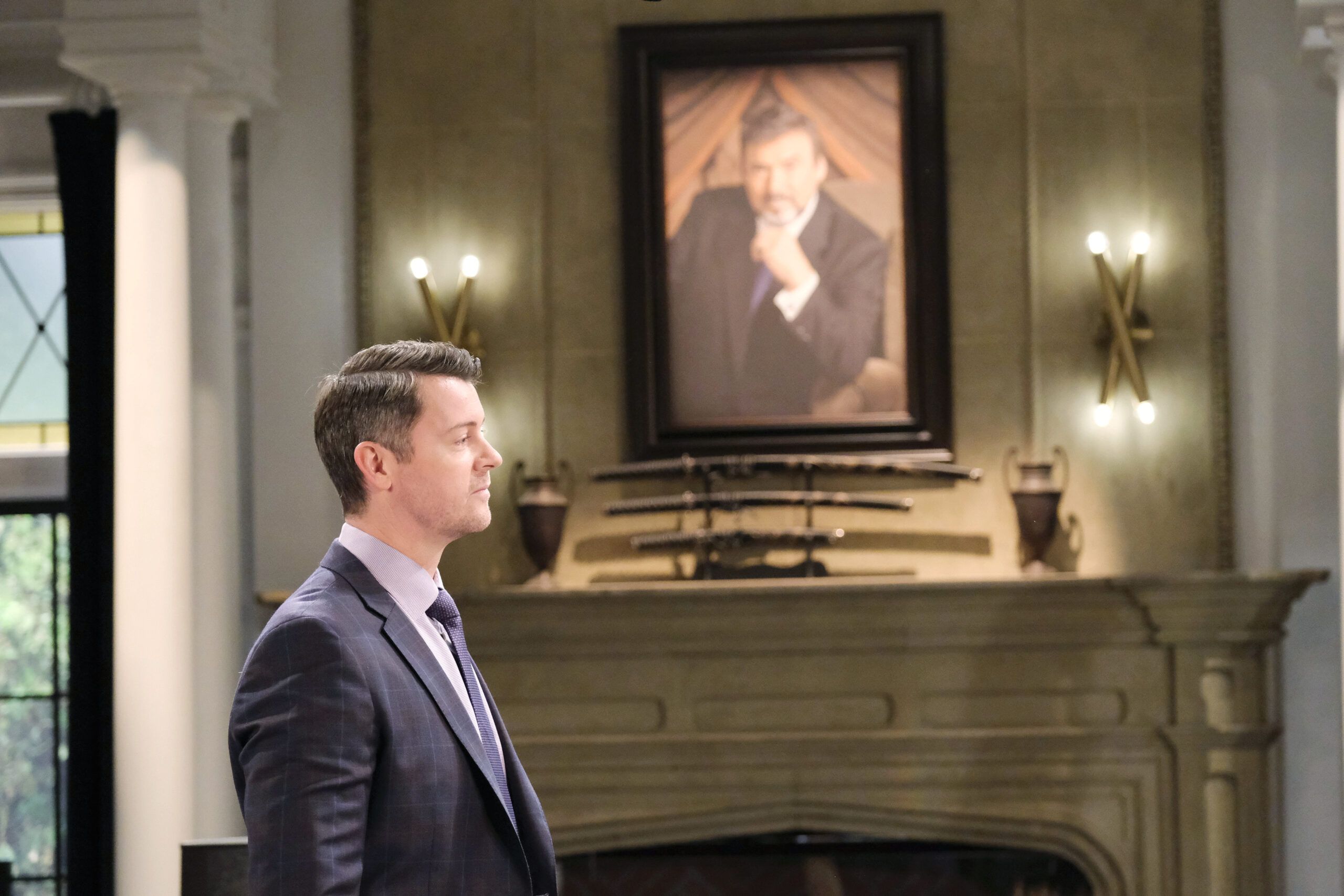 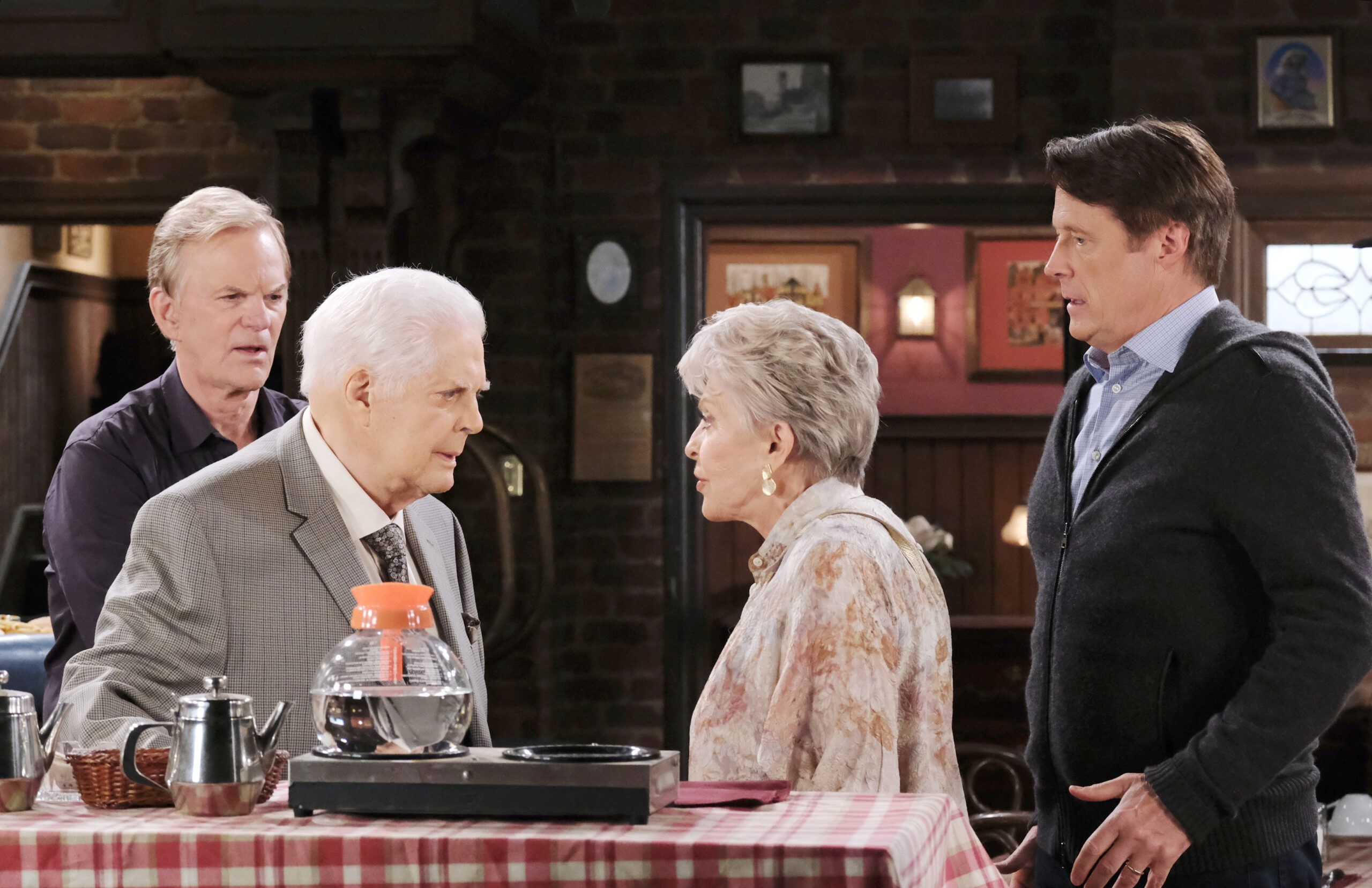 Can Kayla help place Doug on a proper treatment plan to help stabilize his condition? Probably, but even if this gets done by the week of September 20th, it’ll take time for his body to positively react to either medication or lifestyle changes. Sadly, things will get worse for Doug before they get better. Abigail is officially back in the land of Salem, so fans should expect some major Chabby drama to hit the fan this week and next. DOOL spoilers note that Chad will offer up an emotional plea to Abby, begging her to “come home”. Abby will throw out an unexpected request. Does she want the family to move out of the DiMera mansion? There are so many bad memories in that house. Plus, EJ is back in there, so things could get awkward. 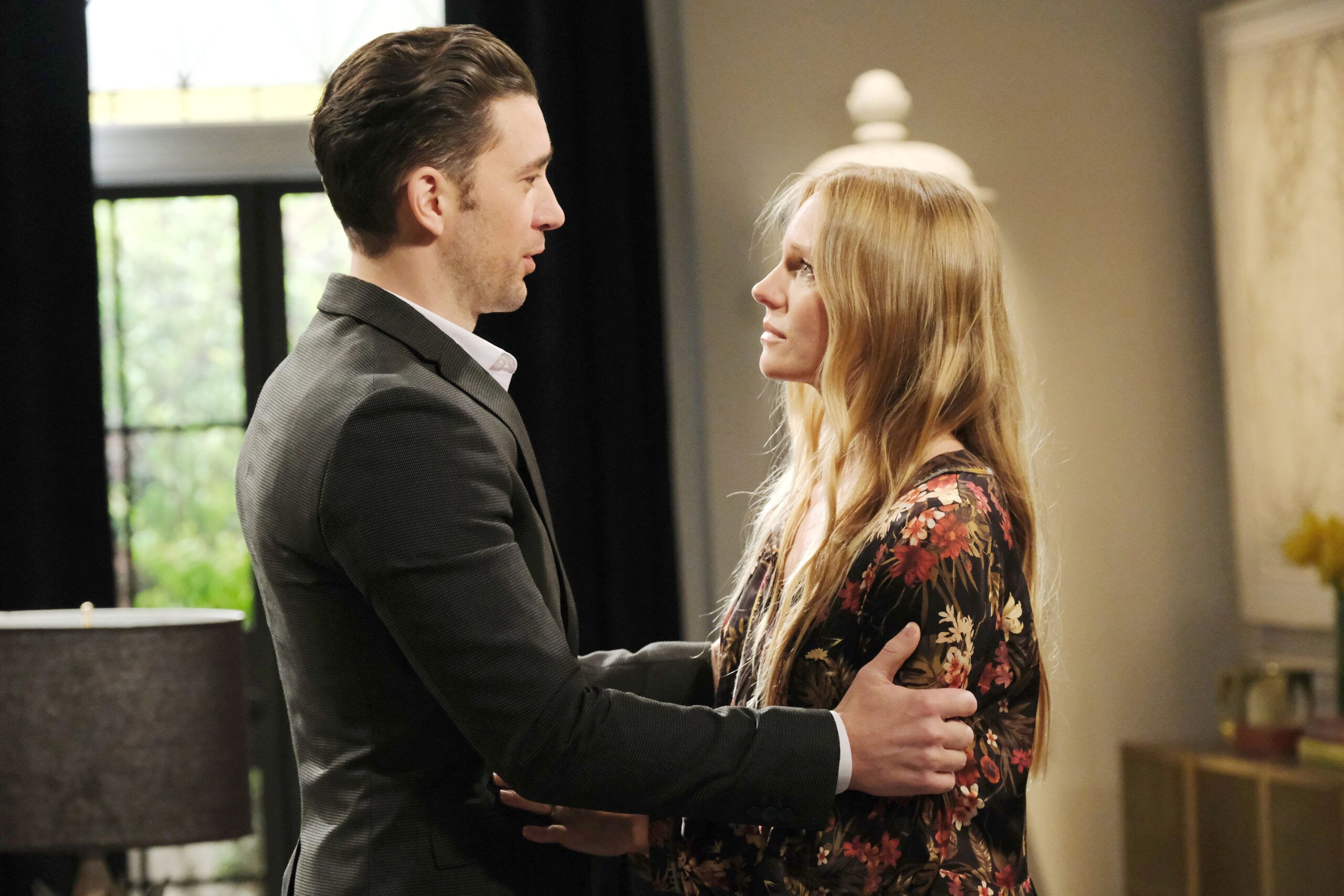 Sounds like Steve will “encourage” Justin to help Bonnie this week. Added DOOL spoilers indicate that Bonnie will also have a chat with her love and explain “her side” of the story in all of this. Will Justin forgive Bonnie? Will he decide to represent her in this case? Sounds like Rafe will have a ton of incriminating evidence on Lockhart. 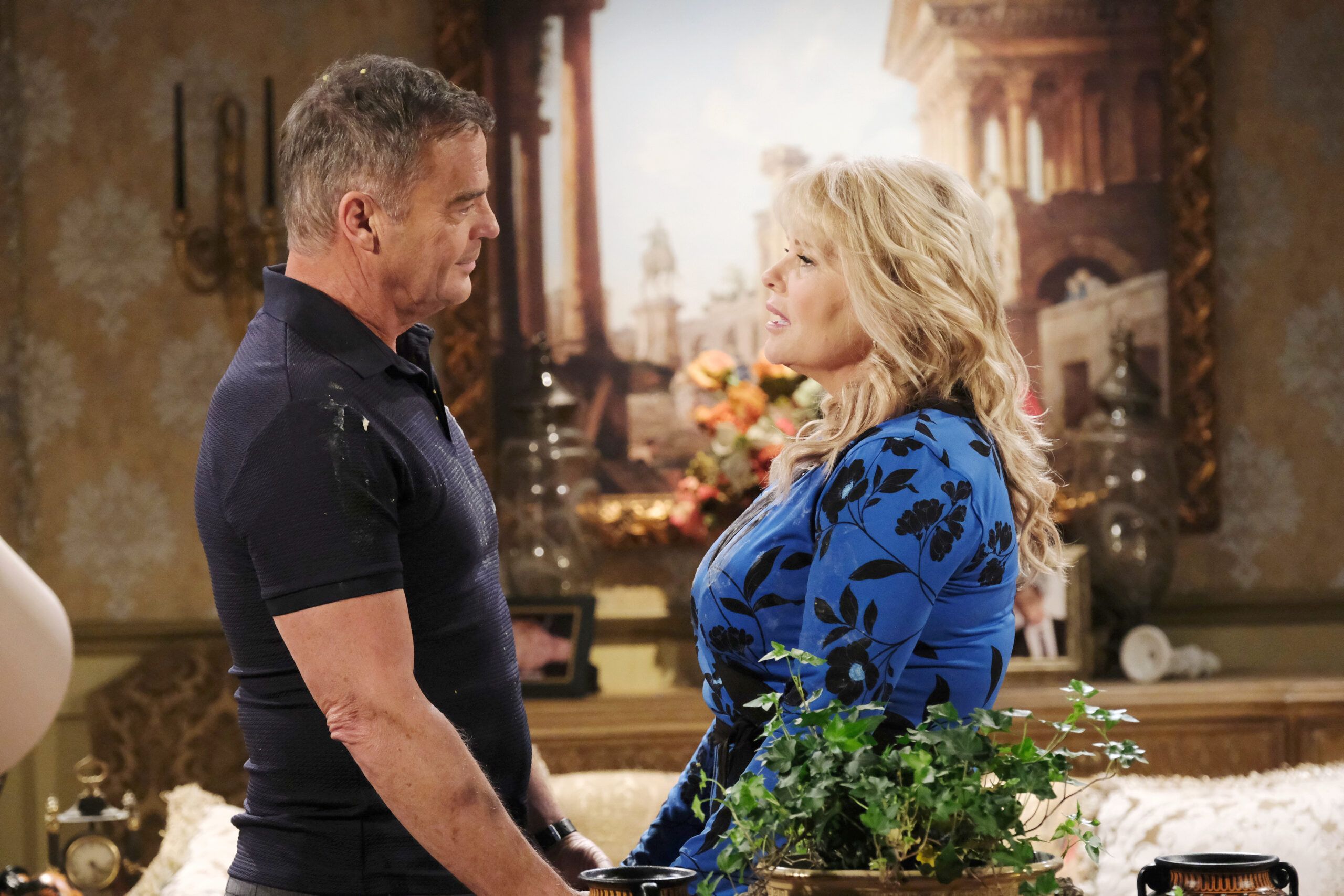 Justin will decide to represent Bonnie and help her out of this situation. However, as she hid the truth from him and didn’t tell him about everything that was going on, he may hold back on an official reunion. Justin will still be hurting from Bonnie’s betrayal this coming week and next. The couple have hit a roadblock, but will their love survive? 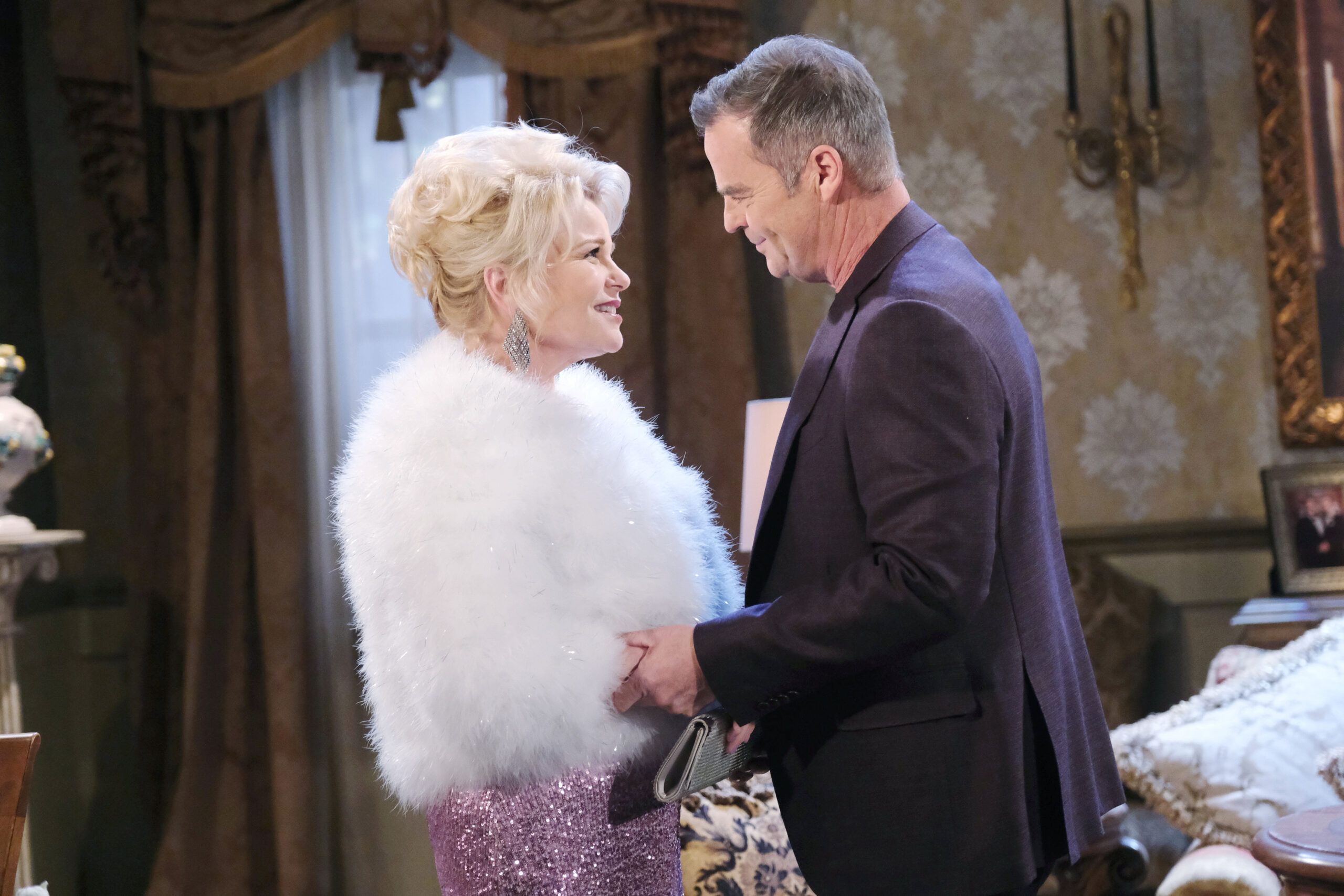 Will Ciara let go of the idea of expanding her family with Ben? Probably not. She won’t “push” the situation; however, she’ll continue to drop massive hints. These two are set to take a trip this coming week, and she’ll throw little teases his way. She won’t pull out the “big guns” on having a baby until they return to Salem. 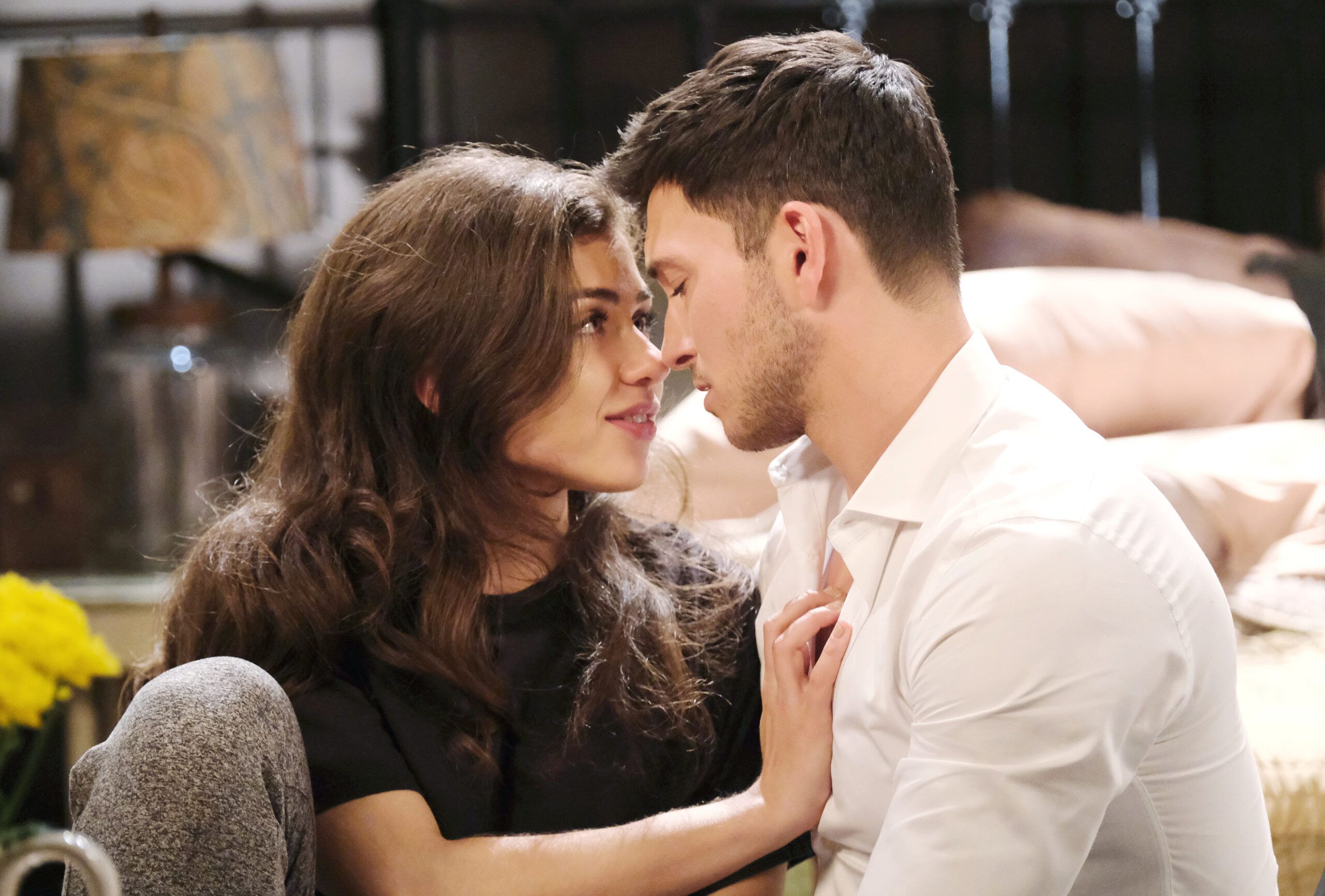