10 Best Animated Movies Not Made By Pixar 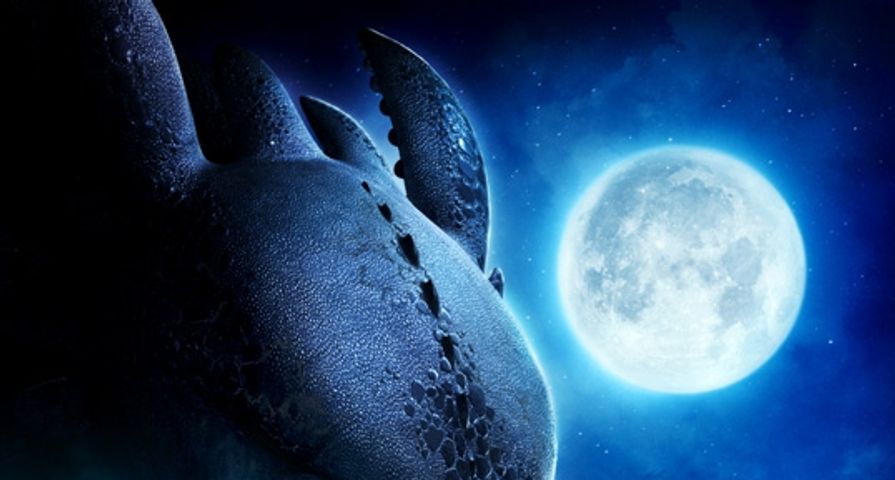 Since the release of its debut feature film Toy Story in 1995, Pixar Animation Studios has solidified itself as the dominant force in computer animated entertainment. However, over the past few years, Pixar has had a bit of a creative lull, allowing other studios to move in and take a slice of the animation pie. Although Pixar still has the strongest lineup of films and franchises, there have been a good number of excellent films released by other studios, particularly DreamWorks Animation and Disney, over the last decade that have started to approach the Pixar films in terms of quality. Pixar is definitely not the only legitimate name in the animation space anymore, with the following 10 films being output from other studios.

As its title implies, Happy Feet is indeed a joyous affair. In this Warner Bros. film, the empire penguins of Antarctica mate and communicate through singing. Mumble (Elijah Wood) is a young penguin who is an outsider from the rest of his kind because he dances rather than sings. Happy Feet is, at its core, a very basic film about being an outsider and not fitting in, but the film skews towards a younger crowd, so its simplicity can be forgiven. The film loses its footing (no pun intended) in the 3rd act, which sees the introduction of humans, whose addition feels jarring given the cartoonish feel of the rest of the film. Fortunately, there are enough entertaining moments throughout to make up for this lull and the late, great Robin Williams harnesses his Genie vocal talents once again with a show stopping performance.

Jack Black may have fallen out of favor in his live action roles but it’s hard to deny that he excels in this animated picture. Black voices Po – a lovable, clumsy panda who is chosen as the legendary “Dragon Warrior”, despite having no martial arts ability whatsoever. Kung Fu Panda is a fun spin on a familiar plot device, as Po hilariously endures not only the ire of his heroes, the legendary Furious Five, but his own failings in any physical activity as he trains to become the Dragon Warrior. Jack Black embodies Po with his own knack for physical comedy and despite the slapstick, there is a real emotional core at the center of the film. Kung Fu Panda was released in 2008 and is often considered a prime example of DreamWorks Studio’s rise in quality from its earlier pictures.

The Shrek series eventually hit a wall of diminishing returns, with several sequels that failed to inspire much fanfare. Fortunately, the first couple of films, particularly 2004’s Shrek 2, are stellar animated fare. Shrek 2 is one of those sequels that expands and improves upon the original, as it introduces more characters and branches out in terms of its storytelling and emotional depth. This time out, the lovable ogre (Mike Myers) is set to marry Princess Fiona (Cameron Diaz) but has to contend with meeting her parents first. The principal cast is in fine form but the film is elevated to another level by the introduction of Puss in Boots, voiced by Antonio Banderas, who imbues the character with a Zorro-like persona to hilarious result. Shrek 2 has gone on to be eclipsed by better animated fare over the years, but the film still remains a highlight of the computer animation genre.

7. Cloudy With a Chance of Meatballs

Cloudy With a Chance of Meatballs is a film that seemingly came out of nowhere to make a name for itself as a delightful, wacky, and creative animated film. Adapted from a children’s book, the film follows the wayward experiments of a young scientist, Flint Lockwood (Bill Hader), who creates a machine that turns water into food in order to save his small island town from economic collapse. Unfortunately, the machine goes haywire and begins flooding the town with food. Cloudy With a Chance of Meatballs is vibrant and colorful and is directed by Phil Lord and Christopher Miller, a duo that has gone on to direct other brilliant comedic fare like 21 Jump Street and The Lego Movie.

Despicable Me pulls a bit of a reversal by making its hero a villain; in this case, an evil genius named Gru (voiced by Steve Carell) who wants to steal the moon to one-up another villain (Jason Segel), while simultaneously taking 3 young girls under his care in order to impress his mother. While it should come as no surprise to find out that Gru softens as the film progresses and is not really much of a bad guy after all, the film and its concept are executed so well that it really doesn’t matter if the outcome is predictable. Despicable Me has become such a popular franchise, in part thanks to Gru’s adorable Minions – a group of 1-eyed yellow creatures that are now getting their own film.

It’s incredible given the enormous popularity of video games in the last 30 years that very feel good films have been made about them. Disney seemingly recognized the gulf and made a video game film of their own in 2012 with Wreck-It Ralph. The great thing about the film is that it strikes a nice balance between offering a nostalgic look at arcade culture and some famous retro games while introducing its own brand of original characters and games. Starring John C. Reily as the title character – a video game villain who’s sick of being the bad guy and wants something more out of his virtual life – Wreck-It Ralph uses video games to hammer home a strong message about choice and not having to have your role in life set in stone.

Big Hero 6 is an adaptation of a Marvel comic, which makes sense given that Disney owns the brand, but it’s so much more than a mere adaptation, proving itself to be one of the best animated films of the last few years. Following the adventures of a 14 year old robotics genius named Hiro Hamada and his robot companion Baymax, who forms a superhero team with his friends in order to save the fictional city of San Fransokyo from a team of masked villains. It helps that Big Hero 6 fits right in with the massively popular superhero genre but the real key to its success is its fully realized group of characters, who all have their own quirks and personalities. Big Hero 6 may be the newest film on this list but it’s sure to be an animated classic.

Rango sort of came out of nowhere when it was released in spring 2011 and it’s not hard to see why. It was an original property not based on an existing franchise and was made by Industrial Light and Magic, a studio that had never done a feature length computer animated film before. Yet, ILM and Nickelodeon Movies struck gold with this Wild West parody. Featuring Johnny Depp in the lead role as a anthropomorphic chameleon who becomes sheriff of a small town in the Nevada desert, Rango sizzles with creative energy and was a definite breath of fresh air in a genre sometimes too focused on serialization over creativity. Rango, in contrast to most animated fare, actually skews more towards an older audience, in part due to its use of firearms and references to older films. Nevertheless, the film was a hit with audiences and even if a sequel never gets made, Rango will still be near the top of the animation game for a long time to come.

Helmed by the same guys behind Cloudy with a Chance of Meatballs (Phil Lord and Chris Miller, who are quickly becoming one of Hollywood’s best creative teams), The Lego Movie didn’t need to be as good as it is. With the Lego name behind it, the film could have easily taken the easy road and simply been a thinly-veiled product promotion. Luckily, The Lego Movie somehow turned into one of the smartest, funniest films of 2014, animated or otherwise. Thrilling from end-to-end, with a colorful cast of original characters and Legoized renditions of famous characters like Batman, The Lego Movie is not only the best animated film of 2014 but one of the most creative and ambitious in years. The only real drawback now is that there will surely be a sequel and that sequel will have a very difficult time improving upon this film.

1. How to Train Your Dragon

Coming out of nowhere in the spring of 2010, DreamWork’s How to Train Your Dragon is the rare movie that gives Pixar a run for its money in terms of quality. Loosely based on the book series of the same name by Cressinda Cowell, How to Train Your Dragon centres around a misfit Viking boy named Hiccup (Jay Baruchel) who secretly befriends a dragon, the mortal enemies of his people. Dubbing his new fire-breathing buddy Toothless, Hiccup not only has to hide his new friend from his people, but also contend with a more dangerous enemy that is threatening both humans and dragons alike. The wonderful thing about How to Train Your Dragon is that is wrings so much honest emotional depth out of characters created on a computer. Hiccup’s story is a relatable coming-of-age tale and while the action and comedy is top-notch, the real winner is the film’s characters. A sequel every bit this film’s equal was released in 2014, making this one of the best franchises in the animation scene, Pixar-created or not.