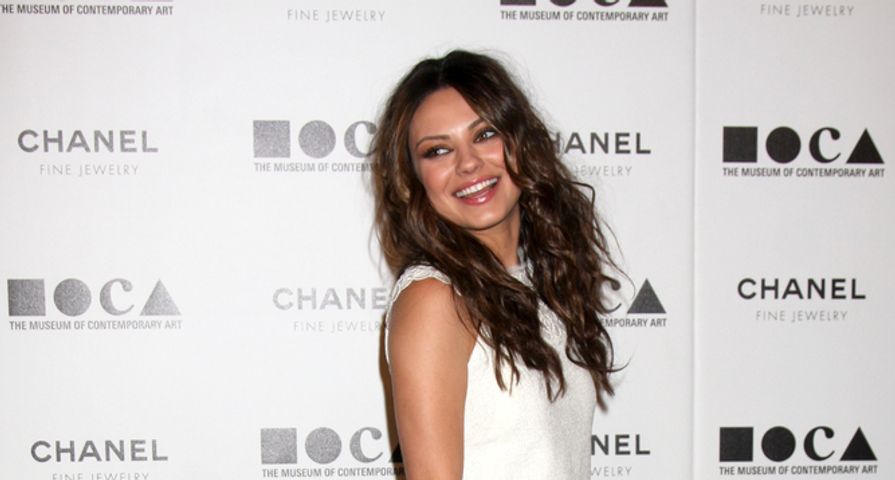 Mila Kunis has become one of the most sought after actresses on the planet. She’s sweet, successful and sexy – the perfect combination in everyone’s eyes. And while Mila has been on the scene for decades, there are still a lot of things most of us don’t know about the talented star. Here are 10 interesting facts you probably didn’t know about the gorgeous actress:

While many people are aware that Mila and Macaulay had a relationship in the past, most don’t realize just how serious the romance was. Mila and the Home Alone star dated for eight long before calling it quits in 2010.

9. She Was Partially Blind

In recent years, Mila has revealed that she was partially blind in one eye for countless years. The successful actress didn’t tell anyone about it for fear it would impede her chances of securing roles. She has since admitted that she suffered from chronic iritis but the condition has been corrected thanks to surgery.

8. Her Attraction to Justin Timberlake

Millions of women would snap at the opportunity to get frisky with Justin Timberlake under the sheets but Mila wasn’t exactly impressed with his skills. While filming a sex scene for Friends with Benefits, Mila actually fell asleep. “One time Justin was on Mila, kissing her, and she fell asleep,” Will Gluck, the director of the film told E! Online. “We called cut and he got off and she was sleeping. So that’s how good in bed Justin Timberlake is.”

7. Her Journey to America

When Mila was 7 years old her family won a lottery that allowed them to leave Ukraine for the USA. When she came to America, she had no idea how to speak English but gradually learned the language through acting classes.

Mila had originally auditioned for the lead role in the hit film Knocked Up but she didn’t get the part. Instead, the role was given to Katherine Heigl. The same director, however, later decided that Kunis would be perfect for another role he had available and cast her as Rachel Jansen in the hit comedy Forgetting Sarah Marshall – a movie that put Mila back on the map.

Many of you may not know that Mila plays the voice of daughter Meg Griffin on Family Guy. She’s been filling the role since 1999 when she replaced Lacey Chabert after the show’s first season.

Mila’s has admitted that her first on-screen kiss was with her current boyfriend, Ashton Kutcher, on the set of That 70’s Show. “I was like, ‘Oh, he’s so cute, it’s the Calvin Klein model!’ ” she told PEOPLE in 2001. “Then I was like, ‘I have to kiss him?’ I was so nervous and uncomfortable. I had the biggest crush on him.”

She may seem like the most honest person in the world but Mila has admitted that she lied to get a role on That 70’s Show. She initially told producers that she would be 18 “soon” despite only being 14 at the time. Directors eventually found out about the fib when Mila was asked to sign her contract but, by then, she had already won them all over and there was no way they were going to let her go.

The That ’70s Show star is known all over the world as Mila Kunis but that’s not her actual birth name. Mila is short for Milena and her full name is Melina Markovna Kunis.

Kunis worked her butt off (literally) to play the role of Lily in the Black Swan. She lost 20 pounds in 4 months by working out 5 hours a day, 7 days a week and sticking to a very strict 1200-calorie per day diet. When she was finished filming the movie, she immediately went to In-N-Out where she ordered a Double Double animal style with a root beer float.