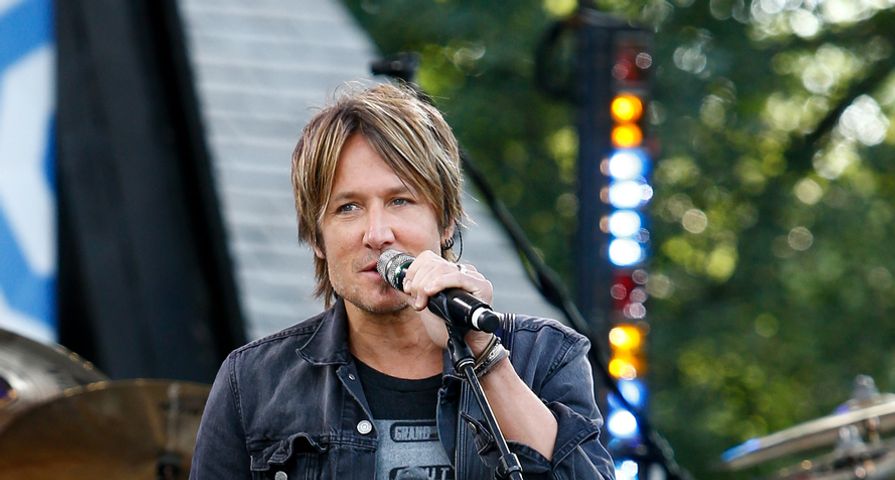 The music industry can be a tough place to build a career, especially when success fades as quickly as it comes. It’s an extremely competitive field that is riddled with many temptations, and the country music industry is no different. It’s easy for artists to lose their way on the road to success. Many are able to walk a straight line, but there’s a few who’ve experienced rock bottom at one point in their career. Here’s a look at 10 popular country stars who’ve battled addiction:

He’s one of the biggest country singers with so many great hits like “Tequila Makes Her Clothes Fall Off,” “Sunny and 75,” and “Yeah.” It’s hard to believe at one point in time he was addicted to amphetamines and alcohol. His addiction took a dark turn in 2002 when his father passed away, but he had been drinking since he was 13 as a way to cope with his abusive childhood. On the road to sobriety he did five stints in rehab, the last one being only 30 days into his marriage with Heather Singleton. He’s now sober and recently released his ninth studio album.

Jeff Bates has been very open and honest about his addiction to methamphetamines. He had been abusing the drug since 1999, soon after he signed a contract with Warner-Chappell Publishing. To feed his drug habit, he sold his belongings and then resorted to stealing in order to get by. On March 14, 2001 he was arrested for drug possession and grand theft. “There were bad things, including divorces, that had gone on in my life. With that kind of shame, I wanted to do things right, wanted to be a good person, but it’s hard to hold your head up at times and I wanted something that would make me feel better. I used drugs and drank a lot,” he said. After going to rehab and spending some time in jail, he found himself a new record contract.

Mindy McCready’s story has one of the most tragic stories in country music history. She was best known for her 1996 hit single, “Guys Do It All the Time,” and was actively making music up until 2010. Unfortunately, in addition to her music, McCready was famous for her many run-ins with the law as a result of her addiction to prescription drugs and a string of bad relationships. She was convicted of drug fraud charges in 2004 and arrested in May 2005 under the charge of a DUI, probation violation and driving with a suspended license. She attempted suicide several times throughout her life, but in 2013, things came to a tragic end when the father of her second son, record producer David Wilson, was found dead in McCready’s home in January 2013 from an apparent self-inflicted gunshot wound. A month later, McCready was found dead from a self-inflicted gunshot wound on her front porch, the same place Wilson was found.

He’s one of the most iconic artists in country music, but he wasn’t just famous for his music. Near the end of his career, Hank Williams became notorious for being drunk and was banned from the Grand Ole Opry for his constant drinking. Unfortunately, he passed away at the age of 29 due to heart failure which many people attribute his early passing to his dependency on alcohol and painkillers. His legacy lives on and he’s still most famous for his singles, “Hey Good Lookin'” and “I’m So Lonesome I Could Cry.”

The struggles of Trace Adkins have been well documented in his book, “Then They Do.” He attributes his struggle with alcohol to his failed marriages, jail time, drunk driving accidents and when he was shot at by his ex-wife. He got clean after he went to rehab in December 2002 when his addiction hit an all time low and landed him upside down in his pick-up truck. He is now clean and sober, and his career has taken off! He’s released eight studio albums since 2002, almost all have received gold or platinum certification and won several music awards.

Waylon Jennings was a well known actor, singer and songwriter during his day. He rose to fame during the ’70s and continued making music and touring until the year 2000. He started using amphetamines while living with Johnny Cash in the mid-60s. His addiction to cocaine was at its worst during the ’80s. He openly stated he was spending about $1,500 a day on his habit, eventually leaving himself bankrupt in debt of about $2.5 million. Jennings managed to clean himself up in 1984, but replaced his cocaine habit with smoking six packs of cigarettes a day. His health began to deteriorate shortly after that and he underwent many surgeries before he finally passed away in his sleep on February 13, 2002 due to diabetic complications.

Willie Nelson definitely doesn’t consider himself an addict when it comes to marijuana, but he’s been arrested for possession on four separate occasions in the past 40 years. The first time was in 1977 while traveling to the Bahamas. A customs officer found marijuana in Nelson’s jeans and after being released on bail, he was ordered never to return to the country. In 1994 he was arrested after patrolmen found marijuana in his car, and again in 2006 while on his way to Ann W. Richards funeral under a charge of possession of marijuana and hallucinogenic mushrooms. His last documented arrest was in 2010 while traveling from L.A. to Texas when an officer found six ounces of marijuana on his tour bus. These run-ins haven’t slowed down his career as the 83-year-old musician continues to perform to this day.

Glen Campbell’s addiction was at its peak during the ’70s and early ’80s. The addiction sprung after he was overwhelm with a sudden surge of fame after building up a reputation as country musics golden boy. In the late ’60s and early ’70s he hosted his own variety show and earned five Grammy awards with a string of hits like “Wichita Lineman,” “By the Time I Get to Pheonix,” and “Rhinestone Cowboy.” But during the ’70s he began to spiral. He continued to sell out concerts, but was often seen under the influence while onstage. He wasn’t able to kick his habit until he was around 50-years-old when his fourth wife Kim threatened to leave him if he didn’t give up cocaine for good. He turned 80 last April, and is currently living in a Nashville care facility after being diagnosed with Alzheimer’s.

Keith Urban is one of the biggest country stars, and as a result of his fame, Urban’s prior drug addiction has been highly publicized and talked about in the media. Urban is extremely candid about his addiction. He has shared with the public how he overcame his battle with addiction thanks to the help of his wife, Nicole Kidman. He began using cocaine and ecstasy after he moved to Nashville in the ’90s. He did three stints in rehab in eight years, with his final stay in 2006, not long after he married Kidman. She staged an intervention with his friends and family and, thankfully, he agreed to go. Keith Urban’s story has a happy ending, as he’s now enjoying the peak of his career, is happily married and is the father of two daughters with Kidman.

A legendary singer and songwriter, Johnny Cash battled many demons throughout his life. He is praised as one of the most iconic musicians of all time, but he’s also infamous for having an addition to alcohol, amphetamines and barbiturates. For the majority of his early life, he was addicted to all kinds of escapes and was famously caught at the border of Mexico with 668 amphetamine tablets and 475 tranquilizers. Cash was arrested seven times for misdemeanors, but never stayed longer than one night. Throughout the majority of his life he was in an out of rehab with the help of his wife, fellow singer, June Carter. His final stint was in 1992.