10 Reasons Game of Thrones Is Better Than The Walking Dead 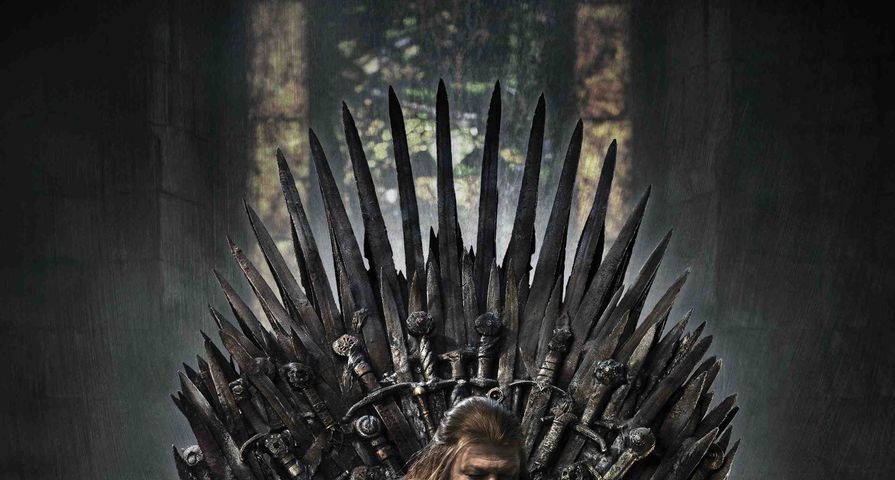 HBO, of course, is the network that produces Game of Thrones. The reason this is an entry on this list is because HBO is simply better than The Walking Dead’s network, AMC. HBO provides a higher budget and allows more creative freedom for the show’s creators and writers. The Walking Dead’s behind-the-scenes disputes have been well-publicized, and much of this has to do with the mandates the network places on the show’s creators, inhibiting their creativity. This intrusiveness is understandable, since The Walking Dead is AMC’s flagship program, and they want to keep it profitable. However, the same is true for Game of Thrones, and that series is given the space it needs to do its own thing as much as possible. With AMC’s practices, it’s a undoubtedly a good thing Game of Thrones ended up on HBO.

Although these series have entirely different settings and premises, they share a similar problem in that their worlds are both threatened by legions of the undead. The Walking Dead’s whole premise is based around a world overrun by the undead, while the fictional land of Westeros in Game of Thrones is on the brink of being invaded. The difference is that while The Walking Dead features “walkers” much more prominently than Game of Thrones, it’s the latter show that has the more interesting zombies. Dubbed the “white walkers”, these beings originate in the far north and are extremely hard to kill. The zombies in The Walking Dead amount to little more than cannon fodder for the main characters, but it takes multiple men and resources to bring down a white walker, making the prospect of a whole army invasion terrifying.

While having several children among its main cast doesn’t make Game of Thrones special, having those children be complex characters every bit as compelling as their adult counterparts is rare indeed. The Walking Dead also has a few younger characters in its roster, with the emphasis placed on series protagonist Rick’s son Carl. The problem is that Carl is an annoying character who for most of the series’ run has been more of a hindrance than useful. Even though he has been developed more in the latest season, many fans would not be upset to see him killed off. The same cannot be said for Game of Thrones’ kids, who in some cases (like with revenge-minded Arya) are fan-favorites and are nowhere near as annoying as the kids on The Walking Dead.

Game of Thrones is set in fantasy world filled with interesting locations. There’s a giant wall made of ice in the north, exotic cities to the south, and a castle in the mountains with a “sky door” for throwing people to their death, just to name a few. The Walking Dead, in comparison, has been primarily set on a farm, a rundown prison, and numerous forests that all look the same – diversity of locations is not its strong suit. While Game of Thrones is just as guilty of keeping its characters in the same locations for long periods of time, it at least cycles through these locations frequently and introduces a few new ones every season. The Walking Dead looks like it’s been using the same fields and trees for 4 seasons now and it’s gotten stale.

Game of Thrones and The Walking Dead are incredibly grim shows, depicting harsh worlds of violence and survival. With such dark tones, it’s necessary sometimes to lighten the mood with occasional humor. There are many instances in Game of Thrones where the characters make light of an otherwise grim situation or make jokes at someone else’s expense (fan favorite character Tyrion is a frequent source of wry humor). In contrast, The Walking Dead is bleak at all times. It’s rare to hear a character crack a joke to lighten the mood, and the result is a show that is at times overbearingly depressing. While Game of Thrones is often even more bleak and depressing, its use of levity helps to add some fun to the proceedings, unlike The Walking Dead, which is too focused on being dark all the time.

Death is all too common in both of these series; the difference is that it actually has meaning in Game of Thrones. As viewers are agonizingly aware of by now, no character is safe from the chopping block, adding to the unpredictability of the plot. In contrast, The Walking Dead has all but guaranteed that certain characters are safe (it would be absolutely surprising if fan-favorite character Daryl is ever killed off). This is because, as touched upon in an earlier entry, the show’s producers are wary of taking chances with the show’s formula at this point since it is a moneymaking powerhouse for the network. As far as death is concerned, Game of Thrones will always be superior to The Walking Dead because of how it continues to upend viewer expectations.

There have been long stretches of The Walking Dead where not much has happened. Season 2 in particular was stagnant, having the characters occupy the same location for the entire season, which robbed the series of any feelings of forward momentum. Things are always moving ahead in the world of Game of Thrones and plots sometimes get resolved as quickly as they’re introduced (often in brutal fashion), helping to alleviate any pacing issues that may crop up. The Walking Dead has fits and starts in this department, as one episode could move the plot forward in a big way, only to be followed by 3 or 4 episodes of characters doing nothing new or exciting. The Walking Dead has definitely improved in this department since season 2, but it still suffers from occasional pacing problems – something that has not plagued Game of Thrones anywhere near as often.

Currently, there have been 4 seasons of both Game of Thrones and The Walking Dead. However, only Game of Thrones has maintained a high level of quality through all of its seasons. The Walking Dead, on the other hand, has had numerous dips in quality, resulting in a show where the viewer never knows what they’re going to get from week-to-week. Viewers of Game of Thrones know that no matter what episode they watch, it will at the very least be good, and more often than not, great. That is because the show’s quality is consistently high. Unfortunately, The Walking Dead has let viewers down too often with plots that go nowhere and characters doing dumb things to have built the same level of trust.

Game of Thrones is adapted from a series of novels that are not yet finished. It’s becoming increasingly likely that the series will catch-up to and even surpass the books, given author George R.R. Martin’s slow writing process. Even without an ending in place, the series still feels like it’s going somewhere and has an idea of where it wants to end. The same can’t really be said for The Walking Dead. The problem is that there is no real purpose driving the characters other than survival; there is no big picture goal in place. Game of Thrones, while guilty of many of the same plot uncertainties, at least appears to have a destination in mind, even if it’s a complete mystery to the show’s viewers and writers.

There are a staggering amount of characters to keep track of in Game of Thrones – fortunately, the majority of them are interesting and complex, making it easier to become invested in their stories. The Walking Dead is plagued by characters who either have no real purpose, or whose termination from the story would be welcomed by many (admit it – you were happy when Andrea died in season 3). The result is that there are only a handful of characters that really matter. Contrast this with Game of Thrones, where even characters who were once despicable can become favorites (Jaime Lannister’s surprising transition from villain to hero is well-documented). Game of Thrones has an embarrassment of rich and interesting characters, whereas The Walking Dead is riddled with annoying ones we can’t get away from fast enough.