Things You Might Not Know About Law & Order Star Mariska Hargitay 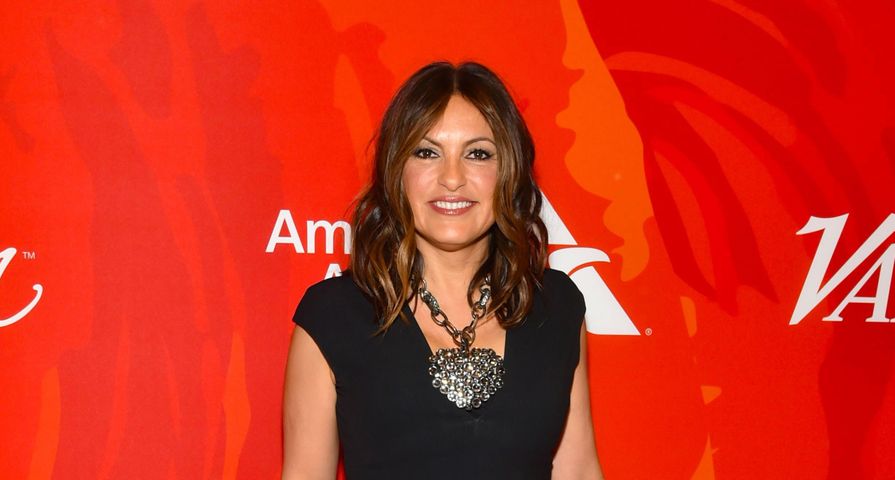 Mariska Hargitay is the woman behind one of the most empowering female characters on television — Detective Olivia Benson from NBC’s Law & Order: Special Victims Unit, a role she’s had for the past 18 years! Ever since she landed this life-changing role back in 1999, the Emmy award-winning actress has become one of the highest-paid and most beloved actresses on a television drama. In addition to being the star of the show, she’s also taken on the role of director and producer since 2014. In honor of her incredible success, here’s a look at 12 things you might not know about Law & Order‘s Mariska Hargitay!

Born on January 23, 1964, Hargitay is the daughter of two pop-culture icons. Her mother, Jayne Mansfield, was an actress and ’50s sex symbol, while her father, Miklos “Mickey” Hargitay, was a Hungarian born bodybuilder-actor who won the NABBA Mr. Universe crown in 1955. Her parents divorced around the time she was born and her father remarried three times, the last being Ellen Siano, who became Mariska’s stepmother and primary caregiver. She has two older brothers, Miklos and Zoltan, and three half-siblings, Jayne Marie Mansfield and Antonio Cimber, from her mother’s first three marriages, and Tina Hargitay from her father’s first marriage.

Hargitay’s mother died in a tragic car crash in 1967 not long after she was born. The accident happened on a stretch of U.S. Route 90 between New Orleans and Bay St. Louis Mississippi. A three-year-old Mariska was asleep in the backseat of the car with her two brothers, Miklos and Zoltan, at the time of the accident. She was left unharmed, aside from a zig zag scar on the side of her head, but has carried the trauma throughout her entire life.

Losing her mother at such a young age was incredibly painful, especially when Hargitay entered into her twenties and began attending casting calls where everyone seemed to know her world-famous mother except for her. “Losing my mother at such an early age is the scar of my soul,” she said in an interview with Redbook Magazine. She began to suffer from anxiety as she developed a fear that she would die early in life like her mother and grandfather, who both died at the age of 34.

Before she was cast as Olivia Benson at the age of 35, Harigtay lived off whatever income she could scrounge up from short-lived series and guest roles on sitcoms. She racked up so much credit card debt that it was into the six-figures. “I had a house and car I didn’t want to lose and I had a lot of credit card debt,” she said in an interview with Good Housekeeping. Luckily, she also had a boyfriend who helped, but when they broke up, he said she owed him $60,000! “As soon as I could, I paid him off. Now I have learned to hang on to it,” she said. 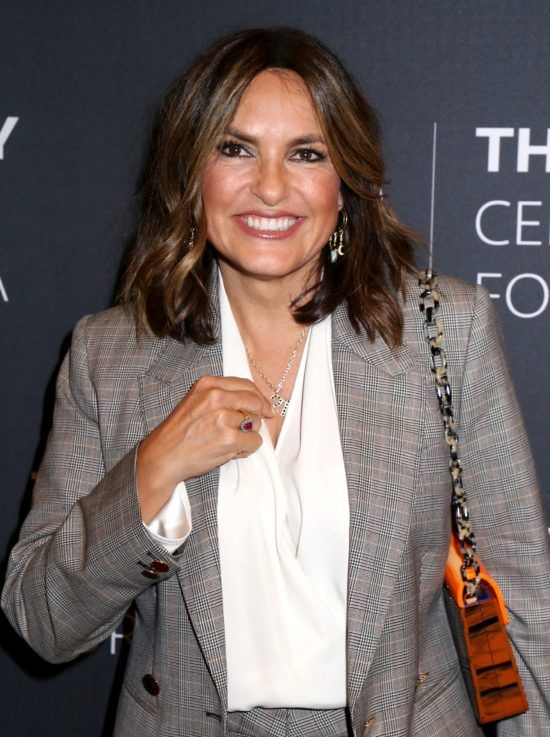 The role of Olivia Benson on Law & Order: SVU changed Hargitay’s life in so many ways, but the most pivotal was that it gave her a life mission. She became shaken from the show’s script and the shocking statistics. She started receiving letters from women who would confide in her about their own experience being raped and told her the show had changed their lives. Desperate to do something more to help these women, Hargitay underwent training to become a rape-crisis counselor. When that wasn’t enough, she founded the Joyful Heart Foundation to help survivors of sexual assault, domestic violence and child abuse through retreats, education and advocacy. She’s done incredible work inside and outside of the organization to raise money and awareness for victims of violence.

Hargitay used to do all her own stunts, but in October 2008, she suffered a pretty serious injury that left her extremely shaken. She jumped and landed in a way that left a microscopic bleed in her lung tissue. The injury opened up all her old wounds of suffering a premature death. “I didn’t know for three months that something was really wrong…On New Year’s Day, we were walking on the beach out here near the house, and I felt this sharp pain, sort of like someone had stabbed me. I went down on one knee and just couldn’t catch my breath. They took an X-ray and found that my right lung was 50 percent collapsed,” she said. The injury was fixed through surgery, but then happened again in March which was a 1 out of 1,000 chance statistically!

A post shared by Mariska Hargitay (@therealmariskahargitay) on Oct 2, 2015 at 9:13am PDT

Mariska Hargitay was raised in a household with a very strong faith. Even though she doesn’t go to church every Sunday, she calls herself a Christian. “I find faith to be a more private thing. For me, it’s about my personal relationship with God. I think God has a plan, and a big one. I try to live in gratitude and awe and to get to know Him better and pray that He helps guide me in the decisions I make,” she said in an interview with Good Housekeeping. In fact her first date with her husband, Peter Hermann, was at his church! 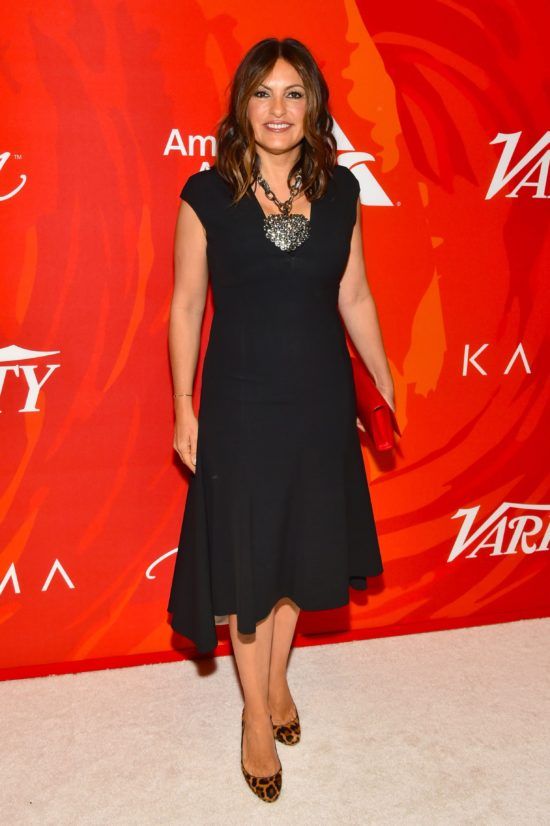 Hargitay met her husband, Peter Hermann, in 2001 on the set of Law & Order: SVU. He had a recurring role on the show as Trevor Langan, a defense attorney. Their characters on the show don’t really get along, so to break the ice Hargitay went up to him and made a joke, but apparently he didn’t think she was very funny! They got to know each other over the next few months and bonded over their shared interest in religion. Hermann suggested the two attended church together which is where they had their first date. “I just about passed out when I saw him there. I thought, That’s my husband,” she said. He proposed to her in 2004 and the two got married that same year at the Unitarian Historical Chapel in August 28, 2004 in front of 200 guests. 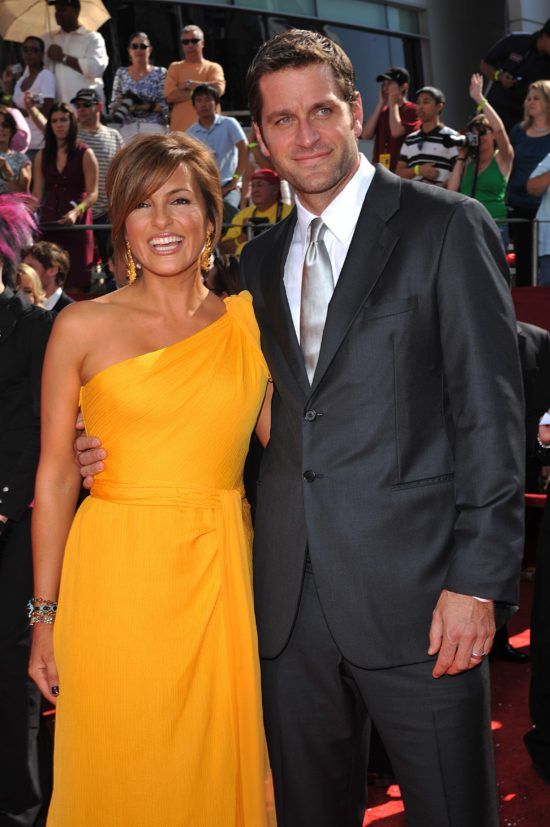 In addition to her 11-year-old son, Austin Miklos Friedrich Hermann, Hargitay and her husband adopted two children within 6 months of each other. First came a daughter, Amaya Josephine, in April 2011 (who Hargitay helped deliver) and a few months later they were surprised with the opportunity to adopt another child, a 2-month-old premature baby boy, Andrew Nicolas Hargitay Hermann. Hargitay told People that her experience with adoption wasn’t always so pleasant. They started the adoption process 2 years before they had any luck finding a birth mother. When they finally found one, finalized the adoption plan, were present in the delivery room, named the child and parented her for two days, the birth mother changed her mind. “It was nothing short of devastating,” she said. 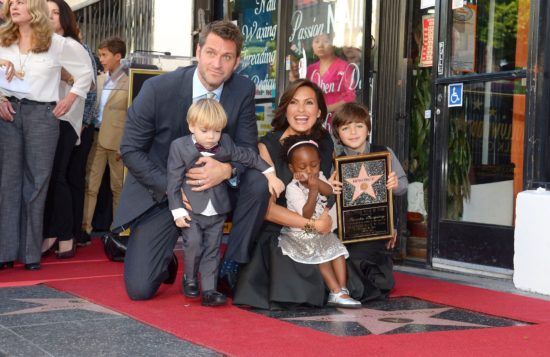 Similar to her mother, who also spoke several languages, Hargitay can speak four languages, English, French, Hungarian, and Italian! Her husband, Hermann, was born in Germany and often speaks German to their children. In an interview with Good Housekeeping, Hargitay expressed the desire to want to raise their children to be multilingual.

A post shared by Mariska Hargitay (@therealmariskahargitay) on Oct 8, 2013 at 7:16pm PDT

2. She Starred In A Power Rangers Film

Many actors and actresses go through years of auditions and small parts before they make it big in Hollywood. Hargitay was no different and found herself in quite a few small roles before becoming Olivia Benson. Hargitay actually starred in a Power Rangers film in 1995 entitled Mighty Morphin Power Rangers: The Movie (1995). Unfortunately, all her scenes got cut from the final film, which was definitely discouraging for her at the time. She shared later in life in 2009 that she’s grateful her family pushed her to continue and not to quit after this acting experience. 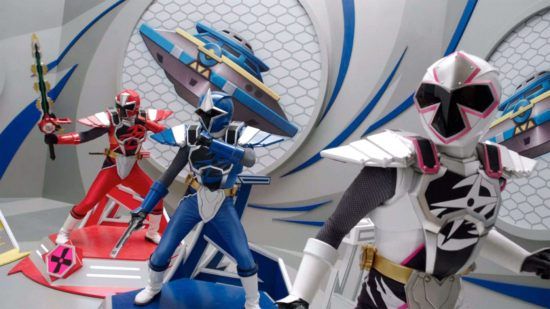 1. She Competed In Beauty Pageants

Hargitay is obviously a natural beauty, but you might not know that she actually used her good looks to compete in beauty pageants when she was young! This is obviously a far cry from the role she plays as Olivia Benson on-screen. She actually won the title of Miss Beverly Hills in 1982, so she obviously had some success at it. 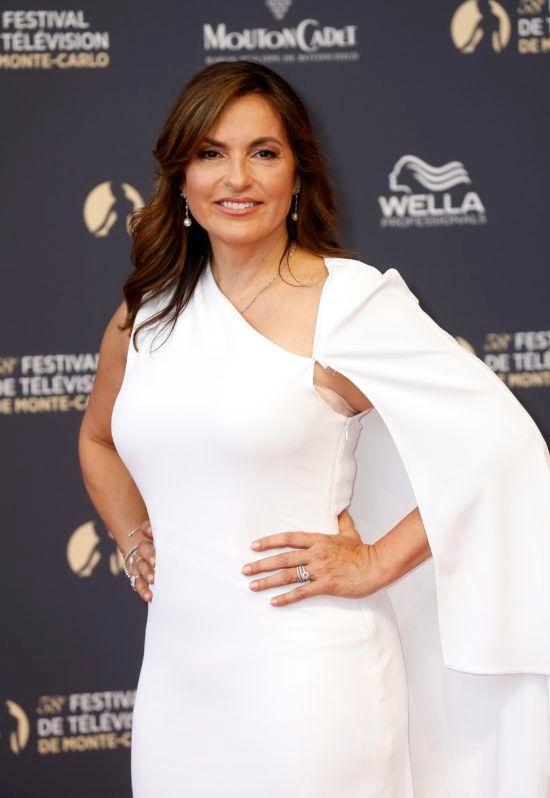