7 Most Shocking Revelations From The Sony Hack 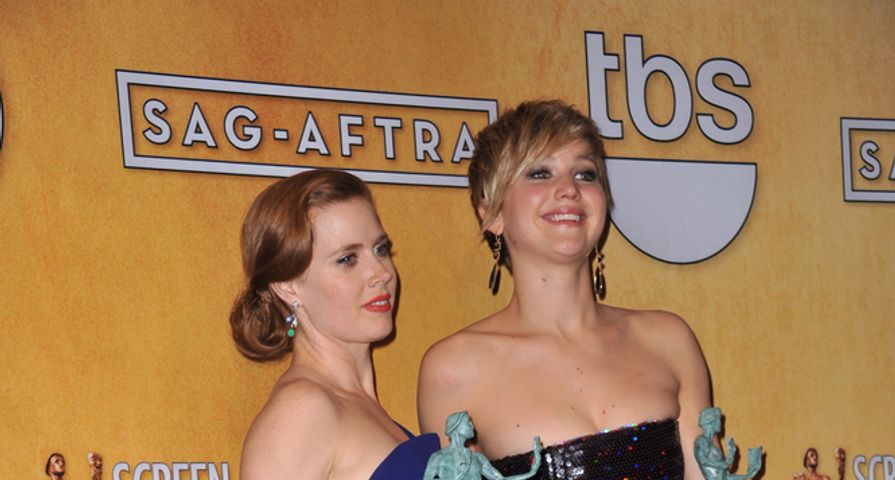 The Sony hack seems to be the gift that keeps on giving. For the past few weeks, the media has been inundated with stolen information. Some of it has been incredibly salacious while other parts have been rather boring. People like Hollywood screenwriter Aaron Sorkin have been railing against the media for publishing this stolen information while many other celebrities seem resigned to their fate. There have been no resignations over at Sony despite the mountain of bad press they have received for the inappropriate emails that were leaked. We have rounded up 7 of the most shocking revelations from the Sony hack – enjoy!

Sony hackers revealed how much James Franco and Seth Rogen were compensated for their work in the controversial comedy, “The Interview.” Rogen was reportedly paid $8.4 million while Franco was only paid $6.5 million. With the way things are going right now, it actually looks like the film might not be released. The hackers recently issue a warning, threatening a 9/11 type attack if “The Interview” is released.

For a couple of months now, the film has been creating controversy. Franco and Rogen play a pair of TV journalists who are hired by the CIA to assassinate North Korea’s current leader, Kim Jong Un. North Korea is obviously upset about this and so are the hackers who have been breaking into Sony’s system and stealing information. Since the threat was issued, Franco and Rogen have canceled several of their press appearances and Sony is reportedly considering canceling the entire release.

Angelina Jolie may be lauded throughout Hollywood; however, one producer, Scott Rudin, is not a fan. After Sony was hacked, emails where he is bashing her to Amy Pascal, the co-chair over at Sony, were leaked. He is reportedly upset with her because she wants to use director David Fincher for the film adaptation of Cleopatra, which doesn’t yet have a script, and he wants to use Fincher for the Steve Jobs biopic that he is producing.

“I’m not destroying my career over a minimally talented spoiled brat who thought nothing of shoving this off her plate for eighteen months so she could go direct a movie. I have no desire to be making a movie with her, or anybody, that she runs and that we don’t. She’s a camp event and a celebrity and that’s all and the last thing anybody needs is to make a giant bomb with her that any fool could see coming,” he wrote.

More of Aaron Sorkin’s email exchanges were leaked in the Sony hack and none of them reflect well on him. In an email to Maureen Dawd of The New York Times, he made the erroneous claim that “the degree of difficulty” for actresses is nothing close to what it is for actors.

“That’s why year in and year out, the guy who wins the Oscar for Best Actor has a much higher bar to clear than the woman who wins Best Actress. Cate gave a terrific performance in Blue Jasmine but nothing close to the degree of difficulty for any of the five Best Actor nominees. Daniel Day-Lewis had to give the performance he gave in Lincoln to win–Jennifer Lawrence won for Silver Linings Playbook, in which she did what a professional actress is supposed to be able to do. Colin Firth/Natalie Portman. Phil Hoffman had to transform himself into Truman Capote while Julia Roberts won for being brassy in Erin Brockovich. Sandra Bullock won for ‘The Blind Side’ and Al Pacino lost for both Godfather movies. Helen Mirren and Meryl Streep can play with the boys but there just aren’t that many tour-de-force roles out there for women,” Sorkin wrote.

4. Aaron Sorkin Had No Idea Who Michael Fassbender Was

Aaron Sorkin has certainly been hit pretty hard in the hack. He’s been exposed for his sexist remarks and for the rude remarks he made about Michael Fassbender. Sony has been trying to cast for another Steve Jobs biopic, which was written by Sorkin; however, they have been having grave difficulty getting people to commit the film. Sorkin wanted Tom Cruise to play Jobs and initially rejected the idea of Fassbender playing him.

“I don’t know who Michael Fassbender is and the rest of the world isn’t going to care,” he wrote to producer Scott Rudin and Columbia chairman Amy Pascal. It seems that because “Jobs,” which starred Ashton Kutcher, was so poorly received commercially and critically, Sorkin’s screenplay has been stuck in pre-production. Later emails between the three reveal that he did come around to the idea of Fassbender playing Jobs. “F**k it. He’s a great actor whose time has come,” he wrote.

Sony was interested in having Leonardo DiCaprio take on the title role in the Steve Jobs biopic. They even went so far as to promise him an Oscar to get him to sign on, but it didn’t work. He turned it down. Sony co-chair Amy Pascal and the film’s producer Mark Gordon were less than impressed with his decision to back out and proceeded to bash him in a series of leaked emails.

“Was this about the deal…or did he just change his mind?” asked Gordon. “The latter,” Pascal replied. “Horrible behavior,” Gordon then responded. “Actually despicable,” she shot back. DiCaprio reportedly decided to skip out on the film about the Apple innovator to take a role in the upcoming thriller “The Revenant.” This Steve Jobs biopic is looking more and more like a train wreck. DiCaprio wasn’t the only actor to pull out of it – Christian Bale did as well.

George Clooney showed his vulnerable side in some emails to Amy Pascal. He wrote to her about his movie “The Monuments Men,” expressing concerns about the movie’s tepid critical reception and disappointing box office numbers. “I need some protection from all the reviews. Let’s just make it a hit. I haven’t slept in 30 hours. And it’s 7 am,” Clooney wrote to Pascal. “I fear I’ve let you all down. Not my intention. I apologize. I’ve just lost touch. Who knew? Sorry. I won’’ do it again,” he added.

Pascal responded with, “We will protect you by making money…that’s the best revenge.” “The Monuments Men,” which had a $70 million budget, ended up being a modest hit. Overall, it brought in $155 million thanks in part to its overseas earning. Considering the cast that it had, one would have thought that it would have been a huge hit. Clooney’s co-stars in the film included Matt Damon, Bill Murray and John Goodman.

Amy Adams and Jennifer Lawrence were both paid less than Christian Bale, Bradley Cooper and Jeremy Renner in “American Hustle.” While Lawrence had a smaller role in the film than all of her co-stars, Adams’ role was just as big as Bale and Cooper’s and more substantial than that of Renner’s. Lawrence and Adams only received 7% of profits while their male counterparts took home 9%.

“You may recall Jennifer was at 5 (amy was and is at 7) and WE anted in 2 extra points for Jennifer to get her up to 7. If anyone needs to top jennifer up it’s megan. BUT I think amy and Jennifer are tied so upping JL, ups AA,” Andrew Gumpert, president of business affairs and administration for Columbia Pictures, wrote to Amy Pascal, co-chair of Sony Pictures Entertainment. “The current talent deals are: O’Russell: 9%; Cooper: 9%; Bale: 9%; [Jeremy] Renner: 9%; Lawrence: 7%; Adams: 7%.”