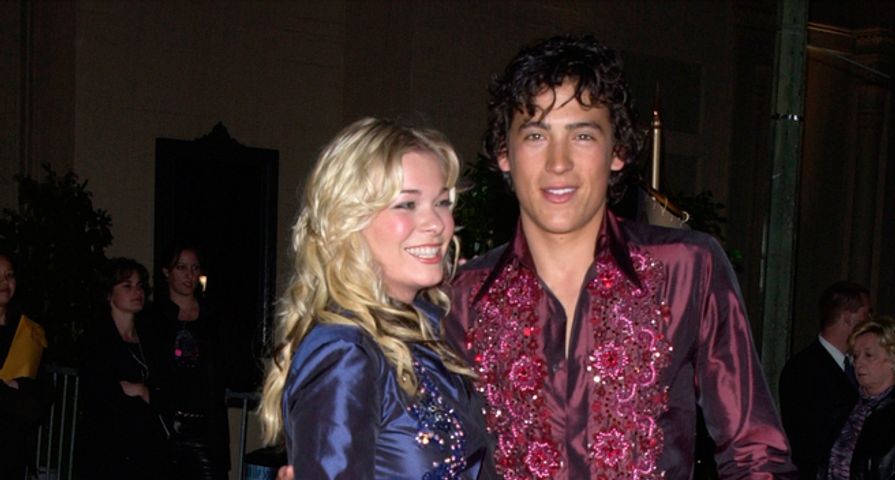 Over the years, there have been some Hollywood teen romances that have been pretty tumultuous. These young lovers were not a great match and, much of the time, ended up bringing out the absolute worst in each other. We decided to go through some of the teenage couples who totally had us scratching our heads or pulling out our hair. While some of them may have initially been kind of cute together, all of them are now considered to be totally ill-suited. Here is Fame10’s list of Hollywood’s worst teen romances ever!

Aaron Carter met Lindsay Lohan while he was still dating Hilary Duff. According to him, he was bored with his television star girlfriend, so he decided to spice things up by dumping her and hooking up with the young movie actress. This ended up creating a lot of drama, mostly because of Lohan. She fought pretty hard for Carter, going so far as to leave nasty messages on Duff’s answering machine. If she only knew then that her efforts were for a guy who would become washed up only a few years later.

Back in the late ‘80s, Jonathan Knight and Tiffany were a couple; however, they both denied it at the time, even though they were spotted together looking cozy. When Knight’s girl fans realized that he was into her, many of them turned on Tiffany, which really surprised her given that, at one point, they were her fans too. The whole relationship ended up creating a lot of drama and it never really stopped. A few years ago, Tiffany outed her ex on “Watch What Happens Live” for being gay.

Justin Bieber and Selena Gomez seemed really cute together initially but, after breaking up and making up on a regular basis for the last year, their relationship has lost its appeal. Through the course of their relationship, Bieber has become increasingly more insufferable while Gomez has come across as needy and pathetic. No matter what her pop star boyfriend does, she always gives him another chance. These two recently reconciled for the umpteenth time; however, in a matter of days, they will probably split again.

Rihanna and Chris Brown were pretty cute together, before we realized that he was abusing her. Once that happened, it was hard to look at him without thinking about what he did to her and what he would probably continue doing to her. Much like Justin Bieber and Selena Gomez, these two continued to date on and off for a couple of years. To make matters even more complicated, Brown was also dating Karrueche Tran at the same time – such a gentleman!

Taylor Swift and Taylor Lautner only dated for a few months back in 2009, but it was long enough and bad enough for us to consider them one of the worst teenage romances to ever happen in Hollywood. As the story goes, he was more into her than she was into him and they were fighting a lot near the end of their relationship over simple things like food. After the breakup, Swift wrote a song about their relationship where she issued him an apology – thankfully Lautner didn’t accept it!

Robert Pattinson and Kristen Stewart had a weird relationship. Even though they were always seen together, neither would confirm that they were in fact a couple – that is until Stewart was caught cheating on her young lover with the director of “Snow White and the Huntsman,” Rupert Sanders. Once that happened, the “On the Road” star made a public declaration of her love for Pattinson. Even though these two briefly reconciled after the cheating scandal, we are so happy that they are finally done.

Andrew Keegan and LeAnn Rimes dated in the late ‘90s when she was still America’s sweetheart and he was an in-demand actor. During this relationship, the 15-year-old country star kind of spun out of control. She quickly moved in with the 19-year-old actor, started partying and spending her millions quite freely. She reportedly bought him a $150,000 Ferrari, which he immediately wrecked. The relationship didn’t last long though. He soon left her for a more attractive young star, Piper Perabo.