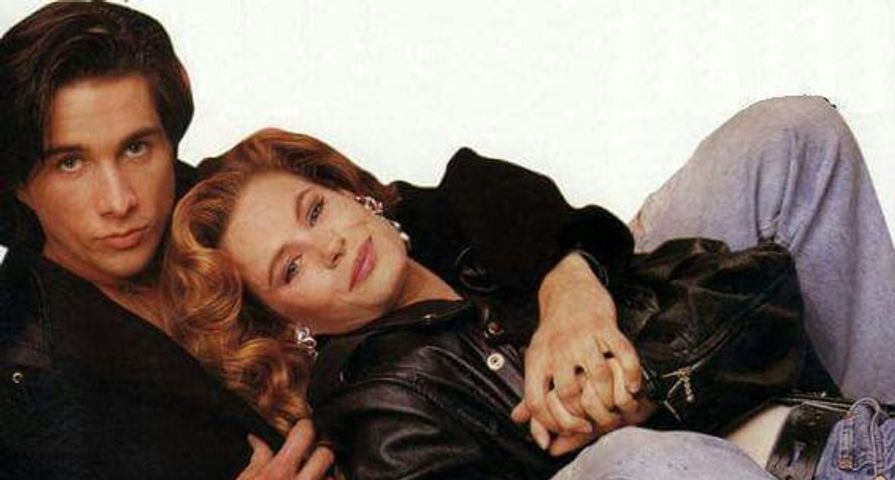 Soap operas are filled with adventure, drama, and love stories. Most fans have that one favorite show and are secretly rooting for at least one of the on-going romances. As such, audiences will tune in daily and weekly to watch these lovebirds go through their respective trials and tribulations. Some soap couples are currently still loving it up with each other on the air, while other couples have either broken up or are long gone. Below is a list of nine of soap operas’ forgotten couples.

After so many years it was revealed that the Young and the Restless’ (Y&R) Phillip Chancellor III was actually homosexual and had no interest in women, which would explain why he faked his own death and had so many failed relationships. We all remember the saga he had with Nina Webster … but what started that couple? Back in the late 1980s, before Nina was a thought in his mind, Phillip had a fling with Christine. The two were engaged and headed to the alter until Nina changed his mind. She wound up pregnant with his child and his relationship with Cricket was over.

In the land of General Hospital (GH) there are three themes that dominate the show: the ins and outs of hospital life, the mob scene and love. When good girl Karen Wexler hooked up with bad boy Jagger Cates, fans swooned. The couple certainly did have their ups and downs in the 1990s, not to mention an interfering Brenda Barrett, and ended up sharing an incredible romance … which included a walk down the aisle. But like everything in soaps, this couple didn’t ‘end up’ together. GH fans sure enjoyed it while it lasted!

Do pimps fall in love with hookers? Apparently, they do! That was the case when Days of Our Lives’ (DOOL) Nick and Eve came together. Nick wasn’t exactly a hero in Salem, as he was involved in a lot of criminal activity, but he did work hard to help Eve get back on her feet at one point. Sadly, this duo did not last too long. There was the age difference and the fact that Nick stepped back from the relationship to allow Eve to move on to better options because he felt like a life without him would only lead her down a shady path.

You probably can’t count all of Victor Newman’s ex-wives on one hand, but a lot of them are memorable. Obviously, Nikki leads the pack, but Ashley, Sabrina, and Hope all made it to becoming Mrs. Victor Newman at one point or another as well. One that is often forgotten is the original Newman wife … Julia Newman. She strolled into Genoa City alongside her hubby in 1980 and often had feelings of isolation as Victor was quite controlling at the time. Their onscreen marriage didn’t last long and the two divorced in 1981.

Life in the Quartermaine mansion can be awkward at times, but things got interesting when married couples Paul Hornsby and Tracy Quartermaine shared that dwelling with Ned and Jenny Ashton. Now, it’s a big house and estate, but with Paul and Jenny falling for each other, it wasn’t big enough to escape all the drama. Tracy tried everything to keep these two apart, but at the end of the day, true love ruled and it didn’t take long for these two to dump mother Tracy and son Ned and pursue a relationship together.

For newer DOOL fans, the title might seem confusing, so follow us for a bit while we try and explain. There was a point in the ‘80s when Roman Brady returned from the dead, but was really John Black (this wouldn’t be revealed until many, many years later). During this time, Roman … John … let’s refer to the character as Roman/John fell in love with Diana Colville after she saved his young daughter Carrie from drowning. The two had a pretty solid relationship, some may even say they were a DOOL super couple at one point. It all came crashing down when Colville left town because she shot at her love by accident.

Any long-time Y&R fans remember Cole Howard? The writer swooned many a woman in Genoa City in the ‘90s, including Nikki (and) Victoria Newman, and Nina Webster. Alas, his relationship with Ashley Abbott had Y&R fans chomping at the bits. After his marriage with Vicki hit a massive road block, Cole turned his attention to the beautiful blonde and the two shared a pretty incredible romance until he left town in 1999.

One of GH’s most popular characters of all time has to be Robert Scorpio, and he had quite a few romances over the years. Of course, many remember the incredible romantic (and BFF) relationship he and Anna Devane have shared, as well as an epic coupling with Holly Sutton. However, many may not remember the sweet romance between he and Katherine Delafield. She was a well-to-do pianist, which mixed well with the superspy’s wit, humor, and charm. The two were quite serious and almost got hitched until Robert backed out of the deal. In the end, Delafield ended up leaving Port Charles and hasn’t been mentioned much since.

During their heyday, Tanner and Molly were a sweet young couple who shared a lot of chemistry. Even though neither of them had roots in Salem, they met while working together at Wings. She was a waitress and he was a bartender. The two had their fair share of ups and downs, but unlike most soap opera super couples, they ended up together “in the end.” They decided to start new and fresh life in Chicago in 1992 (together) and haven’t really been talked about on the DOOL since.