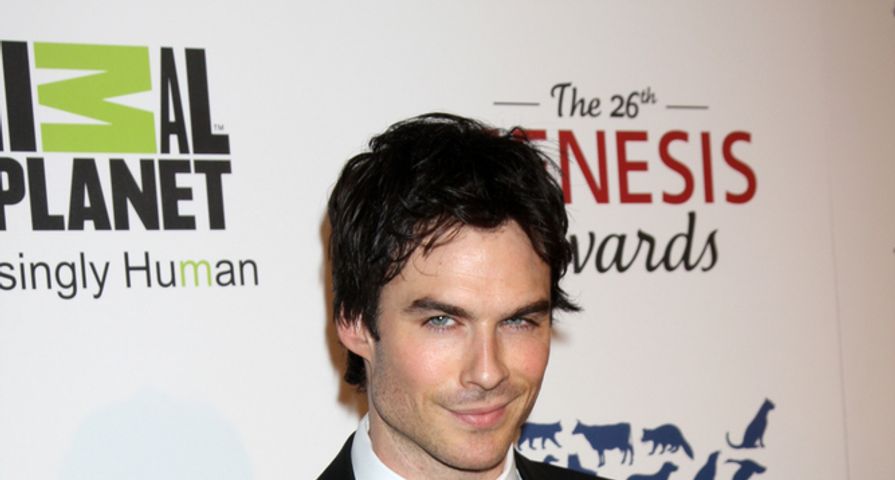 Most of the men in Hollywood are gorgeous, so it should come as no surprise that some of them kickstarted their careers as models. Many of these men were definitely more interested in finding work as actors, but modeling scouts found them first! We’ve already featured a list on the many actresses who started out as models, so we figured it’s about time we see which actors took the same route. Here is our list of the 9 hottest actors who began their careers as models. While many of them gave up their modeling careers to pursue acting, we imagine that they’re happy knowing that they always have modeling to fall back on!

While attending the University of Iowa, Ashton Kutcher entered the “Fresh Faces of Iowa” modeling competition. He placed first and won a trip to New York City to attend the International Modeling and Talent Association Convention where he placed second. Kutcher stayed in New York and was then signed to Next modeling agency. He appeared in ads for Calvin Klein and modeled in Paris and Milan before he abandoned modeling altogether, relocated to Los Angeles and was cast in “That 70s Show.”

Before landing his breakthrough role in the film adaptations of the “Twilight” saga as Emmett Cullen, Kellan Lutz was a model for Abercrombie & Fitch. Even though he is best known these days as an actor, he still continues to model. In 2010, he lent his face and body to Calvin Klein’s Spring 2010 ads. Lutz is currently signed on with Ford Models, so if the acting thing doesn’t end up working out, he can always go back to modeling.

When Chad Michael Murray was first getting his start in Hollywood, he took modeling jobs for Sketchers, Tommy Hilfiger and Gucci to make ends meet even though acting was his real passion. The same year that he started modeling, he was also cast in “Gilmore Girls” as Tristan DuGrey, one of the main characters during season one. Murray’s big break came a few years later when he was cast as Lucas Scott on “One Tree Hill.”

Before he became an actor, Jamie Dornan used to model for Calvin Klein, Armani, Aquascutum and Christian Dior. This Irish actor hasn’t taken on too many film roles at this point. One of his biggest roles to date was in “Marie Antoinette;” however, he has been making headlines for several months now after landing the coveted role of Christian Grey in the film adaptation of “50 Shades of Grey.” Dornan is expected to become a huge star.

After being discovered by a modeling scout on the streets of Miami, Channing Tatum worked for big names like Armani and Abercrombie and Fitch. Even though he was also working in commercials at the time, he kept finding more success in modeling. After he signed with a modeling agency in Miami, he appeared in Vogue magazine, Abercrombie & Fitch, Nautica, Dolce & Gabbana, American Eagle Outfitters and Emporio Armani. After landing a guest spot on “CSI: Miami,” Tatum decided to pursue acting full time.

Taylor Kitsch began modeling over a decade ago. He moved to New York City to pursue a modeling career with IMG; however, he struggled to make ends meet and wound up being homeless for a while. Eventually he decided to relocate to Los Angeles where he modeled for Diesel and Abercrombie & Fitch. A couple of years later, Kitsch got his big break as Tim Riggins, a high school student/fullback for the Dillon Panthers on the hit show Friday Night Lights.

In 1997, Josh Duhamel won the title of Male Model of the Year in the International Modeling and Talent Association competition, beating out the likes out of Ashton Kutcher. That same year, he was spotted by an agent, which convinced him that he wanted to be an actor instead. Several years later, Duhamel got his big break after he was handpicked by Steven Spielberg for the role of Captain William Lennox in the 2007 blockbuster “Transformers.”

Before he was an actor, James Marsden was a Versace model. He began his acting career guest starring on popular television shows including “Saved by the Bell,” “Touched by an Angel” and “Party of Five.” Even though he has been around in Hollywood since the early to mid ‘90s, his breakthrough role came in several years later when he landed the role of Scott Summers/Cyclops in the first three films of  “X-Men” series.

Before he was even a teenager, Ian Somerhalder was a model for Guess, Nautica and Versace. He left modeling behind when he was 17 to focus on becoming an actor. Although he has been acting since the beginning of the aughts, he landed his breakthrough role on the hit TV show “Lost” in 2004. His biggest role to date since has been on CW’s “The Vampire Diaries” as Vampire Damon Salvatore, where he has received positive reviews for his performance.