Did You Know They Were Teen Moms? Forgotten Celeb Pregnancies 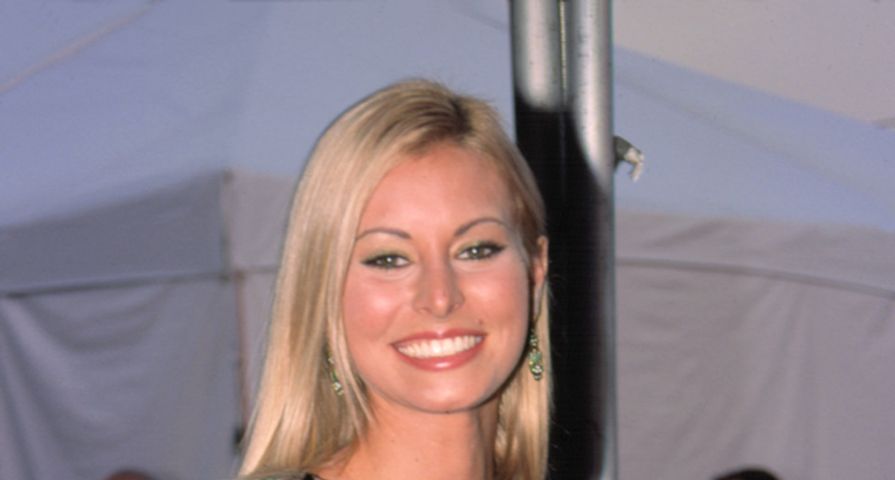 Jamie Lynn Spears had one of the most high profile teen, out-of-wedlock pregnancies in Hollywood history. She was just 16 when word got that she was expecting her first child with her teen boyfriend Casey Aldridge, which generated a lot of controversy. In spite of this, Spears had the child, Maddie, the following year and tried to make it work with Aldridge for another three years. The two were engaged at one point, but ended up calling it quits for good in 2010.

This American Idol winner had her daughter Zion Quarri with her high school sweetheart when she was just 16. However, she proved that having a child at a young age doesn’t have to interfere with one’s life goals. Three years after the birth of her daughter, she rose to fame when she won season three of the reality TV series American Idol in 2004. Now she has a successful career in music and she has even won a Grammy.

In 1973 when Whoopi Goldberg was only 18 years old she married her first husband Alvin Martin and together they welcomed their daughter Alexandrea Martin. While Whoopi and Alvin divorced after only six years, becoming a mother so young meant that the star became a grandmother at only 34 and a great-grandmother at 58. Goldberg went on to marry David Claessen and then Lyle Trachtenberg, but having Alexandrea at 18 was the only time she became a mother.

Emily Maynard became a reality TV star after appearing on season 15 of The Bachelor where she was chosen by Bachelor Brad Womack. After their relationship ended, Maynard was tapped as the lead of The Bachelorette’s eighth season, but it was her backstory that had fans the most interested. At only 18 years old, Maynard was engaged to American race car driver Ricky Hendrick IV, and after his tragic death in a plane crash in 2004 she found out she was expecting their child. At only 18, Maynard became a mother and lost her daughter’s father.

Aretha Franklin was just a young teenager when she first became a mom. She gave birth to her first son, Clarence, when she was 13-years-old and she had her second son, Edward, when she was 15. Since she was in the midst of pursing her music career, her grandmother and her sister Erma took turns raising the two boys for her. Franklin has never disclosed who fathered her two sons or if it was the same man. This all sounds pretty scandalous to us!

Bristol Palin is one of the most famous teen moms in the United States. Her pregnancy made headlines in 2008 because her mother Sarah Palin was running for Vice President and was openly against sex before marriage. Bristol was only 17 at the time and her mother made it clear to everyone that her daughter was going to marry the child’s father, Levi Johnson. Bristol and Levi never made it down the aisle and, since their son Tripp’s birth, they have fought about everything from custody to child support payments. Interestingly enough, a decade later Bristol Palin actually joined the cast of Teen Mom OG because she had once been “the most famous Teen Mom in America.”

Suzanne Somers career took off when she was only 23 years old thanks to her role as a prize model on Anniversary Game, and she defied the odds because only four years earlier she had become a teen mom. At 19 years old, Somers married Bruce Somers and later that year they welcomed a son, Bruce Jr. Only three years later, their marriage came to an end and Somers would soon find herself on Anniversary Game where she met and fell in love with host Alan Hamel. The pair married in 1977 and although Somers became pregnant, she admitted she had an abortion because she was not ready to have a second child, and that same year she landed her iconic role in Three’s Company as Chrissy Snow.

Prior to becoming a star, Roseanne Barr’s childhood and personal life was rife with drama and while she has been an open book about her life, there was something she hid for quite some time: her teenage pregnancy. In the late ’80s, Barr revealed that she became a teenage mother at 18 years old when she welcomed her daughter Brandi, but she ended up putting her up for adoption. “I went away to Denver and moved into a Salvation Army home for unwed mothers. My family wasn’t too supportive. I gave my baby up to the Jewish Family & Children’s Service in Denver. They said they had a couple that had waited seven years for a Jewish baby.” Eventually Barr was reunited with Brandi and she even went on to work on the set of Roseanne for some time.

Anna Nicole Smith was another celebrity who was a teen mom. The late Playboy model began her career as a high school drop out working in a local fried chicken restaurant. It was there that she met her first husband, Billy Smith. They married when she was 17 and he was 16 and welcomed their first and only son, Daniel, a year after they married. A year later, the marriage fell apart and the two former lovebirds separated. Shortly after that, Smith set out seeking fame and fortune and it looks like her mother spent time raising Daniel.

Country legend Naomi Judd had her first child, Wynonna, when she was just 18-years-old. Four years later, she welcomed her second child, Ashley. Naomi raised her daughters as a single mother and worked several odd jobs to support her family. She was a nurse, a secretary, a waitress and a clerk before she joined forces with her eldest daughter Wynnona to become one of the most successful mother-daughter duos in country music.

Loretty Lynn wasn’t a teen mom once, but three times! At only 15 years old, the country music legend married Oliver Vanetta Lynn, and a year later at 16 she welcomed their first of six children, daughter Betty Sue. At 17 years old, Loretta gave birth to their second child, Jack Benny, who tragically passed away in 1984 after a drowning accident. When she was only 19 years old, the pair welcomed their second son and third child, Ernest Ray.

Sofia Vergara married her high school sweetheart, Joe Gonzalez, when she was 18 and gave birth to their only child when she was 19. The marriage fell apart a year later and she has never married again or had any other children. When the “Modern Family” star was engaged to Nick Loeb, she talked to Redbook about her lack of desire for more children. “When I had Manolo, I was 19, and I had the energy for everything,” she said. “My boyfriend now wants to have kids, and I don’t even want to think about it.” After reading this, it shouldn’t come as too big a shock that they broke up this year for good.

According to Solange Knowles, she wanted to settle down and have children when she was young. She found out that she was pregnant when she was 17 and, that same year, she married Daniel Smith, her high school sweetheart and the father of her child. The following year they welcomed their only son Daniel Julez. The young couple didn’t end up being able to make it work and were divorced less than three years later.

Niki Taylor was married with twin boys – Jack and Hunter – at the age of 19. According to her, she always envisioned herself as a young mom but, in hindsight, she feels as though she rushed into things. “I was young, and I thought I was in love. So when the babies came, it was not something I signed up for,” the former supermodel told People. “We were just two totally different people and after two totally different things. I was pregnant at 18, had [Jake and Hunter] at 19 and divorced by 21…it was a lot on my plate for my young 20s!” It certainly was!