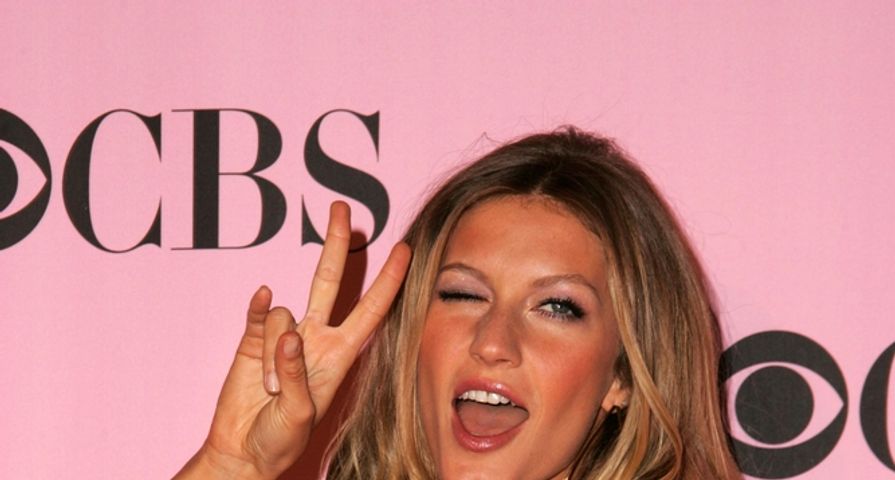 Forbes list of the world’s highest paid models for 2014 just came out and you can check it out here! In the ranking, there are a total of 21 models who collectively earned $142 million. With lucrative cosmetic and fragrance contracts and endorsements, these ladies have managed to become quite wealthy. There are some new faces on the list; however, there are also many familiar ones. Looking at this list gets us kind of excited about who we might see on there next year. Maybe Kendall Jenner? We have a list of the top ten models from Forbes’ list, as well as some information on how they managed to land their spot. Check it out and see if you can guess who stole the number one spot!

Natalia Vodianova may have been in the third spot last year on Forbes’ highest paid models list with an estimated earnings of $8.6 million but, this year, she is in the tenth spot with estimated earnings of $4 million. The Russian-born model has a longstanding and well-paying contract with Calvin Klein Euphoria, as well as a smaller contract with Guerlain cosmetics. She also designs a line for European lingerie makers Etam.

This American model also brought home an estimated $5 million in the last year, which places her in the ninth spot on Forbes list of highest paid models. She has fallen three spots since last year, despite bringing in the same amount of money. Hilary Rhoda has maintained her earnings thanks to a lucrative contract with Estee Lauder cosmetics and she models in campaigns for brands like Totême, Sarar, and Helmut Lang.

Alessandra Ambrosio landed in the eighth spot with estimated earnings of $5 million this past year. One of her main sources of income is her contract with Victoria’s Secret; however, she also lucrative contracts with companies like PINKO and H&M. This year, she collaborated with U.S. retailer Cherokee to launch her own fashion and life brand Ále by Alessandra, which was first shown by a Southern California-based retailer called Planet Blue.

Liu Wen is the first Chinese model to walk the Victoria’s Secret catwalk. While she continues to walk in the brand’s fashion shows, she also has contracts with Estee Lauder, Esprit, H&M and Calvin Klein. Wen is always adding new and lucrative jobs to her resume. She is the new body of La Perla and she has contracts with Coach, Tory Burch and Lane Crawford. Wen also supplements her income with several deals that she has from China.

Miranda Kerr may not be one of Victoria’s Secret’s Angels anymore, but that doesn’t mean she is making less money. This dimpled beauty currently has a seven-figure contract with Wonderbra and she is also involved with H&M, Swarovski, Reebok, Mango and Shopstyle campaigns. In addition, this Australian-born model owns her own cosmetics line, Kora Organic, and she has released a Kerr-endorsed teacup for Royal Albert.

This is Kate Upton’s first time in the top ten for Forbes’ list of highest paid models. She took home an estimated $7 million this past year thanks to lucrative contracts with Bobbi Brown cosmetics and Express clothing. She has also landed campaigns for Sam Edelman, David Yurman and Accessorize. The curvaceous beauty isn’t just a pretty face – she forayed into the acting world this year. She had a role in “The Other Woman” alongside Cameron Diaz.

Kate Moss landed in the third spot for world’s highest paid models, alongside Kate Upton, Miranda Kerr and Liu Wen. This former supermodel is the only one remaining from the old guard. She made an estimated $7 million from her deal with Rimmel London and her campaigns for St. Tropez self-tan and Kerastase hair care products. She also collaborates on fashion lines with British retailer Topshop and has a contract with jeweler David Yurman.

Adriana Lima is the longest running angel in Victoria’s Secret’s history; she first began modeling for them back in 2000. Because of her seniority, she brings home a supersized paycheck. This year, Lima signed a contract to be Desigual’s brand ambassador. She is also the face of Maybelline, has a contract with Veet hair removal cream in Turkey and she is the face for AMAZONIA water. All this combined makes this Brazilian model one wealthy woman.

Doutzen Kroes earned an estimated $8 million this past year. She landed in the second spot on Forbes’ list – alongside Adriana Lima – because of her lucrative contract with L’Oreal cosmetics, a longstanding Victoria’s Secret deal, her work with H&M and her appearances in advertisements for Emilio Pucci and Miu Miu. This Dutch model is the also the face of the new Calvin Klein fragrance ad and she has her own line of cashmere sweaters.

Gisele Bundchen is the highest paid model in the world for the eighth year in a row. She brings home an estimated $47 million thanks to lucrative contracts with H&M, Chanel and Carolina Herrera. She also gets a cut of the sales from the jelly sandals that she designs for Grendene, a Brazilian shoemaker. In addition, she is the face of Pantene hair products and Oral-B in Brazil and she has her own line of lingerie, Gisele Bundchen Intimates, which definitely helps pad her bank account.