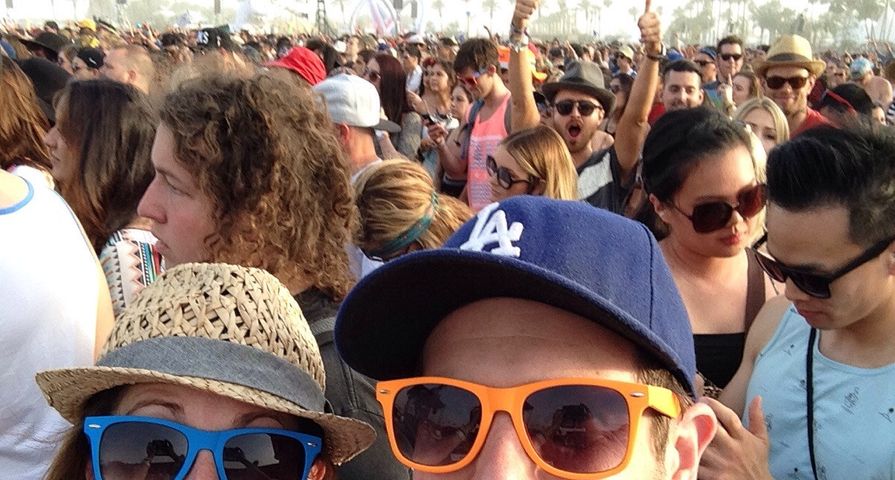 Aaron Paul loves photobombing people almost as much as he loves Coachella (it’s where he met and shared his first kiss with wife, Lauren Parsekian).

Naturally, when the time came for his two loves to intertwine, the “Breaking Bad” star did not waste the opportunity. On Saturday, April 12, an unsuspecting couple was just trying to take a selfie when Paul totally photobombed them a few rows back. And because it’s the celebrity mecca that is Coachella, you can see actor Kellan Lutz managed to sneak himself into the photo, too.

The couple shared the photo on Reddit on Sunday, and now the Internet loves Aaron Paul just a little more.