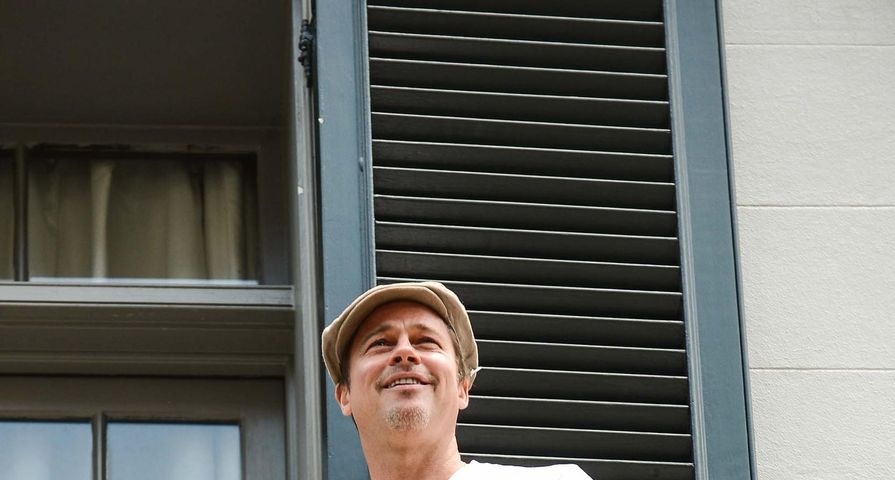 Matthew McConaughey was messing around on a New Orleans balcony when Brad Pitt emerged from his own balcony across the street.

In a scene caught on video from multiple angles (see one above and another below), the two actors had a brief chat. It was the New Orleans equivalent of a conversation over backyard fences.

Then, Pitt went inside, grabbed a beer and tossed it across the street to McConaughey. Bestofneworleans.com reports that the brew delivered via air was a NOLA Hopitoulas.

The “Dallas Buyers Club” star did just what you’re supposed to do when a neighbor tosses you a beer: He popped it open and drank it.

McConaughey was in town with New Orleans Saints quarterback Drew Brees to film a segment for “The Amazing Race,” while Pitt and family own their home in the Crescent City.

Rumor has it that Pitt will be one of the season two stars of “True Detective,” which featured McConaughey and Woody Harrelson in season one.

This article originally appeared in The Huffington Post http://www.huffingtonpost.com/2014/05/18/brad-pitt-matthew-mcconaughey-beer_n_5349539.html