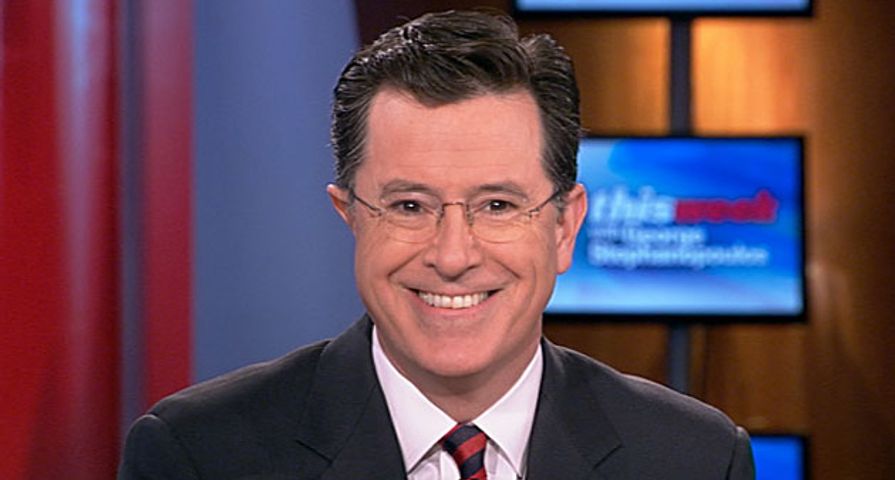 Colbert, host of Comedy Central’s award-winning The Colbert Report, has signed a five-year deal to host the Late Show once Letterman retires in 2015. Where the show will originate — New York or Los Angeles — will be announced at a later date.

In a statement, CBS President and CEO Les Moonves said, “Stephen Colbert is one of the most inventive and respected forces on television. David Letterman’s legacy and accomplishments are an incredible source of pride for all of us here, and today’s announcement speaks to our commitment of upholding what he established for CBS in late night.”

Colbert added in his own statement, “Simply being a guest on David Letterman’s show has been a highlight of my career. I never dreamed that I would follow in his footsteps, though everyone in late night follows Dave’s lead.”

He continued, “I’m thrilled and grateful that CBS chose me. Now, if you’ll excuse me, I have to go grind a gap in my front teeth.”

While Colbert hosts his own show as a character he created, he will host the Late Show as himself.  In a statement to ABC News, Colbert clarifies, “I won’t be doing the new show in character, so we’ll all get to find out how much of him was me. I’m looking forward to it.”