One Life To Live’s 7 Worst Couples 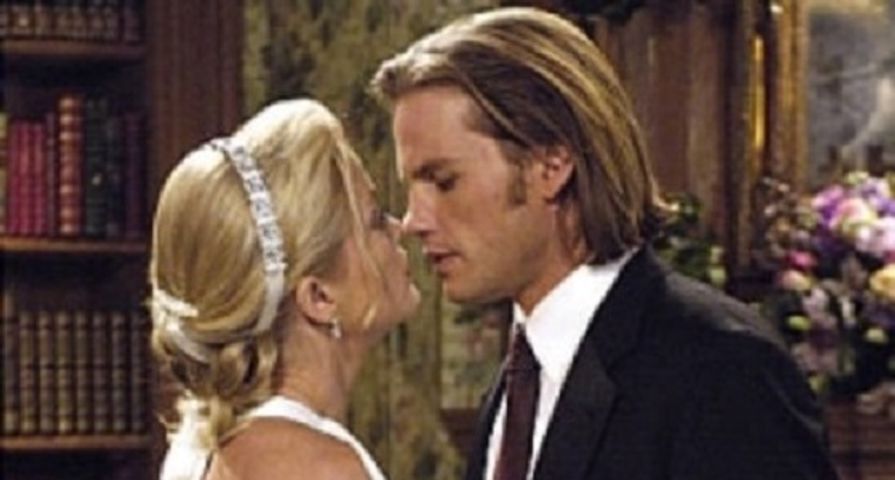 One Life To Live (OLTL) was a popular soap opera that ran from 1968 to early 2012. The soap was reprised for a few months in 2013 when it hit the web through iTunes and Hulu, but officially went off the air in August of that year due to a lawsuit involving Prospect Park. Alas, even after all these years, there are still some OLTL fans still missing their favorite soap, with unforgettable storylines, rivalries, adventures and couples. Despite this, there are a few Llanview characters and couples we wish we could forget. Below are seven of the worst OLTL couples in the show’s history.

After 27 years of absence, Echo DiSavoy stormed back into Llanview with nothing but trouble on her mind. While it was nice to see veteran soap opera actress Kim Zimmer on OLTL, the affair she engaged in with Charlie Banks was a horrible watch from the get-go. It’s never a good thing to see a manipulator win over a decent guy, and when these two hooked up in 2011 fans had to endure this terrible coupling for months. Echo successfully tore Viki and Charlie’s marriage apart; however, thankfully Charlie learned the truth about Echo’s paternity lies and ditched her by the year’s end. The only sad part was, with his relationships to Viki (and Echo) behind him, Banks left Llanview and headed back to Texas shortly after the storyline ended.

Two incredibly good-looking and smart individuals hook up for a steamy affair in Llanview. One would think that the coupling of Natalie and John would be a match made in heaven. Sadly, it was not. The two were on-and-off from 2004 to 2007 and then hooked back up again in 2012, but they never had that “it” factor or chemistry that so many other OLTL couples possessed.

As many OLTL fans are aware, there is nothing this soap loves more than alternate personality storylines. There was a taste of it above in the Echo/Charlie/Viki storyline (where Vik would fall in and out of her personality Niki now and again), and an arc that centered around Jess and her other personality “Tess.” The Ford and Jess (or Tess) relationship was doomed from the start. When Jess realized she was pregnant in 2010, the baby’s paternity came into question when it turned out that Robert Ford had raped her at prom. Her alter-ego “Tess” emerged after she realized that her love Brody had cheated on her and that’s when she turned to Ford. It was painful to watch these two in a relationship and thankfully their union was short-lived.

Speaking of Jess/Tess, she sure did seem to make poor relationship decisions when Tess would come out. Another terrible coupling was Jess as Tess, together with Nash. The worst part of this entire relationship was the fact that for the most part, Nash was desperate to keep Tess strong, despite the fact that he knew she was Jess’ alter (bad) ego. He would eventually come to love Jess (and vice-versa) and the two would be married. However, their stale relationship would dissolve after the Nash character passed on in 2008.

Marty Saybrooke was certainly a legendary OLTL character, evolving from a bad girl who looked to ruin people’s lives, to a heroine rape victim that fought to prove Todd Manning was not the perfect pretty boy everyone thought he was. During this storyline, Marty was involved with Suede Pruitt. While the character ended up saving her life, which costed his own, their couple status was far from epic. Good news is Saybrooke would move on to super couple status with Patrick Thornhart despite her lack-of-chemistry relationship with Suede.

Nora had many a leading OLTL man in her life during her Llanview time, but the strangest relationship was probably with Daniel Colson. The two did get hitched in 2005, but things took a turn for the weird that year when it turned out that Colson wasn’t only gay, but a murderer as well. He killed Paul Cramer to shut him up when he figured out he was gay and began blackmailing him. As the storyline progressed, Daniel ended killing another OLTL character, Jen Rappaport. Thankfully all was eventually exposed. Nora divorced Colson and he later headed off to jail.

Back in 2008, OLTL fans were disgusted when Todd Manning seduced a Marty Saybrooke (who was suffering from amnesia). While he did help her recover from her accident, it was still weird to see these two together. This was the man who had raped her, made her look like a liar in front of her town peers, stalked her, and killed her boyfriend. This is a soap opera, so anyone has the potential to hook up. In somewhat a silver lining, it turned out years later that Todd was actually Victor Lord Jr., but it was a horrible watch for OLTL audience to see Marty and Todd hook up, and they made a terrible couple to boot.