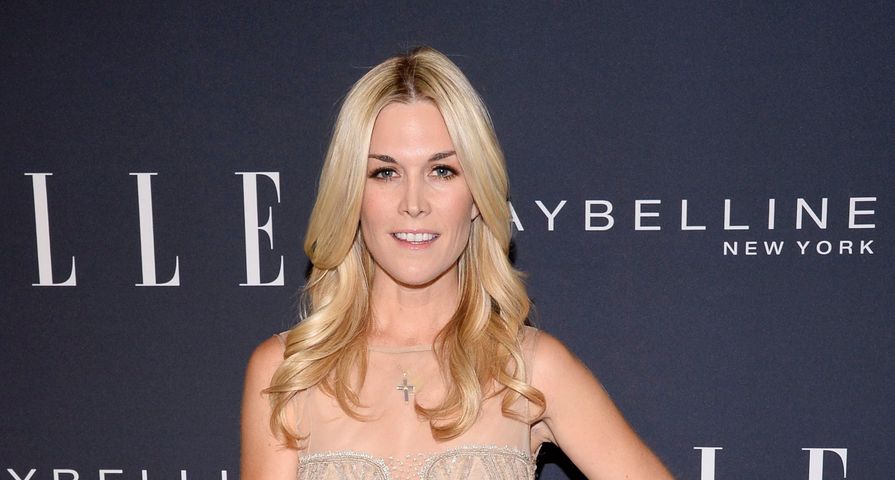 The Real Housewives of New York City is finally back for its ninth season and they have added another Housewife — New York City’s former “It Girl” Tinsley Mortimer! The beautiful blonde has spent her fair share of time in the spotlight and she’s getting another shot at it thanks to her role on RHONY. Not a whole lot is known about Mortimer, so here’s a look 10 things you didn’t know about the socialite turned Housewife:

According to online reports and from the looks of Bravo’s newest trailer, Mortimer was introduced to the group through veteran Housewife, Sonja Morgan. Tinsley Mortimer had previously moved from New York to Palm Beach, Florida, but now that she’s back in the big city, she is temporarily living with Morgan.

She might be a rookie on The Real Housewives of New York City, but she’s definitely no stranger to being on television. She was given her own reality series on the CW network called High Society which followed the daily lives of Mortimer and other New York socialites like Paul Johnson Calderon and Devorah Rose. Unfortunately, the show didn’t do so well and was cancelled after only eight episodes.

Tinsley has been married twice…to the same man! The name ‘Mortimer’ comes from her ex-husband, Robert Livingston “Topper” Mortimer. He also comes from a wealthy family as his great-grandfather was an executive at Standard Oil. The former couple were high school sweethearts who eloped soon after graduation. When their parents found out they made them get an annulment. They moved to New York City together after high school which is where Tinsley attended Columbia University and graduated with a degree in art history. After Tinsley graduated, Topper and Tinsley married again in 2002 in a more traditional ceremony, but then divorced in 2009 after being plagued with rumors of infidelity.

The 41-year-old socialite wrote a novel back in 2012 called Southern Charm. The book talks about living a sophisticated lifestyle and it follows a Southern belle named Minty Davenport as she moves from South Carolina to New York City and the challenge that comes with that transition. She also contributed to the best selling book, The Park Avenue Diet, which gives tips on socializing, has her own Home Collection through Pop Culture Promotions and in 2008 worked for a condominium development to help with branding and design.

Fans of the former CW series, Gossip Girl, might be familiar with the name Tinsley Mortimer because she was referenced multiple times on the show as one of the most well known NYC “It Girls” and a true socialite. She even made a guest cameo on the show in the season two premiere which aired on September 1, 2008.

One of the reasons Tinsley was able to climb the social ladder in New York was not only because of her bubbly, friendly personality and well educated background, but also because she has many ties to old money through her ex-husband and her relation to one of the founding families. Her family is quite wealthy as her grandfather, George Riley Mercer Sr., founded Mercer Rug Cleansing in 1936 and her family is descended from John Mercer, the writer of the first code of Virginia. She’s also a descendant of Thomas Jefferson and relative of Patrick Henry and James Madison.

4. Part of the Fashion Industry

After she graduated college, she worked at Vogue. Not bad for a first job! She eventually left and went back to school to get her Masters in decorative arts and then moved to the public relations firm Harrison & Shriftman. She’s appeared on the front of magazines like Harper’s Bazaar and Marie Claire. She also designed her own line of handbags in Japan for Samantha Thavasa and formed her own clothing collection, Riccimie by Tinsley Mortimer, which was sold exclusively in Japan.

3. Dior Lipstick Named After Her

Due to her successful career in the fashion and beauty industry, Mortimer became a beauty ambassador for French fashion house, Christian Dior. She also helped create a Dior lipstick named after herself called Tinsley Pink Dior. It’s the first Dior color named after a Dior Beauty Ambassador.

Despite being recognized as a New Yorker and now co-starring on The Real Housewives of New York City, Mortimer is actually from the south! She was born on August 11, 1975, to her parents, George Riley Mercer Jr., a wealthy real-estate investor, and her mother, Dale Mercer, an interior designer. Tinsley was raised in Richmond, Virginia, with her one sister, Dabney Mercer, and according to her Bravo bio, spent the majority of her childhood at the Graymont, Mercer family home (her maiden name is Mercer). She later attended boarding school at the Lawrenceville School in New Jersey, where she was a member of the Kirby House.

Tinsley Mortimer had somewhat of a fall from grace when she was arrested in April 2016 after she was caught trespassing on her on-again-off-again ex-boyfriend Alexander “Nico” Fanjul’s property. She told police officers she was trying to retrieve her personal items from his home, but was still booked into the Palm Beach County Jail on a misdemeanor charge. The police report states: “Mercer was crying and screaming irrationally stating that her boyfriend…was inside with another woman and she only wanted to retrieve her purse from inside.” She was previously issued a trespass warning in October 2015 and in 2013 he was accused of domestic abuse.