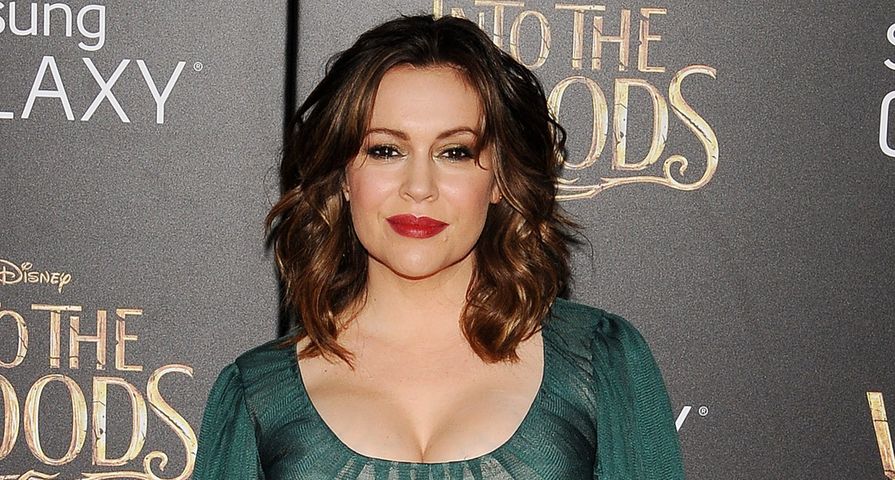 A premiere is not the same thing as a costume party!

It appears that Alyssa Milano got confused by this as she wore a witchy ensemble to the recent red carpet premiere of the film Into the Woods, which hits theaters on December 25.

The 41 year-old Mistresses actress donned a dark green Dolce and Gabbana dress with tie-up corset bodice, billowy peasant sleeves and a whole lot of cleavage. It may have gone with the themes of the movie, but onlookers were confused by the choice, since Alyssa isn’t even in the movie!

Check out the video to see what you think of Alyssa’s strange look.

AOL called her ensemble a “fashion fail,” writing, “Alyssa Milano may want to head out of the woods and into a stylist!”

Meanwhile, The Daily Mail may have uncovered the real motivation behind her witchy dress. Alyssa starred as a witch herself on the show Charmed, which aired for eight seasons.

“She played Phoebe Halliwell on Charmed from 1998 until 2006, and was always seen in sexy – and often bizarre – outfits that were in fashion at that time,” says the website. Maybe she’s trying to relive her glory days?

We do have to admit that Alyssa looks amazing after giving birth to her second child just three months ago — we’re just confused by the dress!