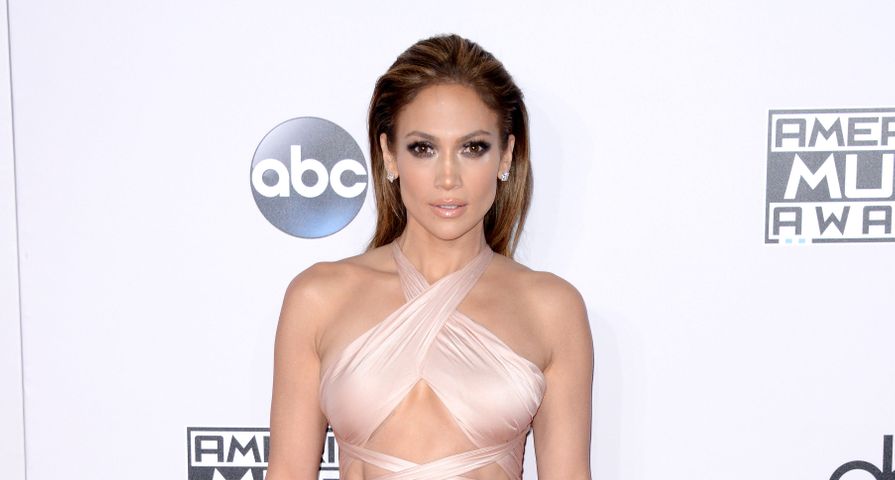 With so many stars coming together for one of music’s biggest nights at the American Music Awards, it inevitably means some will try too hard or not all with their fashion choices, falling short of dazzling on the red carpet.

At 45 years old there is absolutely no doubt that Jennifer Lopez has a body that women of any age would love to have and her new hit song “Booty” is proof that she’s still rocking the music world. Unfortunately for J.Lo, however, she failed to impress on the AMA’s red carpet with a bod-baring, blush Reem Acra gown. The criss-crossed front and tied up waist looked a little too hap-hazard. We’re well aware she has killer abs and there is no way she could ever look bad, but she definitely could have done better for her red carpet pick.

Much like Jennifer Lopez, it is close to impossible to find something that supermodel Heidi Klum cannot pull off, but her red carpet look left something to be desired. Klum went a little edgy with her black and pink Versace crop top and matching skirt. The pink strips going every which way were a little much and then she added clunky pink and blue stacked heels that threw the outfit off even more.

Nicki Minaj has never gone for conventional in any of her looks so it’s no surprise that her choice this year was not one of her best. The “Anaconda” rapper looked like a lost ballerina in a black, neck-high minidress with a tutu type skirt and rib cutouts. It didn’t help that she didn’t look too impressed in any of her pictures either, maybe she did not get a say in her confused, “Black Swan” look.

Disney channel actress and singer Zendaya may have had the worst look of the night. While she took the opportunity to show off her awesome toned stomach, that was probably the only good thing about her outfit because she looked like she got the AMA’s confused with a 70’s party. Pairing a light blue bra-top with a huge shiny gold jacket and matching pants, she is still gorgeous, but in the completely wrong outfit for the event, unless of course she is trying to land a role for a film based in the 70’s. Luckily at only 18 years old and tons of talent under her belt, she will have plenty of time and opportunity to get her red carpet style just right.

Last but not least is Big Brother alum and Ariana Grande’s brother, Frankie Grande. Frankie managed to raise some eyebrows and probably get a few laughs for his idea of red carpet style. He arrived wearing black high-top sneakers, super tight white jeans and no shirt at all. Instead of actually wearing a top, the Youtube star opted for one that was painted on with body-paint. The only good thing that could be said about the whole thing is that he revealed some serious muscles – unless those were painted on too.

Also Check Out: 16 Young Up And Coming Style Icons