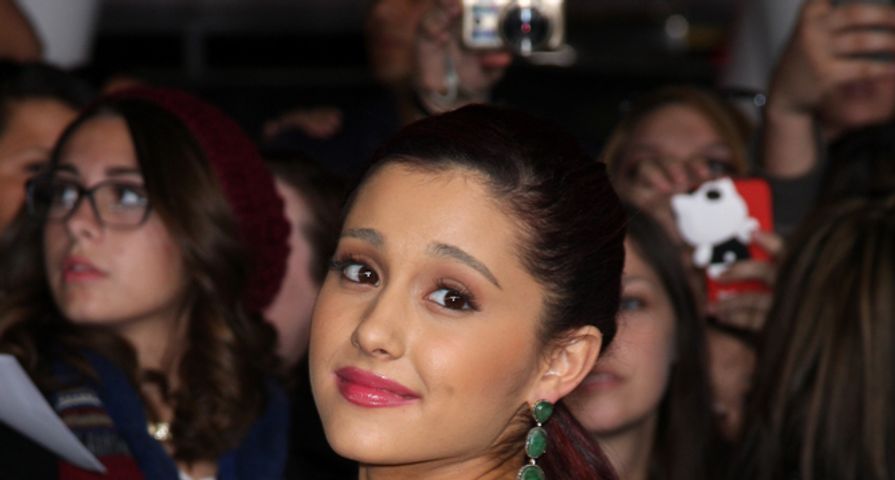 The Victoria’s Secret Fashion Show can be a dangerous place — especially if you’re tiny like Ariana Grande.

The 5-foot singer found herself with an interesting “Problem” as she performed for the lingerie spectacular, which will air Tues, December 10 on CBS: getting hit by angel wings!

As Ariana sang a song mid-show, Model Elsa Hosk walked down the runway, wearing fluffy pink wings. She accidentally knocked the tiny performer down into a crouching position, where Ariana made a hilarious stank face that has now become an Internet meme. Check out the video to see it!

Ever the professional, Elsa maintained her smile and kept going like nothing had happened.

Ariana also shrugged off the incident no social media, tweeting, “A Victoria’s Secret angel accidentally smacked me in the face with her wings and it was awesome #goals #bangbangintomyface.”

Maybe Ariana is trying to change her diva image. In a recent interview with In Style magazine, she said that rumors about her being a diva are “fictional,” adding, “anyone who knows me or who has done any homework at all knows that I would literally give a limb for my fans.”

It could be Taylor Swift who’s the real diva. She also performed at the Victoria’s Secret Fashion Show, but only after demanding that a model who dissed her last year wouldn’t be walking the runway!