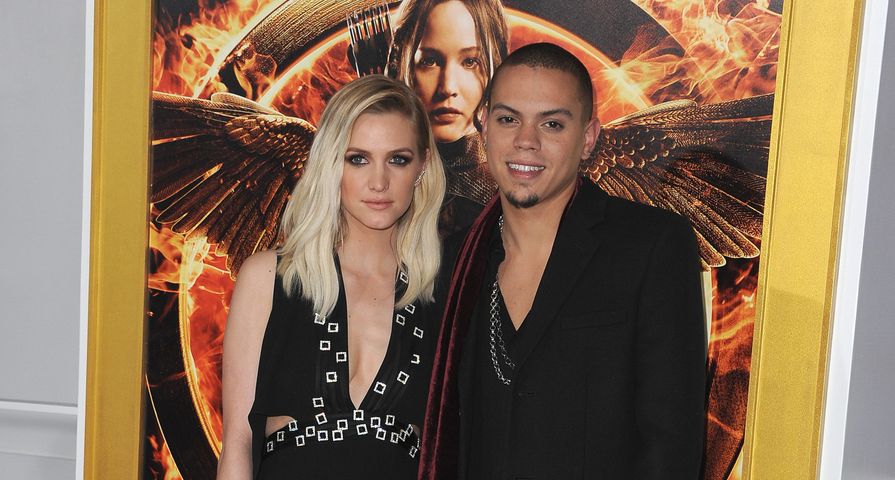 After four months of married bliss, multiple sources have confirmed that Ashlee Simpson, 30, and her husband Evan Ross, 26, are expecting their first child together.

The news of the pregnancy comes shortly after Ross hinted at starting a family with Simpson while at The Hunger Games: Mockingjay-Part 1 première, as Ross appears in the film.

“I would love to [have kids]. As many as possible!” He added, “I got married, I have new music and I’m part of the Hunger Games. It’s been a great year.”

Ross and Simpson were married earlier this year at his famous mother’s estate in Connecticut with Diana Ross also doing the officiating for the big day.

The new baby will be the third grandchild for Diana Ross and the first child for Evan but the second for Simpson who is already mom to son Bronx, 6, with her first husband Pete Wentz.

Simpson and Fall Out Boy’s Wentz were married in 2008 and only two weeks after the ceremony the couple announced they were expecting.

Their son Bronx Mowgli Wentz was born in November 2008 before Simpson filed for divorce in 2011 citing irreconcible differences and asking for joint custody of Bronx.

Simpson and Ross made their relationship public in the summer of 2013 and were engaged in January 2014, only a few months before their August wedding.

The newly expectant couple have been seen out and about making last minute preparations for the holiday season before getting ready for the arrival of their newest family member.