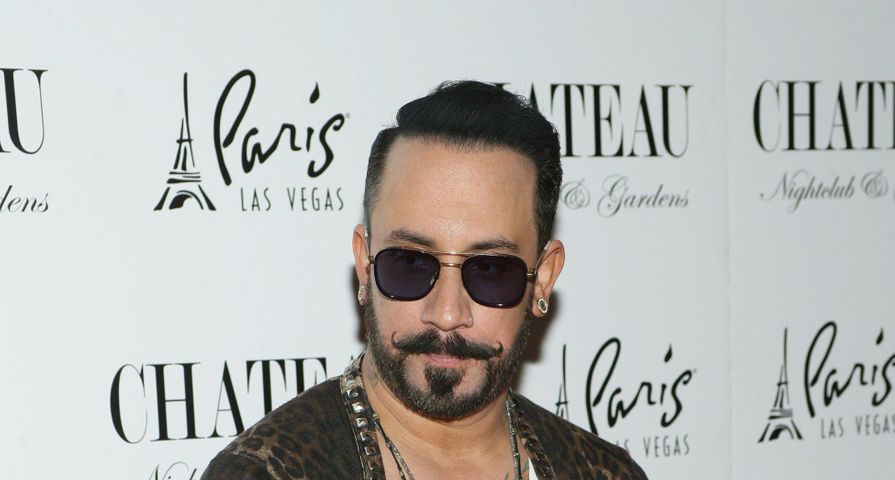 At 36-years old A.J. McLean from the hit boy band the Backstreet Boys is still enjoying his band’s major success as they are still doing tours in front of tons of fans, most recently linking up with other hit boy band, New Kids on the Block.

While his career may not have changed since BSB rose to fame in the mid 90’s but his home life sure has.

McLean married his wife Rochelle Karadis in December 2011 and welcomed their first child Ava, in November 2012, leaving McLean in a boy band on stage and outnumbered by a house full of women at home.

“My wife’s caught baby fever again so we’re talking…we’re thinking number two. I leave on tour in April so we’re thinking right around April we’ll make a baby,” he stated.

Right now he is enjoying being a father to little Ava as she takes after her dad with her love for music and dancing.

A.J. talked about morning dance parties that happen in his house with daughter Ava, wife Rochelle and his mother-in-law.

“She’s huge into dancing so we’re about to get her into dance class. Not sure where she gets that from,” he joked.

He also stated that his daughter’s favorite singer is not her own father, instead she likes Rihanna although he did admit she’s a big fan of Backstreet Boy hit, “I Want It That Way”, which came off the number one album of 1999, Millennium.

While thinking of adding another baby to the mix, McLean doesn’t seem to care if it is another girl as Ava is the best daughter, “Our daughter is the perfect girl. She lets you know when it’s time to go to bed. She’ll walk you upstairs, knock on her crib, let’s go to bed. So she’s the best. She’s the coolest kid.”