Best And Worst Dressed at the MTV Movie Awards 2014! 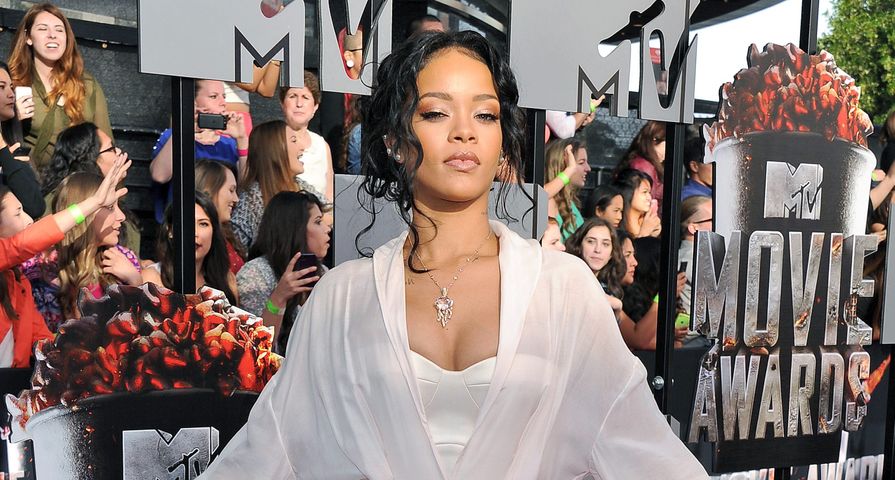 Can you get away with wearing bedroom lingerie on an award show red carpet?

You can if it’s the MTV Movie Awards.

All the hottest young stars from the film and music industry were out in envelope-pushing outfits last night, incuding Rihanna, Victoria Justice, Shailene Woodley, Nicki Minaj and more.

Rihanna is topping some critics’ worst dressed lists because she’s the one who tried to rock a white, flowing robe over a 1920s-inspired tight white bodysuit with curly bed head. She looks good, to be sure, but is it too strange for an award show? And does it make sense to show off leg but then cover your whole body with a shapeless piece like a robe? Check out the video to see if the girls from Clevver TV put her on the best or worst dressed list!

Divergent star Shailene Woodley also drew some criticism with an olive green leather dress with midriff cutout, studded belt and pleated skirt. It wasn’t even the color or the fabric that surprised people, but the fact that the dress featured a twist of leather in the middle of her stomach. Can leather be twisted? Overall, the look was rather heavy — and her slicked-back hair added to its severity.

Meanwhile, Nicki Minaj’s outfit can only be described as WOW. She rocked a slinky black floor-length gown and Cleopatra-inspired gold jewelry and makeup. While Nicki usually looks loud and avant-garde, she was straight-up glamorous last night.

Which outfit was your favorite?