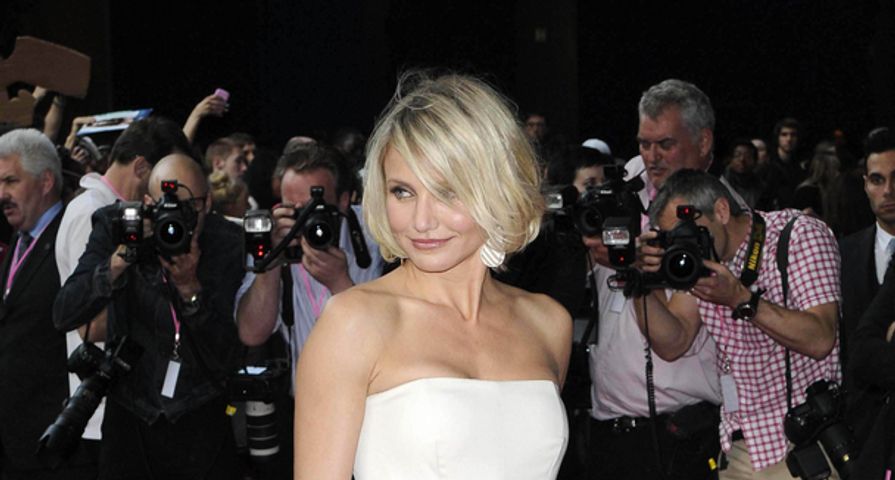 The 42 year-old actress will get hitched to Benji Madden, the 35 year-old rocker from Good Charlotte, after dating for only seven months (they were first spotted together in May of this year).

“Everyone thinks it’s wild but are so happy for them,” an insider dished. “Benji always tends to fall in love easily, but this time it’s for real and he landed a great girl. They obviously both make each other incredibly happy and there’s nothing better than that.”

Earlier this year, another source indicated that Benji was more keen on marriage than Cameron. “He is more traditional then her,” the source said. “She really doesn’t care about getting married but wants babies. He wants to get engaged and married first.”

In fact, Cameron told Marie Claire in October, “I’m not looking for a husband or marriage or not not looking for that stuff. I’m living, not thinking what I should or shouldn’t be doing with my life.”

Well, we can certainly say we didn’t expect this engagement so soon!