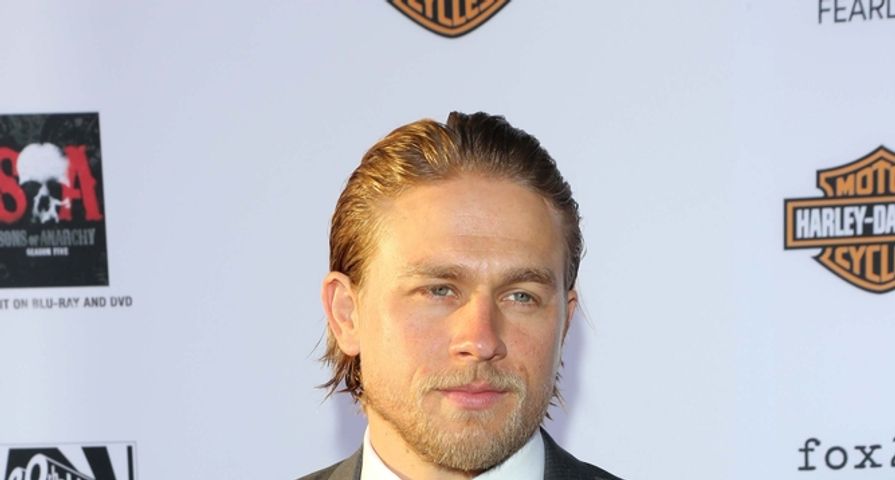 Charlie Hunnam best known as Jax from hit show Sons of Anarchy is on the cover of December’s issue of Men’s Health magazine and aside from talking fitness, opened up about his decision to leave Fifty Shades of Grey.

Sons of Anarchy is in the middle of its seventh and final season and the last episode airs on December 9, so it wasn’t necessarily conflict with his hit show that caused him to leave Fifty Shades.

When Charlie was initially cast as the mysterious and dark Christian Grey he said he was intrigued but a month later he dropped out of the film citing several reasons for not continuing with the role.

Hunnam told Men’s Health that part of the decision did have to do with SOA but more about the switch of characters than anything to do with filming conflicts.

“I was going to finish playing a psychopath who’d just lost his wife, and five days later I’d be on set playing Christian Grey. I was like, ‘This is going to be a f—ing disaster.'”

He also stated that it is important for him to be focused and give each role the time it deserves for preparation which would also not be possible for him, “It was the opposite of how I’ve tried to ground my career, not stretch myself too thin, and always do my homework.”

While Fifty Shades may be out and SOA may be done, Hunnam’s career is far from slowing down, “There’s some small independent stuff, and then I have two films I’m developing as a producer…try to keep working and doing work that I’m proud of,” he stated of his future.

As well as expanding his own projects, he will be starring as King Arthur in a new film franchise and has two more films in pre-production currently as well as a Calvin Klein campaign in the works.

In order to stay fit for the big-screen and modelling, Hunnam admits it doesn’t take much, “Done. It takes an hour; I’m in and out. I sweat the whole time,” he said of his work-out routine inlcuding pushups, squats, pull-ups and dips.