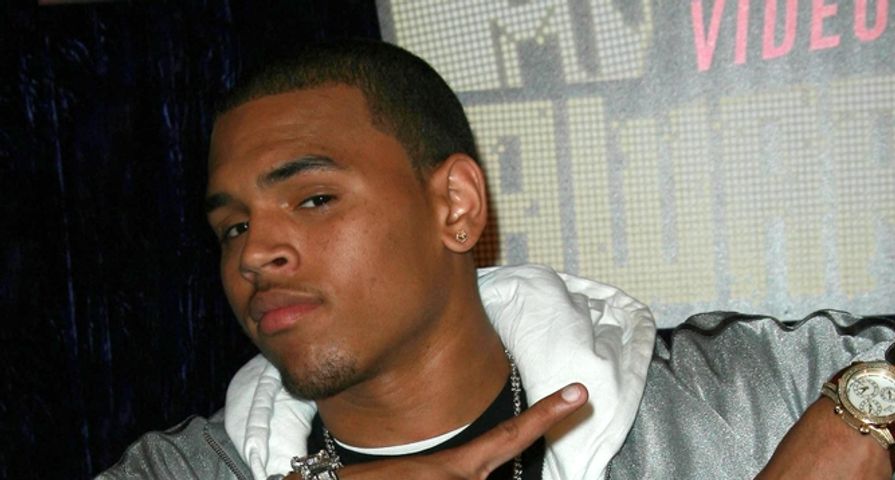 Can we just cut to the chase? Can Chris Brown just admit all the terrible things that must have happened to him as a child, or that he did a deal with the devil, so we can all pity him in the way he so desires?

We may be in a holding pattern, considering the aforementioned. Chris seems to enjoy taking jabs, literally and figuratively. And now, he’s got some new female targets with whom he can verbally spar.

The co-hosts of The Real were discussing Chris Brown and his girlfriend, Karrueche Tran. The topic was a bit scattered, but it eventually boiled down to “why would you be with someone like that?” Chris Brown was used as an example. A dude with a spotty (scrap that…), completely stained past.

Co-hosts Adrienne Bailon and Tamar Braxton led the commentary, and the other three ladies offered a few cents, but Chris, and his lady-love, only took exception to the words of Adrienne and Tamar. True to form, Brown took to social media with a stellar, misspelled, try-to-be-funny tirade, calling Bailon an “ole troutmouth” and Braxton a “muppet face.”

These names should offer wonderful illumination of Chris Brown’s mental age. The dude doesn’t understand that actions result in consequences. Perhaps if he tried ignoring what people say?

Karrueche Tran took to her own feed to defend herself. She was more judicious in her approach. No name-calling.

Tamar responded, and basically let Chris know that he was about the same age as her son, and she wouldn’t tolerate his disrespect. Whatever that means, who knows, but it’s likely the same thing Rihanna said to him before she tried to get out of the car.