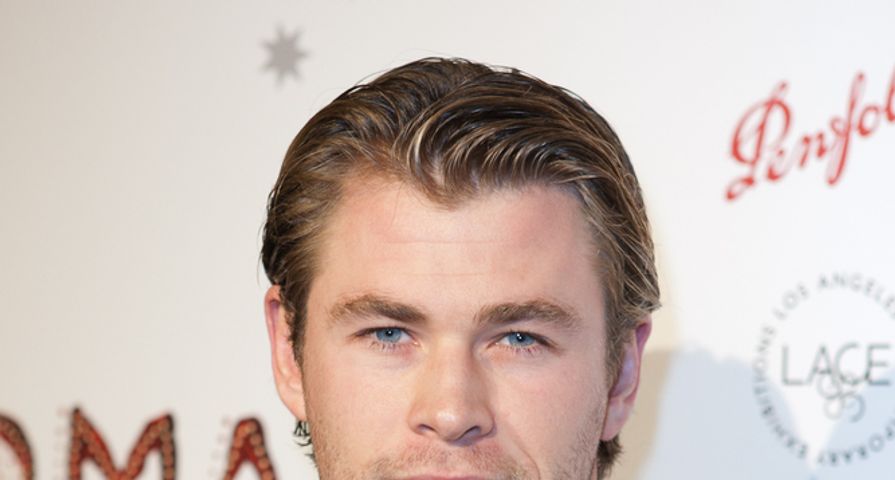 Chris Hemsworth, 31, has taken Hollywood by storm after taking on the role of the Norse God, Thor and reprising the role in the incredibly successful Avengers film.

His status led to him being named People magazine’s Sexiest Man Alive of 2014 and his 6’3 muscle bound stature makes a very good case for him being both a god, and sexiest man alive.

It’s hard to remember that Hemsworth isn’t Thor though, and when he’s not on screen he has his own family: three children with wife Elsa Pataky. Chris is also very close to his Australian family including older brother Luke, 34, and of course Liam Hemsworth, 24, who has made himself a name in films like The Last Song and The Hunger Games.

In a recent interview with GQ magazine for their January issue, the middle Hemsworth brother opened up about helping little brother Liam and compared it to his own antics as a young star on Australia’s Home and Away.

He also made a comment about Liam’s past relationships, making many believe he is of course talking about Liam’s ex-fiance Miley Cyrus.

Cyrus’s and Hemsworth’s engagement was called off shortly after she began the transition into the Bangerz! pasty-wearing, pot smoking Cyrus of today and many reports indicated Chris had something to do with talking Liam into his senses.

When asked if he protects his little brother, Chris responded, “I’ve watched Liam do things I did at his age, like being in relationships he shouldn’t be in, or being reckless just to prove a point. And I had no empathy. My mom had to remind me I was the same way.”

He then opened up about his own transition into a star and it was his older brother who set him straight, just as Chris did with Liam.

“Back when I was still on the soap, I became incredibly insecure and full of anxiety because I didn’t know if I was any good. Yet I wanted it so bad. I spent years being angsty, constantly telling people I wasn’t just part of a soap opera, I was a real artist. And I remember Luke sort of snapping, telling me to shut up, that he was sick of hearing it,” Hemsworth recalled.

Hemsworth credits his brother for bringing him down to Earth and has surrounded himself with similar friends.

For the interview Hemsworth suggested he and writer David Katz should go mountain biking, and to Katz’s surprise the friend they were borrowing bikes off of was none other than Matt Damon.

“We became friends around the time I started to work, and I’ve really benefited from watching how he handles himself. Matt’s just a normal guy who has the movie-star thing figured out,” Hemsworth said of his super famous buddy.

Also Check Out: 10 Ways To Make Marvel Movies Even Better