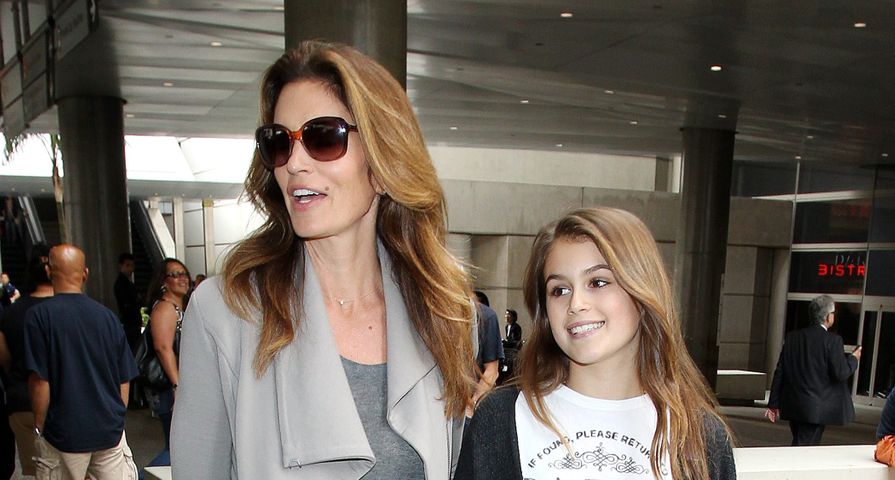 Want to be a model? It helps if your mom is Cindy Crawford.

Cindy’s 13 year-old daughter Kaia Gerber is making her modeling debut in the December 2014 issue of Teen Vogue. In her photo shoot, the teenager showed off her long brown locks, flawless skin and an uncanny resemblance to her  mother, who was one of the world’s biggest supermodels in the 1980s and 1990s.

On the set of the photo shoot, Kaia says that Cindy couldn’t help but offer advice to her daughter. “She knows so much about it,” she told the mag. “I think it would be hard for her to be on set and not say things like, ‘Psst, Kaia, put your elbow up.'”

Kaia certainly seems to like the camera — and she hopes to pursue her dreams of becoming an actress. “I like to explore beyond who I am so I can feel for other people,” Kaia explained. “When you become someone else, you better understand others.”

Kaia also posted a photo from the shoot to her Instagram account, showing off an open-back black strappy dress, oversized sunglasses, and silver cross chain dangling down her back. It needed no caption — her big smile was enough!

Do you think Kaia will be following in her mother’s footsteps?