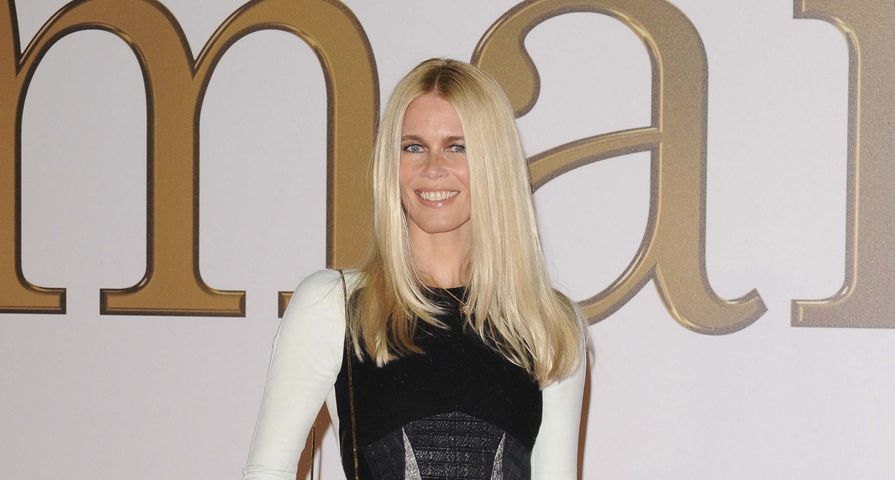 German supermodel Claudia Schiffer, 44, spent most of the 90s dominating as one of the top supermodels alongside the likes of Naomi Campbell and Cindy Crawford.

Her success as a model also launched the blonde beauty into movies and music videos as well as numerous TV appearances, however nowadays it is very rare to see her in the spotlight, but she made one of those appearances on Wednesday January 14.

As gorgeous as ever, Schiffer walked the red carpet for the world premiere of the film, Kingsman: The Secret Service in London and although she was there in support of her husband, the film’s director Matthew Vaughn, it was Schiffer getting all the attention.

She showed off her long legs in a black and white Antonio Beradi mini-dress looking just as many people remember her during her supermodel hay days.

Although she hasn’t been on the red carpet, she has been busy as Claudia just launched her ULTIME hair collection this month which includes shampoos, conditioners, treatments and hair color as her ultimate blonde look has been the subject of envy since she began her career.

Claudia was once engaged to world famous magician David Copperfield from 1994-1999 before the two broke up, she then married current husband Vaughn on May 25, 2002.

Together Schiffer and Vaughn have three children, Caspar, 12, Clementine Poppy, 10, and Cosima Violet, 4.

Also Check Out: 7 Forgotten Supermodels From The 90s: Where Are They Now?