Co-Stars Reflect On Paul Walker Ahead Of “Furious 7” Release 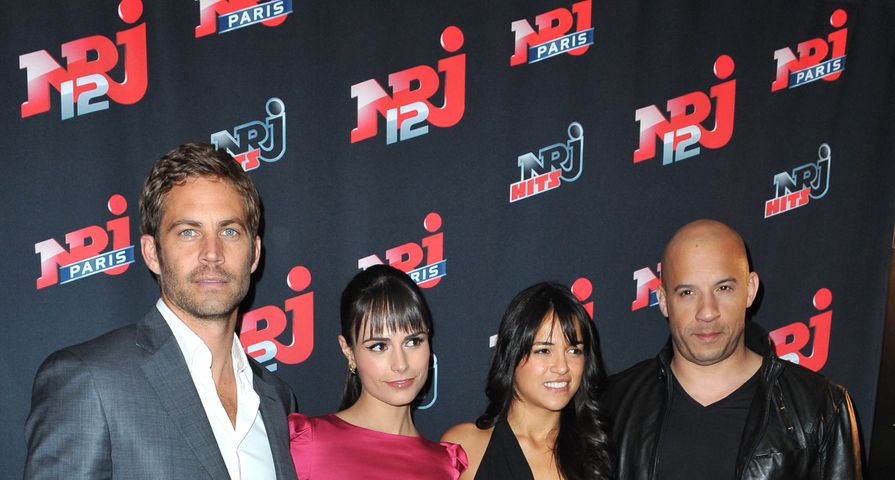 Coming up on the 2015 release of the seventh and final instalment of the Fast and the Furious movie franchise, as well as the one year anniversary of actor Paul Walker’s tragic death, his Fast co-stars are reflecting on the actor and the movie that was finished without him.

Jordana Brewster who plays Mia Toretto in the franchise recently spoke to Cosmopolitan for Latinas about how much the loss of her friend and co-star has affected her life.

“It’s the most difficult thing I’ve ever been through. Just yesterday, I had a moment where I thought, Oh my God, I’m never going to feel the way I felt when I hugged him. We shared so many years of friendship, and he embraced life so much. The thing about Paul is he said hello to everybody. He didn’t see people as different,” she reflected.

She also recently spoke about Walker’s part in Furious 7 which was in the process of filming at the time of his death, “I’ve seen the trailer and the trailer’s amazing and he’s amazing in it,” she commented.

As well as Jordana, co-star Michelle Rodriguez was asked about what Walker would think of the film’s trailer ahead of its release which premieres Saturday during Live From Furious 7.

The actress responded by doing a loving impression of Walker, “He would gaze with his beautiful blue eyes and that wonderful, amazing, childlike smile that he would get whenever he’d have, like, a cargasm…[his smile] would just go from ear to ear, and he’d be like, ‘Finally, it’s in the f–king can!'”

His shocking death led to Walker’s brothers Cody and Caleb stepping in as his body doubles to finish the film, as the cast still deals with promoting the film without him.

Vin Diesel also posted a picture of him and Walker from the set on his Facebook page, writing, “Surreal, profound and bittersweet…You will see the trailer Saturday…”

Paul Walker passed away on November 30, 2013 in a single vehicle crash when the car he was a passenger in crashed at high speeds and burst into flames.