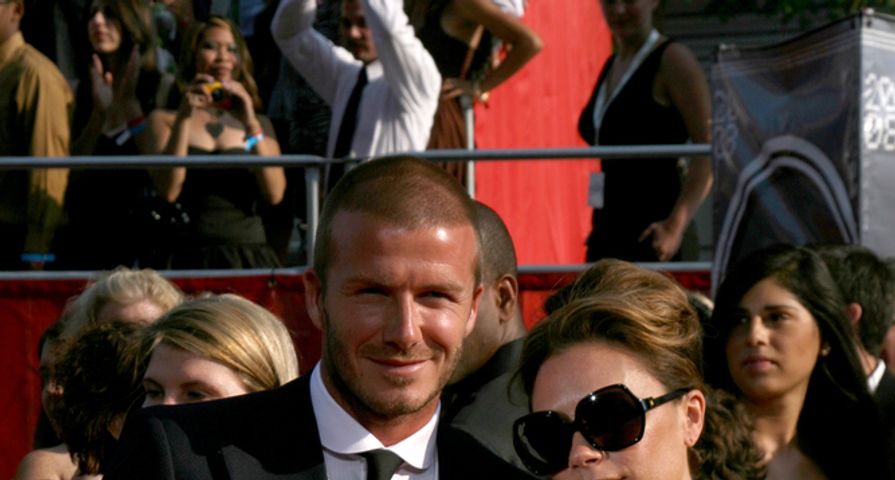 The paparazzi have made themselves downright loatheable over the past 20 years. Perhaps we all share some blame, being as celeb-obsessed as some of us are. The paparazzi are like the priests bring sacrifices to the alters of these false gods… then they kill the gods.

David Beckham is a celebrity who serves as a meal ticket for the paparazzi, but one smarmy d-bag recently hung Beckham out to dry, based on speculation and assumption.

David made a quick stop in his Range Rover to run some errands. His children were with him. He left the kids in the car, and proceeded to grab a few items, including some dry cleaning. When he returned, the paparazzi grilled him for leaving children in the car.

Now. This would be a huge story–HUGE–had Beckham just left his kids in the car with the windows up on a hot day. And yep, that’s what makes headlines–that something like that actually happened: David Beckham left his kids in a car alone.

The truth of the matter? Not so dramatic. The car was left running with the air-conditioning on, and the kids’ nanny was present the entire time.

These are the stories that make you want to declare war against the paparazzi. They shouldn’t have license to lead false headlines and information to a rabid public. And they wonder why these celebrities never want to talk to them…

Was David’s parenting really called out by a paparazzi, or was the paparazzi just an uneducated fool who was looking to stir the pot for a response? Check out the video below, and you be the judge.