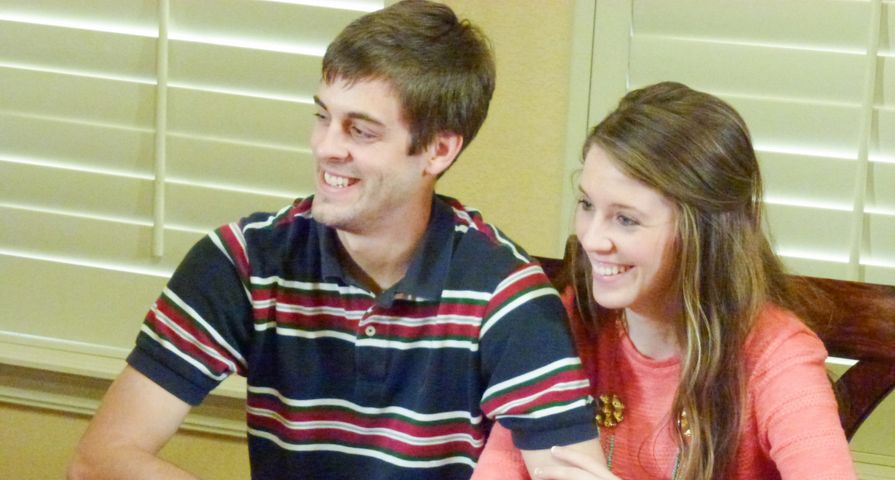 It’s a boy for the Dillard-Duggars!

The fourth eldest child from the 19 children of the Duggar clan, Jill was the first daughter to get married out of the group.

Jill and Derick Dillard were introduced through her father as he and Derick were prayer partners and dad, Jim Bob, thought Derick and Jill would get along.

They spent a lot of time building their relationship via online communication since Derick was in Nepal doing humanitarian work.

They finally met face to face when she and her father travelled to Nepal when she was fairly sure she wanted to begin a courtship with him but wanted to meet him in real life first.

As per family rules surrounding their beliefs, a courtship has very limited physical interactions including no kissing and no frontal hugs, they have to be side hugs!

After sharing their first kiss on their wedding day on June 21, 2014, it was only a few weeks after that Jill announced she was already expecting! Now 18 weeks along, the two have confirmed they will be having a boy and are very excited for their new addition.

“I was really excited. As a new dad, to have a firstborn son to be our first child and be the leader of his siblings, it is very special,” dad-to-be Derick said.

The oldest Duggar, Josh was the first to marry and has three children with his wife Anna. Now, Jill’s younger sister Jessa is getting set to marry her fiancé Ben Seewald in Novemeber after getting engaged in August. The Duggar family just keeps getting even bigger!