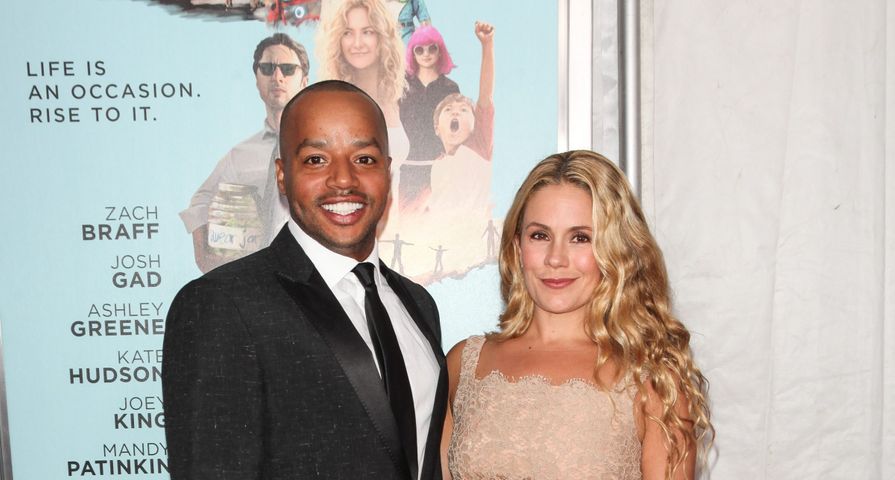 Scrubs actor Donald Faison is getting set to be a dad, again!

Faison and wife CaCee Cobb made the announcement with their first son, Rocco, who is 14 months old.

In a photo on CaCee’s Instagram account, Rocco has a big smile on his face while the words, “I’m a big brother” and balloons in his hand have been photoshopped into the picture.

Cobb, who is best friends with Jessica Simpson shared her first preganancy woes with the star as they were pregnant at the same time.

When Jessica isn’t around though, Faison is heavily relied upon, “My character at work is a ladies’ man. When I go home, I’m a b–ch. I’m her b–ch,” the actor joked about his relationship with his wife.

The two dated for six years before getting married in 2012 in Los Angeles at Faison’s Scrubs co-star and best friend, Zach Braff’s house.

Faison, 40, is no stranger to fatherhood as the new baby will be his sixth! He has a 17-year old, Sean, from a previous relationship as well as three children, Dade and Kaya, 14, and Kobe, 12, from his first marriage to Lisa Askey.