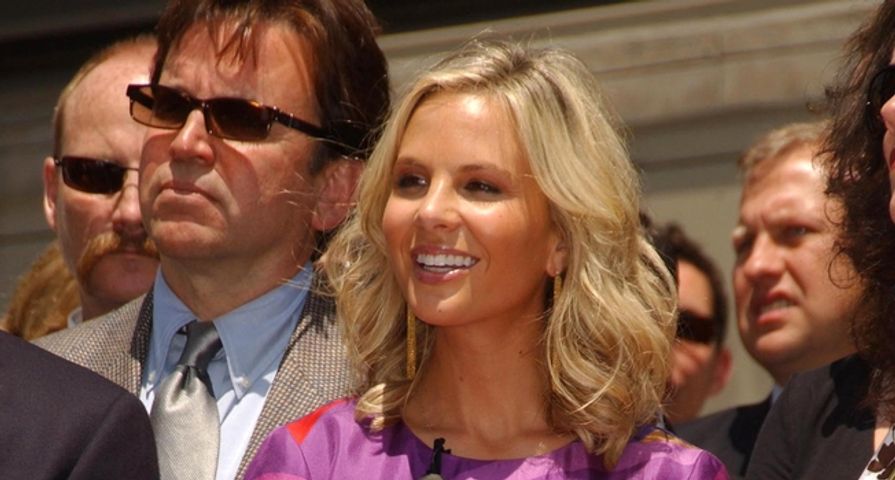 Fox and Friends cohost Elisabeth Hasselback, 37,returned to the show after a month long absence, and amid celebrating her return she emotionally explained the cancer scare behind her absence from the show.

When the show opened Elisabeth stated, “I had a tumor in my abdomen. Doctor said, ‘You’ve got to get it out by the end of the month. We don’t like how it looks.’ I was facing something that could have potentially gone either way.”

Hasselbeck then explained how she had it removed immediately but then faced a terrifying waiting game to hear if it was indeed cancerous or not.

“I had a scary week where we didn’t know what the results were. But I’m okay. Everything came back okay. Surgery’s not fun, but it is  necessary to find out if you have something really terrible in you or not. And thankfully I had the blessing of it not being cancer,” she announced on the morning program.

She also took the time to thank everyone in her life, both personally and professionally, who helped her through the ordeal.

“I could not be more thankful for my family and my friends who’ve stuck by me with incredible support. And really, starting from the top down here, Mr. Ailes [Fox News CEO], and this entire Fox family treated me like family the entire way. I’m not a person who thinks or believes I take a lot for granted, but I certainly don’t take it for granted now.”

She became emotional while talking about the experience with her cohost and stated, “So many women and people I know have stared down the barrel of that cancer gun, and looked at when they have gotten bad news…and done remarkable things, courageously, to fight it […] I didn’t get that message and answer from my doctors. I got a clear and clean bill of health, and I’m thankful.”