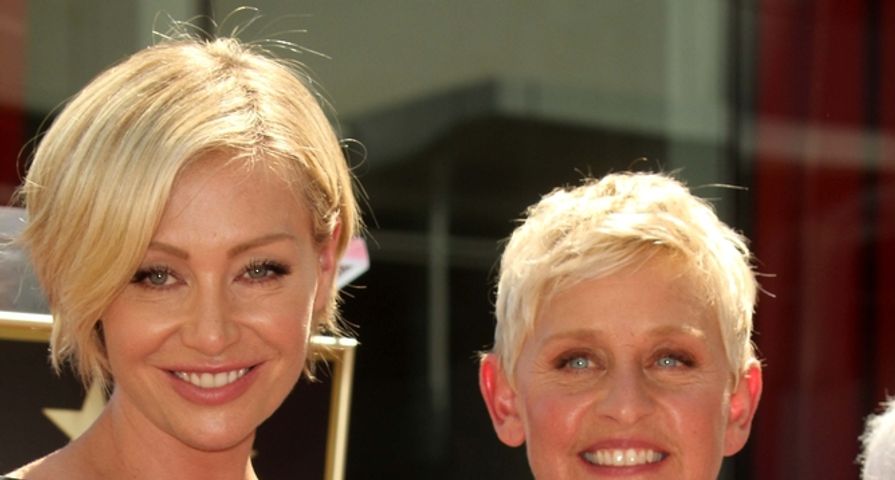 There’s a whole other side to hilarious comedian and talk show host Ellen DeGeneres that you haven’t seen…yet.

Known for her wit and great sense of humor, Ellen, 56, along with her wife, Portia De Rossi, 41, got together for their newest version of this year’s holiday card.

A week before she showed off her new holiday card, Ellen debuted her and Portia’s first one which was red-and-white with “Silent Night” on the front and opens up to a picture of the two beside a Christmas tree and the words “…because we don’t have any kids.”

While that one was funny, Ellen took it one step further when revealing their second card choice.

On The Ellen DeGeneres Show on Monday November 17, Ellen said she had a second option to show everyone and encouraged everyone to order from Shutterfly using the promo code Ellen for which she would make a donation to two charities.

All seriousness aside she premised the reveal by stating, “I showed you the first one we made last week. Here’s the second one we’ve come up with. Again, we’re just trying. We don’t know what we’re gonna do yet.”

“It says Happy Holidays and a Shiny New Year…shiny new rear,” she joked while showing off the card which shows Ellen and Portia showing off their behinds in a spoof of Kim Kardashian’s “break the internet” cover for Paper magazine.

While many stars have taken the opportunity to mock and make fun of the jaw-dropping Kardashian photo, Kim’s sister Khloe came to her defense.

“If you got it, flaunt it! People were just so hard on her during her pregnancy, that I think she feels so liberated to show everyone ‘Look how bomb I look!’ So I kind of love that she’s saying a big eff you to the world.”

Also Check Out: 10 Scandals That Have Rocked The Kardashian Clan