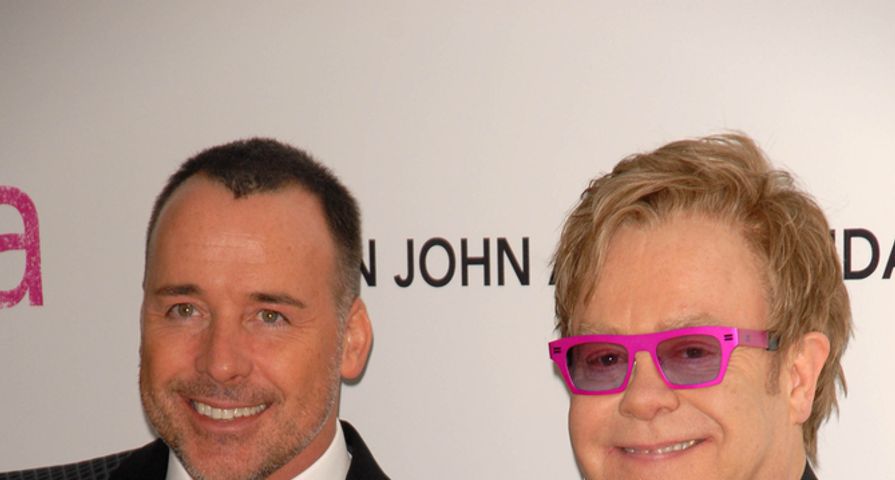 Elton John and his longtime partner David Furnish have tied the knot!

The 67 year-old British pop star officially asked all of his fans to “attend” the event via an invitation posted on his Instagram account.

“Please join us this Sunday @DavidFurnish and I will be posting special moments from our big day,” he wrote.  Check out the video to see the photos from Elton’s wedding!

Elton also used Instagram to share photos of their special day, first snapping a photo of that his son Zachary Jackson Levon Furnish-John (3) took of his brother Elijah Joseph (23 months), who was standing close to his dads as they exchanged vows.

“Zachary grabs David’s iPhone and takes a photo of his brother while we exchange our vows. #ShareTheLove,” Elton captioned the adorable snap.

“As ring bearers, Zachary and Elijah each carried their own bunny. Our wedding rings were tied to the ribbons adorning their necks. #ShareTheLove,” he wrote.

Elton and David decided to get married after England legalized same-sex marriage back in March. The couple has been together for two decades.

The ceremony took place at Elton’s home in Windsor, which is about 25 miles away from London. Celebrity guests included Ed Sheeran, David Beckham and his wife Victoria, Elizabeth Hurley, singer Lulu, and Hugh Grant.