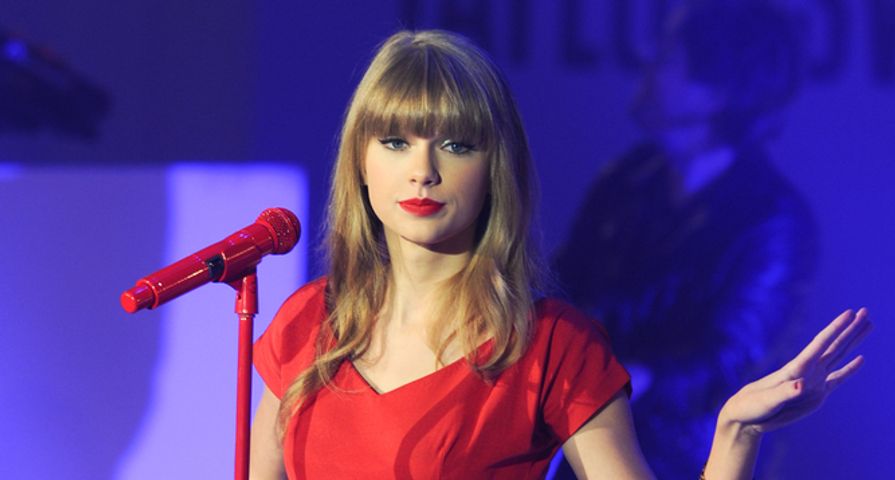 When you read the headline “Fan Rushes the Stage at Taylor Swift Concert,” you probably imagine the fan being tackled, and removed from the premises within a moment. Nope. Not in this video. This is one of the better stage-rushing videos out there. This dude goes for the ultimate, and achieves his goal of personal contact with Taylor.

The incident occurred on Saturday night in London’s O2 arena. Nobody was harmed, Taylor kept rocking like a total pro and this fella has the story of a lifetime. “Security” services in the United States should take note.

As you’re watching the video, keep your eye on the lower right hand corner of the screen. In stage speak, this is an extended, downstage left apron or catwalk. For the rushing fan, it was nothing more than a runway for take off. When you see him take the stage, you immediately think, “Ohp. And cue security…” But security fails to show, as the fan makes it onto the main stage, then to center stage, then all the way up the grand staircase to stand face to face with a shocked Taylor Swift.

Making the moment even better is the fact that cameras were capturing Taylor, and her close up was being broadcast on the monstrous screen overhead.

The fellow got a handshake, and it looks like he gives her something, but it’s a little hard to distinguish. Surely, to make a run like that, he had a letter or a gift, right?

Check out the video, and see the crazy moment for yourself!