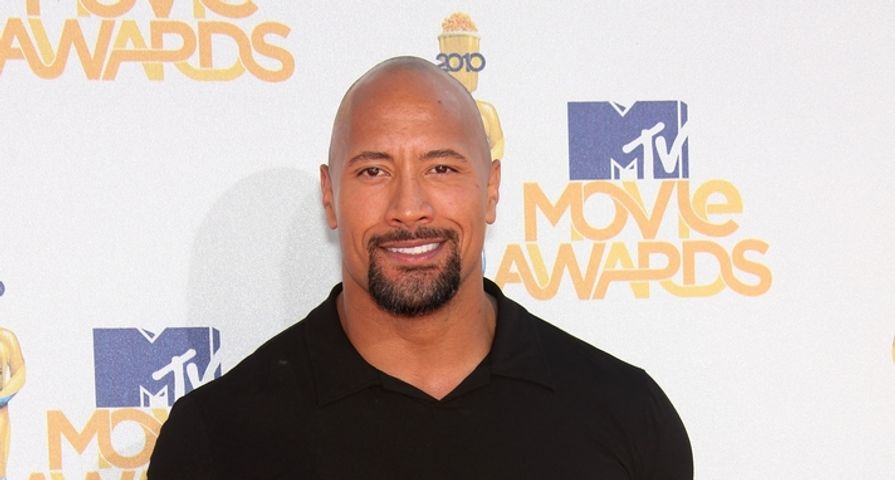 For everyone who may be getting sick of the onslaught of superhero films at the box office, don’t worry, there is also yet another disaster movie on the way starring Dwayne “The Rock” Johnson.

While he doesn’t play a superhero, naturally he is still the hero and this time he is on a mission to save his daughter after a massive earthquake destroys California.

In the first trailer for San Andreas from Warner Bros. and Village Roadshow Pictures, the film brings the very scary reality of a huge earthquake hitting California to life through extreme dramatizations of what would happen to the massive urban center.

Johnson plays a rescue-chopper pilot who teams up with his ex-wife played by Carla Gugino to find and save their daughter played by True Detective’s Alexandra Daddario when a 9.0 magnitude earthquake breaks down everything from the Hoover dam to the Hollywood sign.

While disaster movies may feel fairly overdone at this point, the trailer sure peaks interest and fans of “The Rock” know he is always good for some solid entertainment.

The San Andreas trailer is building up anticipation for the film that is set for release in May 2015.

Until then Johnson’s new TV series “Wake Up Call” will air on TNT on Friday December 12 and is described as a “transformational” reality series as “The Rock” helps people overcome challenges to achieve their dreams.

“In 1995, I had one goal- to become a pro football player. Then I got cut, I had seven bucks in my pocket and no future. I rebuilt myself and started over,” he said of his own “wake up call.

Also Check Out: 7 Worst Movies That Were Based On True Stories