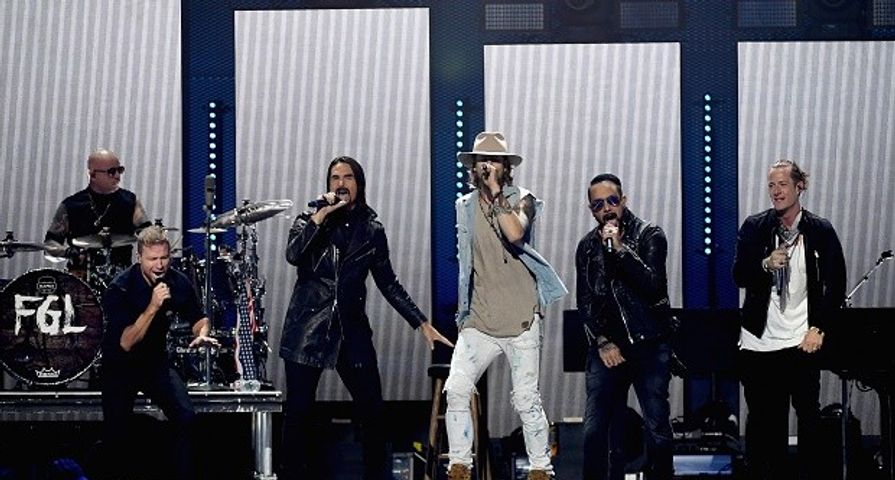 Country superstar duo Florida Georgia Line will be joined by fellow country artist Chris Lane as well as ’90s rapper Nelly and none other than the Backstreet Boys for their upcoming Smooth Tour.

While FGL are doing the tour with Lane and Nelly, the infamous boy band will only be joining them for the Boston, Minneapolis and Chicago stops on their tour, the country duo announced during an appearance on Good Morning America. Prior to the tour, the Backstreet Boys teamed up with FGL for their current single “God, Your Mama and Me” from their Dig Your Roots album. With Nelly and Chris Lane opening, the dates including the Backstreet Boys will be July 7 at Boston’s Fenway Park, July 29 at Minneapolis’ Target Field and August 12 at Chicago’s Wrigley Field.

The whole tour for the “H.O.L.Y” singers begins on June 2 in Austin, Texas at the Austin360 Amphitheater and goes around the U.S. before finishing up with two dates on October 20 and October 21 in Alpharetta, Georgia at the Verizon Amphitheater.

Check out the music video for “God, Your Mama, And Me” ft. Backstreet Boys below: