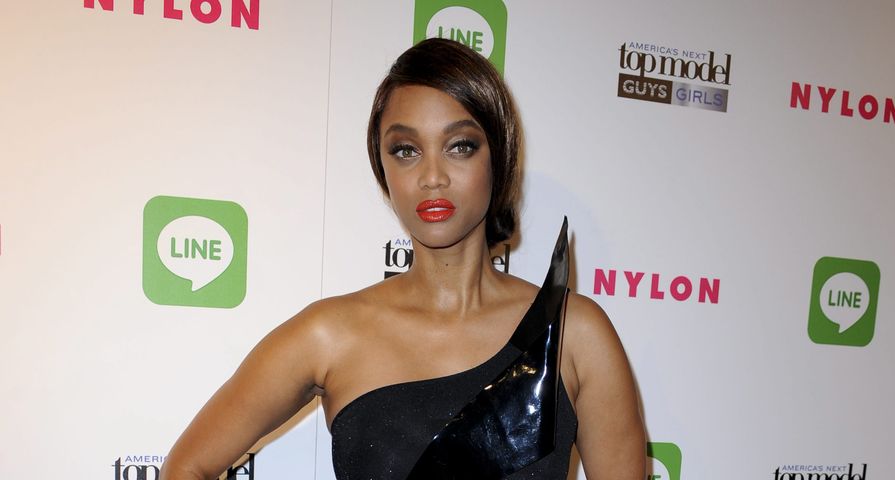 Fans of Tyra Banks’ reality competition show America’s Next Top Model are well aware that the claws come out and the girls get vicious when it comes to winning the competition and landing a modeling contract, however, Tyra is learning that sometimes that happens long after someone has left the show.

Former contestant Angela Preston first appeared on the show in Cycle 14 in 2010 but then came back for Cycle 17 in 2011 for the “All Stars Season,” where she claims she was wrongfully denied the top prize.

On Wednesday December 10, Preston filed a breach of contract suit for $3 million against both Banks, the show’s producer and the entire CW network.

The lawsuit claims that Preston actually won the competition and was supposed to get the package that included a $100,000 contract with CoverGirl cosmetics as well as be featured in a magazine spread but Preston is saying she was wrongly disqualified after the network learned about her past working as an escort.

In the final episode of the season, judge Nigel Barker announced Preston had been disqualified and as a result Lisa D’Amato was awarded the top prize and became America’s Next Top Model, everything that Preston says she is owed.

In the suit Preston also states that she was wrongfully disqualified because she worked as an escort prior to appearing on the show, not during, which she says doesn’t violate the show’s rules.

The CW issued a response to the situation stating, “As noted during the broadcast of America’s Next Top Model finale in 2011, information about Angela was learned after production wrapped on that cycle that led to her disqualification from the competition. We are confident that her lawsuit has no merit.”