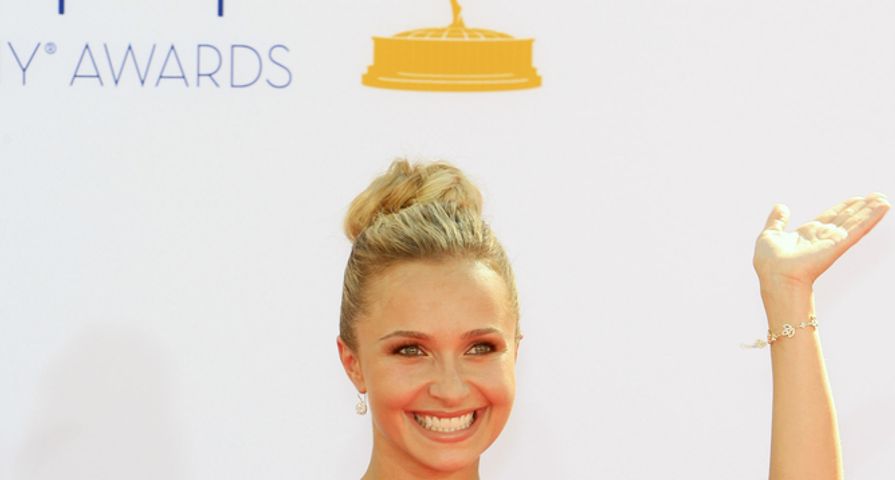 It’s a girl for Hayden Panettiere!

The 25 year-old actress has welcomed a baby girl with her fiancé, boxer Wladimir Klitschko. The little tyke, named Kaya Evdokia Klitschko, weighed in at 7 lbs., 14 oz. and measured 20 inches.

“We are over the moon and madly in love!” Hayden and Wladimir told People magazine.

“I’m thrilled that I am having a girl first because I feel like I know a lot about raising a strong woman. I feel very empowered myself and I think my daughter will, too,” Hayden told Hello Magazine last month.

The Nashville star also shared details about her pregnancy weight gain: “I started out at 106 pounds and guess how much I weight now? Around 145 pounds!” she said. “The worst part is that my feet are still size five and they’re going, ‘What’s going on with all this weight?’ They’re about to snap from underneath me with the strain!”

Hayden and Wladimir got engaged back in October 2013 and announced the pregnancy in May of this year. She accidentally spilled the gender of her baby during a red carpet interview at the 2014 Emmy Awards.

After letting the sex slip, she talked about how excited she was to get her nursery ready and go shopping for baby items.