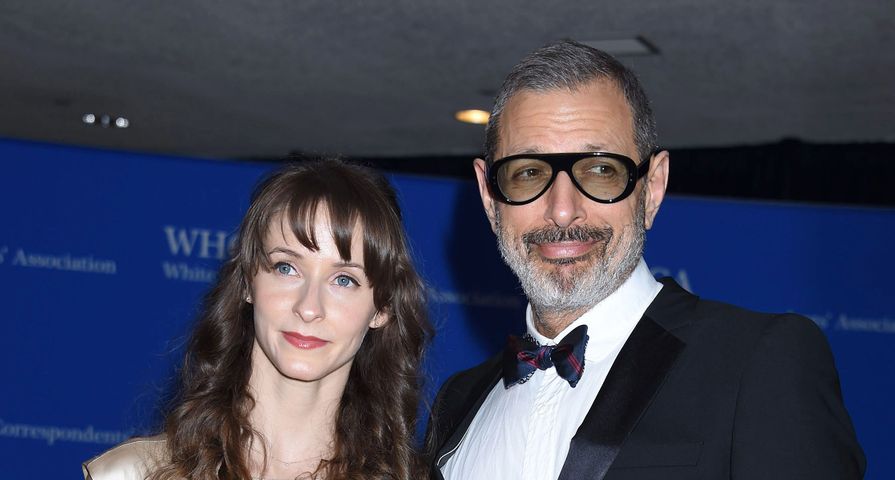 Actor Jeff Goldblum, 62, and fiancee Emilie Livingston, 31, wed on Saturday November 9 in Los Angeles at the Chateau Mormont hotel his rep has confirmed.

Goldblum and Livingston who is an actress, gymnast and aerialist met in 2011 and announced they were engaged in July 2014, the couple then celebrated by taking a romantic trip to Hawaii together.

Livingston posted pictures of her ring on Twitter, writing, “So in love!!” along with a picture of the pair hugging with the caption, “#initforlife.”

Livingston also posted on Instagram after the wedding with a picture of a Dom Perignon champagne bottle along with the caption, “Excited to see our pictures from our photographer but right now feeling so loved after a magical and enchanting evening on Saturday!!”

As for the Jurassic Park star he gushed about his love in December 2013 in an interview with Broadway magazine, “I’m happy as a clam with her. I feel lucky, lucky, lucky,” he stated of his love.

This wedding marks the third marriage for Goldblum who was previously married to Silverado co-star Patricia Gaul from 1980-1986 and then Geena Davis who he co-starred in three films with, the couple were married from 1987-1990.