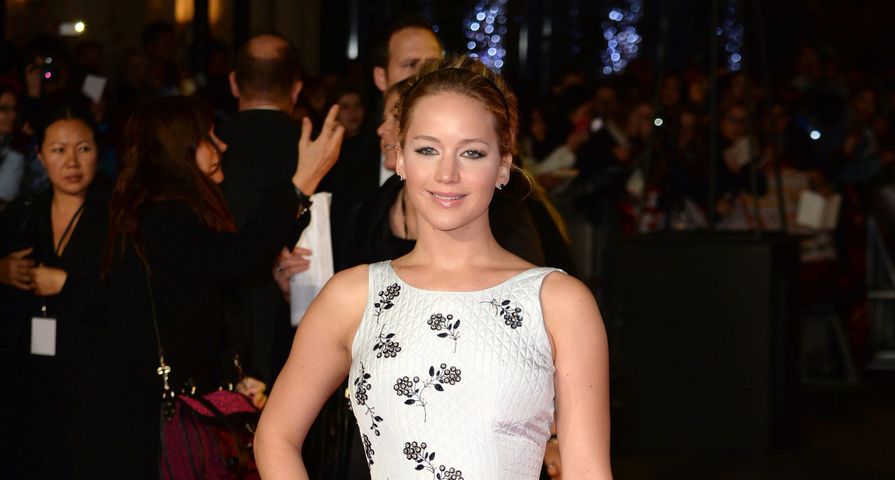 Jennifer Lawrence may be one of Hollywood’s most talented actresses at only the age of 24, but it turns out her singing skills come nowhere close to her acting.

While on the Late Show with David Letterman on Wednesday November 12, Lawrence discussed her singing “The Hanging Tree” for a scene in the newest film of The Hunger Games franchise, Mockingjay: Part 1.

“That’s where I felt like going that morning I showed up,” she joked to Letterman about the song title and the fact she hated having to use her actual singing voice for the film.

“I was like, ‘Will you guys please get like Lorde to really sing it and I’ll lip synch?’ They said, ‘No, it’s really your voice.'”

Lawrence also explained that she has a good reason for hating singing in front of people after a childhood experience that has “scarred” her ever since.

“I have a mother, a Souther mother, who used to just tell me that I was amazing at everything, and I could do everything but I can’t, and this voice like this tone deaf, Amy Winehouse, I had when I was like 8, and so I sang in front of the school ’cause I was like I can do that, I can do anything,” she said of her first experience of singing to a crowd.

She also went on to say how her dad found it hilarious and imitated her for a week singing a horrible rendition of “Holly Jolly Christmas.”

While she may not like it, she is always a good sport and JLaw gave it her best to recreate her 8-year old singing voice ending in a hilarious round of the Christmas song between Letterman and Lawrence.

Check out the clip below!