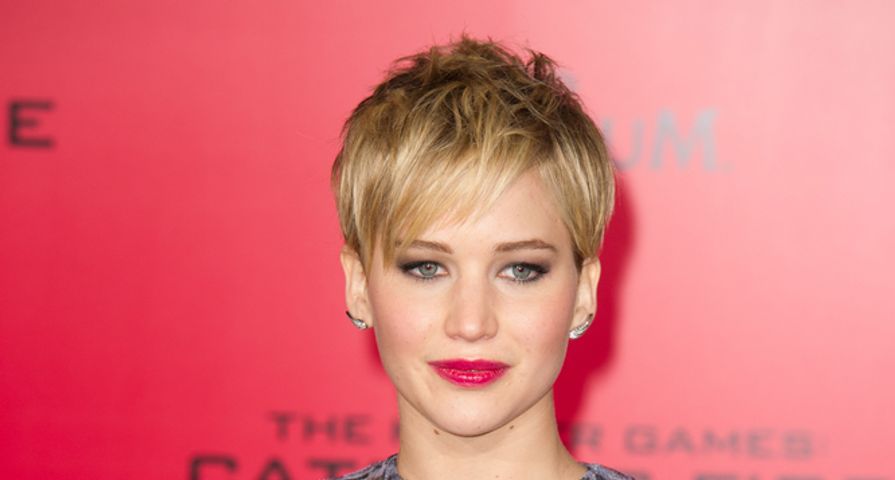 The Hunger Games star, Jennifer Lawrence is one of the most in-demand celebrities right now. At only 24, she has played a role in many huge films and has gained admiration and respect from peers and fans for being a celebrity who is down-to-earth and real.

Another great thing about Lawrence is that she is never afraid to speak her mind and is always candid.

As the cover girl for November’s Vanity Fair, her interview touched on many subjects including the photo scandal she was involved in as well as her take on the perfect boyfriend.

Jennifer Lawrence dated another young, hot star, Nicholas Hoult, for almost three years but they broke up in August.

She has recently been linked to not so young star, Coldplay’s Chris Martin, who is 13 years her senior and a father of two.

When she explains her ideal qualities we instantly have to wonder if these apply to Martin. One of the important things she looks for is his taste in television, ” I would just rather have somebody that has the same taste in reality TV”, the star stated and goes on to gush about her love of all the Real Housewives series.

She also added eating habits are important, but in the not typical celebrity way, because Jennifer wants someone who can eat whatever, whenever and be happy about it.

One of the most shocking but typical J-Law things she stated about the perfect guy and relationship was, “[I want someone who] isn’t afraid to fart in front of me [rather] than have big, passionate love. [Those relationships] are deeper because you can be your true self with somebody, and somebody can be their true self with you.”

Well, if she is talking about Chris Martin, that has got to be quite the change for him. His ex-wife, Gwyneth Paltrow, doesn’t seem the type who would appreciate anyone farting in her presence.