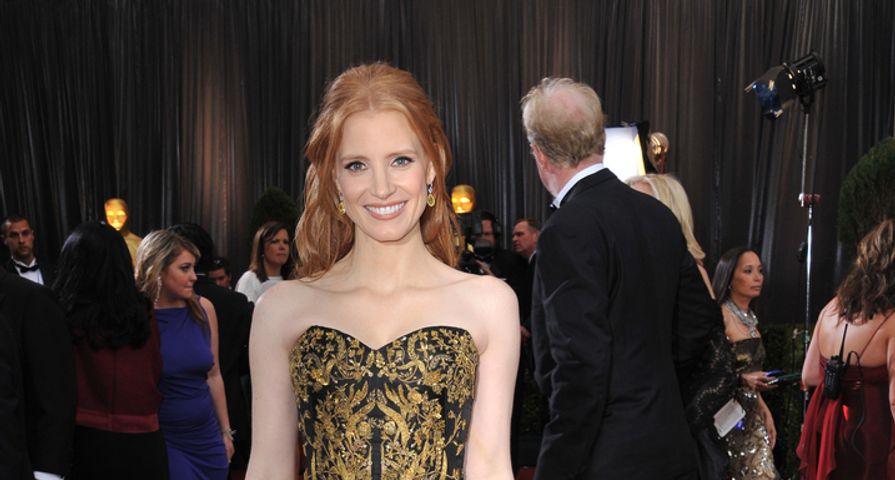 Jessica Chastain has been named MVP — and she’s not even a jock!

After a glowing introducing from her Zero Dark Thirty co-star Chris Pratt, the 37 year-old  was presented with the MVP Award at the Critics Choice Awards, marking the first time the honor was bestowed on any actor.

Admitting she’s new to the sports title of “MVP,” Jessica defined what the award meant to her. “The definition I liked is, ‘A player who is valuable to their team,’ and I loved the wording of that being part of a team,” she explained.

Jessica thanked the casts and crews of the films she’s worked on recently, including A Most Violent Year, Interstellar and The Disappearance of Eleanor Rigby.

Then she used her speech to call out Hollywood for its lack of diversity.”Today is Martin Luther King Jr.’s birthday. So it got me thinking about our need to build the strength of diversity in our industry, and to stand together against homophobic, sexist, misogynistic, anti-Semitic and racist agendas,” she said.

“I’m an optimist and I can’t help but feel hopeful about the future of film—especially looking at all the beautiful people in this room. Martin Luther King Jr. said, ‘Our lives begin to end the day we become silent about things that matter.’ I would like to encourage everyone in this room to please speak up.”

Check out the video to see more from her inspiring speech!