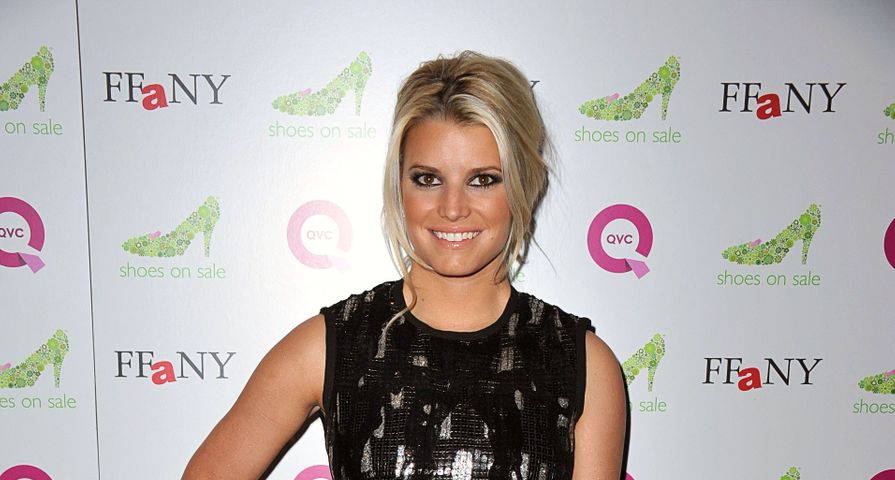 No one has ever accused her of being the sharpest knife in the drawer, but you can’t deny her legs could cut through steel. Jessica Simpson is looking lean, sexy-mean and once again ripe for the paparazzi.

The 33 year old mother of two has greatly slimmed down since giving birth to her second little boy. In fact, slimmed down is inaccurate. The girl is toned on top and cut on the bottom. She looks like she has been sprint training with the United States Track & Field team.

Jessica has not been shy about putting her stems on display, and why should she be. After all the ridicule she lived with for being pleasantly plump, pre-pregnancy, she should use those legs to offer a swift, roundhouse kick to every publication which likely criticized her for being “too big.”

While Jessica is game for doing legitimate photo shoots, and being snapped by the paparazzi when she’s out and about, she’s not always interested in being captured by their dime-a-dozen techniques and tactics. Recently, she decided she’d duck down in a vehicle, hiding out from the paparazzi, and do some photography of her own. What resulted was a little something she teased on social media, saying she would pose for her fiance, Eric Johnson, while hiding from the paparazzi.

Perhaps some of the photos were of the “only for Eric” variety, and good for her–she’s dashing a little spice in that relationship after babies. Still, the one she posted for fans was enough to put the goods on display.

Wanna see it? Check out the video below!