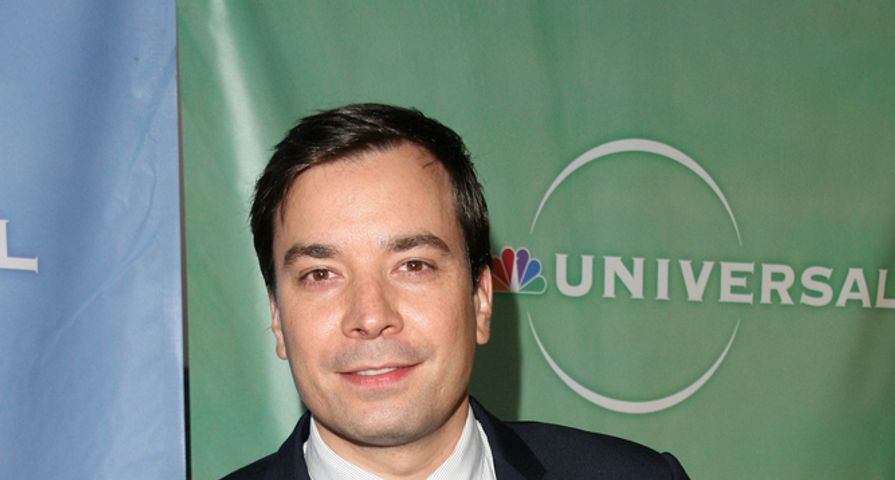 In no time at all two big events occurred in the life of actor, comedian and The Tonight Show host, Jimmy Fallon, 40.

On Wednesday December 3, Fallon and wife Nancy Juvonen surprised everyone with the announcement of the birth of their second child and second daughter, Frances.

A rep for Fallon and Nancy confirmed the birth in a statement that reads, “Frances Cole Fallon officially entered the world at 8:45 a.m. on Dec. 3, weighing 5lbs, 11 oz. and is 18.5 inches long. Their new addition joins big sister, Winnie Rose, 1. The couple opted to keep their baby joy to themselves until their new daughter, Frances Cole, made her official debut. Both Fallon babies were born via surrogate.”

On Wednesday evening Fallon then tweeted out “Franny sends her thanks.” in response to all the well wishes he received for his new arrival.

Back in June, Fallon talked to People magazine about his burgeoning role as late night host and as a father at home,”This has been the craziest year of my life. But being a father is the most exciting, amazing thing that has ever happened to me. And everything’s going well on the show. My life has never been this cool.”

Little did he know it was going to get so much better, not only with another beautiful daughter but he was always recently named the 2014 Entertainer of the Year by Entertainment Weekly, marking the incredible success of his show hosting the world’s biggest celebrities.