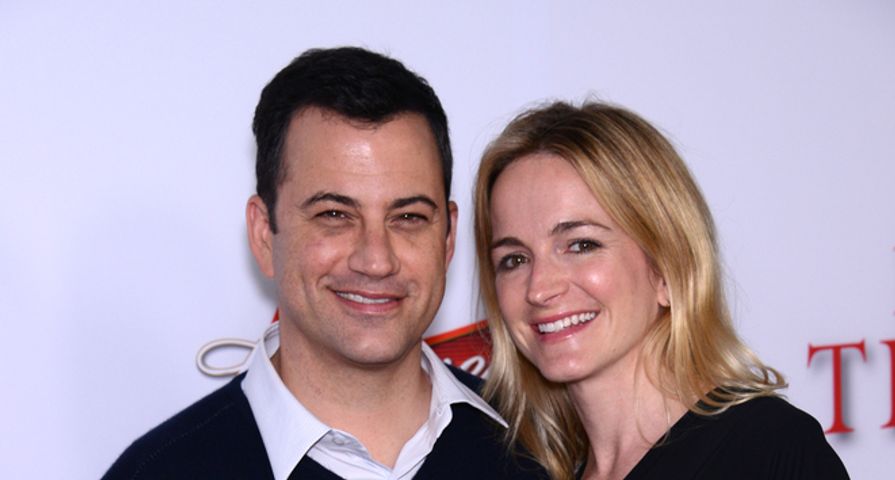 He’s doting. Genuinely. Jimmy Kimmel is a father for the third time, and he has been stoked like a fire. He came back to Jimmy Kimmel Live this week, and let people know that there were a few good reasons for his staycation. Namely, the birth of his little girl.

When Jimmy returned to his show, he made the forgivable faux pas of saying, “I had a baby–my wife had a baby…” and then went on to display several photos of his new little girl, Jane. In one of the photos, Jimmy’s influence is already undeniable in the babe. Jane is smirking. It’s pretty awesome.

Jimmy is absolutely smitten with his new addition, and obviously he is still smitten with Jane’s mother, Molly McNearney, who was a head-writer on Jimmy Kimmel Live before the two started dating. They were only married a year ago, but new they wanted to get the family started in the immediate. The pregnancy was announced in February of this year, and now, healthy little Jane is here. Everybody loves a baby.

There’s little doubt that we’ll hear a lot more about baby Jane in the upcoming months and years of Jimmy Kimmel Live. As mentioned, she seems to have a streak of Jimmy in her, so we shouldn’t be surprised to see her featured in a couple segments within the next five years.

To see the adorable pictures of Jane, and hear a few of Jimmy’s jokes upon his return from hiatus, check out the video below.