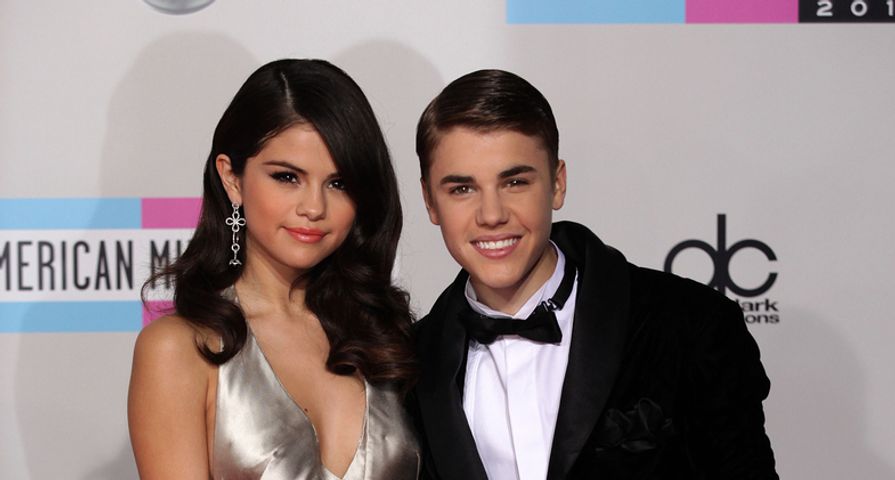 Justin Bieber and Selena Gomez have jetted off on a romantic getaway!

Justin, 20, and Selena, 22, were spotted landing together at the Waterloo airport in Canada, Justin’s home country. They were even holding hands, ready to start their romantic trip.

The pair has been notoriously on-again and off-again, but in recent weeks, their romance seems to be heating up. They attended a bible study session together in Los Angeles, celebrated a night out at Dave & Buster’s (which ended in the police being called because Justin got aggressive with someone who tried to take a video of them — but you know, par for the course when you’re one of the most famous couples in the world) and have posted a number of cutesy photos of themselves to their social media accounts.

In Canada, Justin even took Selena horseback riding — what a romantic outing! He also posted a selfie of himself wearing a cowboy hat, writing on Instagram, “They gave me the sad cowboy hat.”

But it seems he has nothing to be sad about, if he’s back together with Selena for good!

Selena hasn’t posted anything to Twitter or Instagram in a few days — perhaps she doesn’t feel the need to broadcast that her romance with the Biebs is back on?