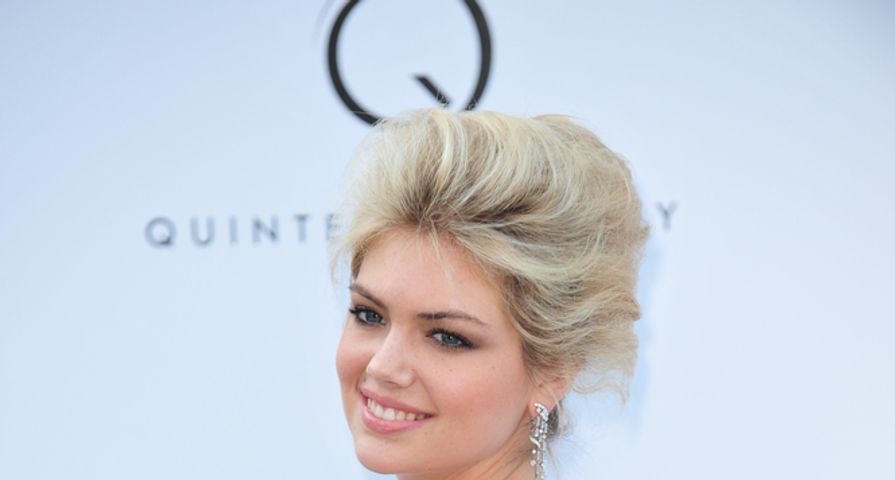 And finally, for some gender equality in the realm of sexy. People Magazine has added a sexy woman to the annual “Sexiest Man Alive” one-sided-ness.

We’re all aware that Chris Hemsworth was named the Sexiest Man Alive by People, a couple of months ago. Now, another blonde–of the female variety–has been welcomed into the “sexiest alive” family. The first female to be honored by People.

Kate Upton is a woman many men (and likely other women) dream about in various fashions. And fair enough, to a lot of people, she’s probably not very attractive. To the powers at People, she’s not only attractive, she’s most attractive when considering pure, unfiltered sexiness.

Kate jumped on stage to accept an award when named the sexiest of the sexiest, and thanked her brother, as well as her boyfriend, Detroit Tigers picture, Justin Verlander. Anyone else notice that Justin has become far less dominant since his relationship with Kate began? A simple observation.

Kate is a charmer, but she’s not the sharpest knife in the drawer. She expertly put her wielding skills on display during her acceptance speech, and in her interview following the awards ceremony. She did look stellar, yes. And she did flit about awkwardly after accepting the award.

Maybe People could have considered a “sexy” woman who is a little more well-spoken when crowning the first “Sexiest Woman Alive?” Or someone who carries themselves like a woman, as opposed to a young lady? But then, the other options probably didn’t have Kate’s… generous offerings.

To see Kate at the awards show, and hear her interview after, check out the video below.